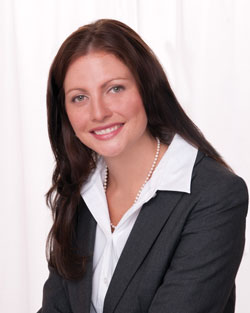 One morning last April, as 29-year-old Stefanie Salavantis was eating breakfast at her parents’ home in Luzerne County, Pa., she read in the morning paper that no one had stepped up to challenge the incumbent district attorney, Jackie Musto Carroll, in the upcoming election.

Salavantis says she couldn’t believe that no one was taking on the long-term prosecutor. After all, Carroll had served as first assistant district attorney during the height of the “kids for cash” scheme—when Michael Conahan and Mark Ciavarella, former Luzerne County judges, allegedly took $2.8 million from developers of private detention centers in exchange for placing kids in the facilities. (See “Town Without Pity,” ABA Journal, September 2009.)

“I thought to myself, someone needs to stand up,” says Salavantis, who at the time was working at an insurance defense firm. “Someone needs to say, ‘We’ve had enough with the same old regime in this area.’ ”

The next day, after running the idea by two veteran attorneys at lunch, she decided to mount a write-in campaign on the Republican ballot. Salavantis, who has never tried a criminal case—or even worked in the district attorney’s office, save for a one-month stint as an intern—not only secured a spot on the ballot but ended up unseating Carroll by a nearly 1,000-vote margin.

Salavantis spent about $238,000 on her campaign—much of it loaned by her father, a real estate developer. “I knew that I’d have to put in big bucks to get my name out there,” she says, adding that she preferred taking money from family, rather than having to “owe favors” to outsiders.

Though Carroll, a veteran prosecutor, was never implicated in the kids-for-cash scandal, Salavantis’ campaign focused on the scheme, which broke while she was still a student at Thomas M. Cooley Law School in Lansing, Mich.

Salavantis says Carroll was in a position of authority during that time. “You should be held accountable for what you did—or did not do—for that matter,” she says. Carroll did not return calls for comment.

Salavantis says that one of her plans for the office, which she took in January, is to make it run more efficiently by having prosecutors specialize in certain kinds of cases.