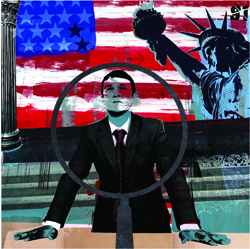 Just as the ABA Commission on Ethics 20/20 is winding down its review of the association’s Model Rules of Professional Conduct, another entity is gearing up to take a comprehensive look at the Model Rules for Lawyer Disciplinary Enforcement.

There is some logic to that coincidental timing, says Myles V. Lynk, who chairs the ABA Standing Committee on Professional Discipline, which will review the disciplinary enforcement rules. The two sets of model rules serve as bookends for the ABA’s guidance to states on the substance and procedure of their professional conduct systems for lawyers.

At one end of the system, the Model Rules of Professional Conduct are the direct basis for the substantive ethics rules for lawyers in every state except California (which uses a unique format combining rules and standards). Under Model Rule 8.4, it is professional misconduct for a lawyer to violate rules of professional conduct, or engage in other wrongdoing under ethics rules or substantive law. Model Rule 8.5 recognizes that a state where a lawyer is admitted to practice has primary disciplinary jurisdiction over that lawyer.

Since 2009, the Ethics 20/20 Commission has been studying the impact of technology and globalization on the Model Rules. In August, the ABA House of Delegates approved a series of revisions to the Model Rules proposed by the commission. Later this year, the commission will submit its final recommendations for consideration by the House in February at the 2013 ABA Midyear Meeting in Dallas.

At the other end of the system, the Model Rules for Lawyer Disciplinary Enforcement set forth a procedural framework at the state level for investigating and prosecuting complaints against lawyers in a fair and efficient manner while providing appropriate due process for the lawyers who are subject to allegations of wrongdoing.

The disciplinary enforcement rules haven’t been reviewed in their entirety since the early 1990s—shortly after their adoption by the House of Delegates in 1989—so they’re due for a thorough checkup, says Lynk, who is a professor at Arizona State University’s Sandra Day O’Connor College of Law in Tempe. “Simply as a matter of due diligence and good practice, we should review the Model Rules on a regular basis,” he says, to determine whether there are provisions that have become unworkable or whether there have been developments at the state level that they should be incorporate.

The professional discipline committee’s timetable for the project is still a bit open-ended, Lynk says. “I would love it if we could bring our recommendations before the House of Delegates sometime in 2014,” he says, “but we don’t know the depth and extent of comments we’ll receive. We are not entering this review with any assumptions about what rules need revision.” 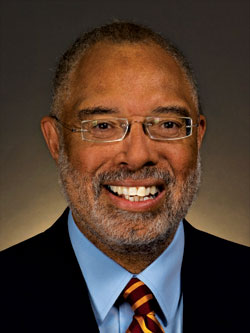 The committee’s plans to review the disciplinary enforcement rules have been getting support from other groups and individuals in the field, including the National Organization of Bar Counsel and the Association of Professional Responsibility Lawyers, but often with the qualification that the committee might not expect that its effort will lead to the same kind of uniformity that has been achieved with the Model Rules of Professional Conduct.

“I heartily agree that the time is right for a substantial review of the Model Rules, if not a little overdue,” says Douglas J. Ende, who is chief disciplinary counsel for the Washington State Bar Association in Seattle. “But there is a need to be sensitive to the reality of local variation and to recognize that there’s more than one way to skin this cat.”

Lynk says the committee will rely heavily on input from individuals and groups working in the ethics and discipline field. The committee recognizes that, while a significant amount of uniformity has been achieved in the substantive ethics standards adopted by the states based on the ABA’s Model Rules, localized rules are more essential to the lawyer discipline process, he adds.

The reasons for that difference are a combination of function and history.

In terms of function, the Model Rules of Professional Conduct reflect a fairly clear consensus on what constitutes ethical behavior by lawyers. But developing a system for enforcing those substantive ethics rules requires each state supreme court, which directs the process, to make decisions based on factors such as budgets, staffing and other local considerations that differ from one jurisdiction to another.

The other reality is that, while the ABA has been at the forefront of developing professional conduct rules since it adopted the Canons of Professional Ethics in 1908, most states already had implemented their own lawyer discipline systems by the time the ABA entered the field. In 1967, the ABA created the Special Committee on Evaluation of Disciplinary Enforcement, known as the Clark committee for its chair, retired U.S. Supreme Court Justice Tom C. Clark. In 1970, the Clark committee submitted a report to the House of Delegates warning that the disciplinary process was operating so ineffectively in many states that the legal profession’s self-regulation was at risk. The House adopted the report, which prompted many states to incorporate many of its recommendations, including adding public members to disciplinary panels.

In 1979, the House adopted the Standards for Lawyer Discipline and Disability Proceedings. Over the next decade, the professional discipline committee transformed the standards into a court rule format, which the House adopted in 1989 as the Model Rules for Lawyer Disciplinary Enforcement. That same year, the ABA created the Commission on Evaluation of Disciplinary Enforcement, known as the McKay commission for its first chair, Robert B. McKay, a former dean at New York University School of Law, who died in 1990. The commission was charged with conducting a nationwide evaluation of the state of lawyer disciplinary enforcement in the United States and recommending a model for responsible regulation into the 21st century. In 1992, the House of Delegates adopted all but four of the commission’s 22 recommendations, and in 1993, the discipline committee incorporated those recommendations into the Model Rules.

The ABA’s contributions have been important to the continuing development of effective disciplinary enforcement systems at the state level, Lynk says. “We needed to develop a system that is meaningful, transparent and accessible under the direction of the courts,” he says.

While the professional discipline committee still is in the startup phase of its review of the disciplinary enforcement rules, some issues already have begun to surface. Some of the issues being addressed by the Ethics 20/20 Commission are likely to also appear on the committee’s radar. Lynk says the committee is likely, for instance, to deal with the question of how disciplinary procedures should apply to lawyers from one jurisdiction who are allowed to practice at least temporarily in another jurisdiction—or to have a virtual presence in that second jurisdiction. Lynk notes that the ABA Task Force on International Trade in Legal Services is drafting a protocol on how national jurisdictions can communicate with each other about the disciplinary status of lawyers in foreign jurisdictions.

Ende says other key issues the professional discipline committee should address include the growing use of private disciplinary proceedings for lawyers, and the investigation and adjudication of cases involving lawyers who claim to lack the necessary mental capacity to respond.

Other topics already suggested to the committee include confidentiality and privacy issues in a digital environment, the role of nonlawyer members on disciplinary panels, and discovery procedures.

The professional discipline committee is undertaking its review of the Model Rules for Lawyer Disciplinary Enforcement at a time when it’s already plenty busy with other projects. The committee is working with the Standing Committee on Ethics and Professional Responsibility to develop proposals to revise the Model Rules of Professional Conduct and the ABA Model Code of Judicial Conduct to provide further guidance to the states on judicial disqualification and disclosure of contributions by litigants and lawyers to judicial election campaigns. Lynk says the committees, which also are consulting with the Judicial Division, hope to submit their recommendations for consideration by the House in February.

The committee’s ongoing work includes consulting with various states that invite the committee to assess their lawyer discipline systems, coordinating the National Data Bank on Lawyer Discipline, and conducting training programs for members of ABA sections and divisions on how to avoid discipline problems.

It’s a full plate, but Lynk is undaunted. “With only nine members,” he says, “I think we have one of the hardest-working committees in the ABA.”

Next:
A Text on Textualism, Part 2: Garner and Scalia Offer More Outtakes from Their Latest Collaboration