A Tale of 2 Associates: How polish and attention to detail can win the motion 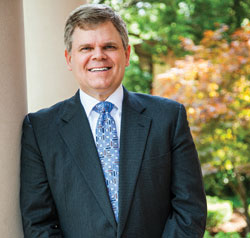 It wasn’t the first time that Jim, a fourth-year associate, had collaborated with Denise, a second-year—and it wouldn’t be the last. But much to her surprise, Denise’s editing of Jim’s draft motion was creating rancor.

Denise had highlighted several grammar and punctuation errors in the draft. Jim had repeatedly written: “Legislation and case law supports … .” Denise delicately pointed out the subject–verb agreement problem there. She proposed to make it “Legislation and case law support … .” She didn’t even raise the possibility of solidifying the term caselaw.

“As long as my grammatical mistakes are minor and don’t detract from the meaning or content, these mistakes don’t matter,” protested Jim.

“But the phrase appears three times in the motion!”

“The same principle holds no matter how many there are. Judges look past these grammatical trivialities. We’re not changing it.”

Denise pressed on: “That’s hardly the only thing, Jim. There are editorial problems in every paragraph of this draft.”

GETTING IN THE MOOD

“This is bunk. I guarantee this judge has never heard of the subjunctive and wouldn’t even tolerate talk of it in his children’s presence. You’re being ridiculous.”

“Jim, let me just enter my changes to your draft. I can correct all the grammar and punctuation. It’s no big deal, and the firm will look better. I meant my edits to be an act of collegial friendship.”

“Look. Judges who read my writing don’t care if my grammar is perfect. You’re right that it’s no big deal. And you’re wasting my time and our client’s money.”

“Jim, you asked me to read it over for you!”

“Yes. For persuasiveness, not pedantic flyspecking.”

“Well, I disagree about the effect of these changes. Even minor grammatical mistakes can change a sentence’s meaning. And even when they don’t affect meaning, they affect the judges’ and law clerks’ assessment of how careful and professional we are. We don’t want them to spend any energy overlooking the flaws to find in our favor.”

“Where’d you go to law school?”

“Jim, you know. In the Northeast.”

“Yeah. You’re an Ivy Leaguer new here in Houston. Well, I’m Texas born, bred and educated. So was this judge. And people like us don’t value your hoity-toity refinements. We like powerful writing.”

“Where do you think Judge Wilson went to school?”

“I’m not sure, but he’s a Texan through and through. I’ve been in several hearings with him.”

“You’re right that he was born here, but he was an English major at Williams College and then went to law school at Boston College. I checked yesterday.”

“Could we show my edits to Barbara, the partner who’ll be signing the motion? Let’s ask for a ruling.”

“That’s not necessary. She’s very busy. She’s asked me to be the gatekeeper on this sort of thing so that she won’t be burdened with needless review of first-

“Jim, you’ve misspelled both de minimis, which doesn’t end in -us, and in personam, which ends in -am, not -um. These aren’t judgment calls. They’re outright errors.”

“Look, language is an arbitrary system, and it changes. Grammar has changed over time, and judges in the past have used grammar that would be considered incorrect today.”

“Jim, good usage isn’t nearly as fluid as you’re suggesting. Besides, I’m talking about current editorial standards. Have you ever heard of Theodore Bernstein or H.W. Fowler?”

“Are you testing me? I’ve had enough of this. But I’ll tell you what. Just to humor you, make whatever changes you want to. I may decide to write off your time. But let’s see how you’d like it to look. I’ll send it on to Barbara. But if there’s a problem, I’ll be hanging you out to dry.”

The sudden about-face astonished Denise. Perhaps Jim didn’t want to risk the misspellings. Perhaps he concluded that Denise might know what she was talking about. “You’ll send it to Barbara exactly as I revise it?” Denise asked. “That’s a deal.” Jim walked out of the conference room feeling uneasy.

DIGGING INTO THE DETAILS

Back in her office, Denise got to work entering changes a little more freely than she might have without the deal she’d struck with Jim. Prior to became before; pursuant to became under; subsequently became later. Denise hyphenated the phrasal adjectives in affreightment-contract problem and partial-execution holdings. She made charterparty a solid word throughout. She added serial commas and otherwise made the punctuation conform to The Chicago Manual of Style.

As for the grammatical issues, she changed “Legislation and case law supports” to “Both statutes and cases support.” And she used the counterfactual subjunctive in reference to the opponent’s preferred ruling.

In all, she spent about 45 minutes cleaning up the draft—vacuum-cleaning the nits that Jim had scattered within it—and took another 15 minutes to read through the fresh draft for any remaining blemishes. In five more minutes, those stragglers were eliminated.

She emailed it to Jim.

Before she could breathe a sigh of relief, Jim alighted at her door. “What are these dashes? You’re introducing inconsistencies now.”

“Look. Twice on this page, you put dashes in affreightment contract, and twice you don’t.”

“No one in admiralty law does that! The judge will think we’re morons.”

“No, he won’t,” said Denise confidently. “He’ll think we’re literate, if he thinks about it at all. More likely he’ll just know subliminally that we’re literate writers.”

“I didn’t agree to the hyphens.”

“No, but you agreed that I could correct it fully, and the hyphens are a part of it. When you send it to Barbara, can you copy me on the email?”

“Sure,” Jim said grudgingly. “But I’m feeling less comfortable about it.”

Thirty minutes later, at 4:30 p.m., the email went through to Barbara with Denise’s version attached. Jim kept his message terse: “Barbara, here’s the draft motion. Let us know what you think. Jim.”

It wasn’t until 8 p.m. that Barbara responded. Fortunately, she hit “Reply all.”

“Jim—you and Denise make a great team. This is the best work product I’ve seen from associates in years. It’s so polished that I don’t have any changes. That’s never happened. Prepare the certificate of service. Congratulations.”

To his credit, Jim went to thank Denise. She stayed low-key and said: “Jim, the substance was all there in your draft. I just helped make it shine through.”

At the hearing, the team won its motion. After Judge Wilson announced a tentative ruling, the other side couldn’t get him to budge. In the course of his ruling, he referred to the “admirably well-written motion” and called it “lapidary.” At least that’s what Jim thought Judge Wilson said: He didn’t actually know the word or how it might apply in this context. But it seemed to be laudatory.

Back at the office, Jim went by Denise’s office.

“If I wanted to learn all this minutiae about hyphens and whatnot, how would I start?”

“Here. Let me lend you this book—The Careful Writer by Theodore Bernstein. Just read a little bit each day. Also, read the Wall Street Journal and The Atlantic. Notice their techniques of punctuation. Try to figure out why they use commas, hyphens and dashes the way they do.”

“But that’s not legal writing.”

“Maybe not. But it’s good writing. And often it’s about law. They’re not using any techniques in their nonfiction work that we can’t use in ours. Think it over.”

“Thanks, Denise. We’ll talk more about this. Back to work now.” He paused. “Hey, thanks for your help on the motion.”

This article originally appeared in the June 2014 issue of the ABA Journal with this headline: “A Tale of 2 Associates: How polish and attention to detail can win the motion.”

Texas born, bred and educated, Bryan A. Garner is president of LawProse Inc. and has been the editor-in-chief of all editions of Black’s Law Dictionary since 1994. He is the author of Legal Writing in Plain English.