A tax ruling could complicate California's effort to battle the drought 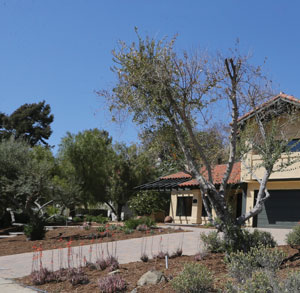 Water conservation is so important to California that it's in the state constitution. Article X, Section 2, says that "the waste ... of water [should] be prevented, and that the conservation of such waters is to be exercised."

That's especially so this year, when Gov. Jerry Brown called for urban areas to cut back their water use by 25 percent in response to a multiyear drought. The April 1 executive order also asked water agencies "to develop rate structures ... to maximize water conservation."

But just 19 days later, those rate structures were severely limited by the state’s Fourth District Court of Appeal, ruling in Capistrano Taxpayers Association v. City of San Juan Capistrano. The court’s Third Division, based in Santa Ana, struck down the city’s tiered water pricing, in which customers pay a progressively higher per-unit price as their water use goes up.

The ruling was based on another constitutional provision, adopted in 1996 as Proposition 218, which requires water agencies to set fees no greater than “the proportional cost of service attributable to the parcel.” Though the court said it’s possible to adopt tiered pricing legally, it ruled that San Juan Capistrano’s pricing fell short because it made no attempt to correlate its rates with the cost of providing water.

“Rather, City Water merely used what it thought was its legislative, discretionary power to attribute percentages of total costs to the various tiers,” wrote Acting Presiding Justice William Bedsworth. “While an interesting conversation might be had about whether this was reasonable or wise. … it does not comply with the mandate of the voters as we understand it.”

The decision was not welcomed by California water agencies.

“It just could not have come at a worse time,” says Kelly Salt, a partner at Best Best & Krieger in San Diego and amici counsel for the League of California Cities, the Association of California Water Agencies and the California State Association of Counties. “I think about the [timing] as the perfect storm—but we’re not getting any rain out of it.”

Though the parties settled without an appeal, the state Water Resources Control Board and Salt’s clients asked the California Supreme Court to depublish the ruling, which would nullify its precedential value. That request was denied July 22.

That means the ruling could influence lawsuits making similar allegations against at least three other California water agencies. One, filed about a month after Capistrano came down, takes issue with tiered rates charged by the Bay Area’s Marin Municipal Water District.

Two others were filed by an attorney for the Capistrano plaintiffs. Ben Benumof, special counsel to San Diego’s Krause Kalfayan Benink & Slavens, sued the Sweetwater Authority in San Diego County and Glendale Water and Power in Los Angeles County before the Capistrano ruling. Benumof says he has more suits planned and is approached about new cases every day.

Tiered pricing is a common rate structure for Western water utilities, intended to encourage conservation by making heavy use expensive. A 2013 survey from the California-Nevada section of the American Water Works Association found that 65 percent of California’s water agencies use some kind of tiered rate structure.

All of those agencies may be reconsidering their rates in light of Capistrano, which interpreted the requirement of Proposition 218—now Article XIII(D) of the California Constitution—that a water charge “shall not exceed the proportional cost of the service attributable to the parcel.” The plaintiffs in Capistrano argued that their water utility, in the Orange County city of San Juan Capistrano, violated that requirement by creating tiers with no clear relationship to the cost of supplying the water.

The challenged rates included an inexpensive tier charged for use of up to 600 cubic feet, two intermediate steps and an expensive tier starting at 3,400 cubic feet (100 cubic feet is 748 gallons.) The court of appeal noted that the differences between these tiers had suspicious “mathematical tidiness”—the difference between tiers 1 and 2 was 33 percent, for example—suggesting no relationship to the costs of the water sources.

The city admitted at oral argument that it hadn’t tried to correlate its prices with the cost of service. However, the court said, the city argued that it didn’t have to be so exact because it had to balance the state constitution’s proportionality requirement with its conservation requirement.

The court of appeal strongly disagreed. Citing 2011’s City of Palmdale v. Palmdale Water District, it said conservation can be achieved without exceeding “the proportional cost of service attributable to the parcel.”

Benumof says water utilities are still free to charge for basic overhead as well as water supply costs, but these have to be clearly tied to the cost of service. That means pricing may have only a limited role in water conservation, he says.

“If you acquire water from different sources, you can design tiers and make the most profligate users pay for the most expensive water,” he says.

Salt, the amici counsel for the three groups, says this fails to consider other reasons why heavy users might cost a utility more money. Those costs include overuse penalties from suppliers and the larger infrastructure required to meet high demand, she says.

She also believes the court took an unreasonably narrow view of the state constitution’s conservation mandate. The court said the provision’s original intent was to prevent water from flowing uselessly into the sea. While that’s true, she says, it ignores numerous later interpretations that include a larger role for conservation. The depublication request from Salt’s clients argued that these later laws show resource management is part of “the service” provided to water customers under Proposition 218.

“It’s been interpreted by the courts and by the legislature completely differently than this particular court,” she says. “When you have two different constitutional provisions, courts have the obligation to harmonize them to the extent they can be, and not to basically disregard one [in favor] of the other.”

Benumof disagrees with the view that the decision didn’t harmonize the two provisions.

“The reality is: Palmdale squared [them] by saying [they] are not in conflict so long as conservation is attained in a matter that is proportional to the cost of service to the parcel,” he says.

Though the decision remains published, Salt says the sky won’t necessarily fall for California water agencies. Capistrano has some precedential value within Orange County, she says, but appeals courts are free to follow other decisions she believes are friendlier to tiered pricing.

Even in June, before the de-publication request was denied, California water agencies were already taking action.

“A lot of folks are looking at the structures they have in place, consulting their legal counsel and trying to get the facts together. Some agencies are in the process of adopting changes,” says Lisa Lien-Mager, a spokeswoman for the Association of California Water Agencies. “I’d say it’s very much on the radar for urban water agencies right now.”

Benumof and Cogdill say there are plenty of ways to conserve without tiered pricing.

“This isn’t two sides pitted against each other—one that somehow doesn’t like conservation or doesn’t believe in it and the other that does,” Benumof says. “You can have a robust conservation program, and you can have transparently fair, cost-based rates.”

But even the court of appeal showed signs of concern.

“We are called upon to determine not what is the right—or even the more reasonable—approach to the [water supply’s] preservation, but what is the one chosen by the state’s voters,” the court wrote.

This article originally appeared in the October 2015 issue of the ABA Journal with this headline: “Tiers Are Falling: A tax ruling could complicate California’s effort to battle the drought.”