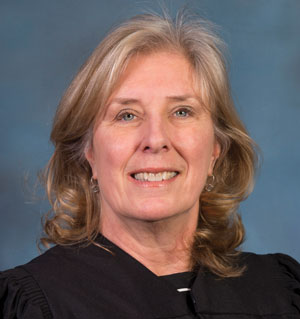 “Judges are really embracing wanting to know more about guardianship cases as well as the alternatives to guardianship,” says Jensen, the chair of the Guardianship and Vulnerable Adults Work Group of the Maryland Judicial Council’s Domestic Law Committee. “We have been proactive instead of reactive, and we have been fortunate that we have been able to dream great things and have a lot of them happen.”

She helped form the interdisciplinary work group, which in 2016 made 25 recommendations for improving court processes, training the judiciary and attorneys, and training and providing resources to guardians who are appointed to make personal or financial decisions for adults who are unable to do so because of disease or disability.

Nisa Subasinghe, the domestic and guardianship program manager with the Maryland Administrative Office of the Courts, has worked closely with Jensen to coordinate the work group’s initiatives. Although they have accomplished many reforms, she says they need additional resources before they can initiate others, such as increased monitoring. 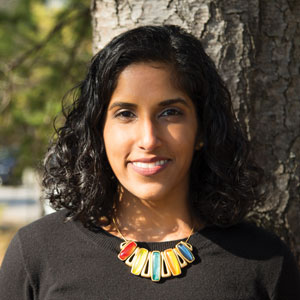 “Courts have a finite amount of taxpayer money to manage these cases, and to really effectively monitor a guardianship requires having an extra set of eyes and ears out there,” Subasinghe says. “That’s where we got stuck, and I have to say, COVID is making that even more challenging.”

The ABA Commission on Law and Aging addressed this issue during the ABA Annual Meeting in August, proposing a resolution urging Congress to create and fund a guardianship court improvement program to support states’ efforts to reform or strengthen their adult guardianship systems.

Resolution 105, which was adopted by the House of Delegates, says a federal court improvement program would also “improve outcomes for adults subject to or potentially subject to guardianship, increase the use of less restrictive options than guardianship, and enhance collaboration among courts, the legal system and the aging and disability networks.”

Root of the issue

When Louraine Arkfeld, the chair of the ABA Commission on Law and Aging, introduced the resolution to the House of Delegates, she said there is a precedent for this concept.

In 1993, at the urging of the ABA Center on Children and the Law, Congress for the first time provided federal funds to state child welfare agencies and tribes through a state court improvement program. In recent years, Congress has allocated $30 million to the program.

“A guardianship court improvement program has similar potential for doing this—having a wide-reaching impact and providing your state courts with necessary resources to protect the safety, well-being and individual rights of millions of individuals in the United States,” Arkfeld, the former presiding judge of the Tempe Municipal Court in Arizona, told delegates at the annual meeting.

Dari Pogach, a senior attorney with the Commission on Law and Aging who drafted Resolution 105, says the lack of federal funding and support for state courts has led to several issues, including scarce data on the number of adults under guardianship.

According to the report that accompanied the resolution, a 2011 study estimated that there were anywhere from fewer than 1 million to more than 3 million active guardianship cases in the United States in 2008. This number has likely grown, particularly because the population of older adults has increased substantially since then.

Pogach adds that state courts without resources to protect individuals under guardianship could potentially violate their due process rights or fail to investigate family members or others put in charge of their finances. Many courts also are unable to monitor guardians to uncover potential elder abuse.

“Courts are only going to see an increase in guardianship proceedings,” Pogach says. “I really feel strongly that we can see from [the coronavirus], and before, that there is a real lack of attention to ensuring people have the support they need in an appropriate way without risk of abuse and exploitation or being limited without needing to be as they age.”

In addition to providing funding and expertise to state courts for data sharing, collection and analysis, a guardianship court improvement program would allow them to determine their priorities for reforms, support their efforts to create strategic plans and provide them with technical assistance and training.

Judge Lauren Holland of the Lane County Circuit Court in Eugene, Oregon, hears probate cases and stresses the significance of the irreversible decisions often made for individuals by guardians, such as removing them involuntarily from their homes or forcing them to stop medical treatment.

She contends more training on the guardianship system as well as how these cases affect individuals’ lives is vital.

“The court improvement program would be invaluable,” says Holland, a member of the Commission on Law and Aging. “It allows us to start being not merely reactive to the tragic events that occurred and develop a system with all of us understanding the importance and impact on the lives of people and their assets as well so that we avoid further abuse.”

The Commission on Law and Aging has a long history of calling for changes in guardianship.

Erica Wood, its former assistant director, helped convene three national conferences to inspire reforms, including the Third National Guardianship Summit in 2011. It was there that delegates adopted the recommendation that each state’s highest court create Working Interdisciplinary Networks of Guardianship Stakeholders.

WINGS supports state court-led partnerships to improve guardianship policies and practices. The commission received a grant from the Administration for Community Living in 2016 to establish or expand state WINGS, which resulted in four-year pilot projects in seven states, including Alabama and Utah.

The commission also began studying the Center on Children and the Law, and in 2019, it brought together WINGS coordinators from more than 20 states to explore how its court improvement program model could benefit their groups.

In a WINGS briefing paper published in November, Wood encourages the Administration for Community Living and other federal agencies to support WINGS through five-year systems change grants and plan for a guardianship court improvement program based on the commission’s work under the project.

“We need to make a real difference because these populations that are potentially subject to guardianship are vulnerable,” says Wood, who retired in January 2020 after 40 years with the commission. “They do need eyes upon them, and because of the potential for loss of rights, they need something more sturdy and consistent than we have now.”

Since Resolution 105 was adopted, Pogach has been working on a law review article about the guardianship court improvement program that will be presented at the Fourth National Guardianship Summit in May at Syracuse University College of Law. She is also exploring the potential for pilot programs with state courts.

Subasinghe, who describes Maryland’s Guardianship and Vulnerable Adults Work Group as similar to WINGS groups, appreciates the Commission on Law and Aging’s work to help states take their reform efforts to the next level.

“Guardianship is so much a creature of state law, and it is in many ways a creature of local practice,” she says. “There really can’t be a one-size-fits-all for the country.

“There needs to be an assessment of what each state needs, and we need support to do that. The ability to assess those needs and then apply for federal funds to help implement whatever recommendations the state itself comes up with would be really helpful.”

This story was originally published in the Feb/March 2021 issue of the ABA Journal under the headline: “Safeguarding the Vulnerable: ABA pushes for a federal guardianship court improvement program”