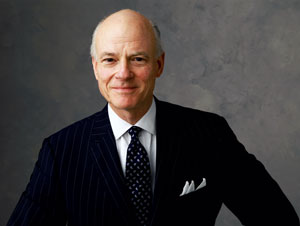 The 114th Congress began its term in January with 71 new members in both chambers and a fresh group of committee chairs in the now Republican-controlled Senate. This will be the backdrop for ABA Day, the three-day event—April 14-16—that brings lawyers from around the country to Washington, D.C., in a coordinated effort to make their voices heard on Capitol Hill.


ABA Day is an energizing way for ABA members to participate in grassroots advocacy on topics of critical importance to the legal profession. The planning committee is chaired by former House of Delegates Chair Robert Carlson, and the event is organized by the ABA's Governmental Affairs Office. ABA Day assembles members of national, state and local bar associations for personal visits to congressional offices to ensure lawmakers understand the interests of our members.

During ABA Day, lawyers will once again highlight the need for adequate funding for the Legal Services Corp. It is important to educate lawmakers about how legal aid groups assist constituents dealing with family law, housing, domestic abuse, veterans' rights, and consumer issues in every congressional district.

Last September, at a conference marking the LSC's 40th anniversary, I heard a former legal aid client tell her story. When she was a young, unemployed mother of two and just a month sober, she summoned the courage to seek help at an LSC-funded legal aid program in getting out of an abusive marriage. Her legal aid lawyer guided her through a divorce and served as a role model. Fifteen years later, after earning college and law degrees, the client returned to the legal aid program that changed her life—as president of its board.

LSC programs have to turn away about half of those who seek help because of inadequate resources. Congress appropriated $375 million to the LSC for 2015. While that is $10 million more than 2014, it is still $45 million less than the 2010 appropriation, and in inflation-adjusted dollars, close to an all-time low.

With the number of people who qualify for LSC assistance at an all-time high of 63.5 million Americans—and the need is expected to grow—the White House is seeking $452 million for legal aid in 2016. At ABA Day, participants will advocate for that increase.

ABA Day is also a time to publicly honor people who work hard every day to close the justice gap. This year, the ABA is proud to award Nan Heald, executive director of Pine Tree Legal Assistance in Maine, with an ABA Day Grassroots Advocacy Award. Nan has encouraged the innovative use of technology to expand access to justice. In 1996, she started the first legal aid website with self-help tools.

The ABA will also give Grassroots Awards to New Jersey's Patricia Apy for securing support for the Sean and David Goldman International Child Abduction Prevention and Return Act. John Rosenberg of Kentucky also will be honored for his energetic and sustained service in providing access to legal services.

At ABA Day, we also present our Justice Awards, which recognize members of Congress who have demonstrated leadership on matters of importance to the organized bar. Awards will be presented to Sen. Angus King, I-Maine, for his work on Interest on Lawyers Trust Accounts legislation and opposition to accrual accounting measures that would affect law firms; Rep. Ed Royce, R-Calif., for his support of IOLTA legislation; Sen. Amy Klobuchar, D-Minn., for many actions, including her vote to ratify the Convention on the Rights of Persons with Disabilities; and Rep. Tom Cole, R-Okla., for his efforts to protect and help Native American domestic and sexual abuse victims.

With your support, the ABA will continue to work with policymakers to strengthen our justice system and profession, which serve as a shining example to the world.

• Learn more about the ABA's legislative advocacy and sign up for our grassroots network at ambar.org/abaday.

This article originally appeared in the April 2015 issue of the ABA Journal with this headline: "Face Time on Capitol Hill: ABA Day is a chance for bar leaders to lobby policymakers on critical legal issues."