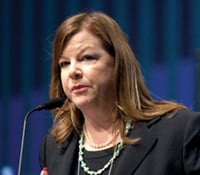 In the first step of a major dues restructuring, the ABA House of Delegates implemented new rates that will cut annual dues by as much as 50 percent for solo practitioners.

The organization’s policymaking body, voting at the ABA Midyear Meeting in Orlando, Fla., also cut by as much as 25 percent dues paid by government lawyers, judges and legal services attorneys, who were already charged a reduced rate. The new dues will go into effect for the ABA membership year that starts Sept. 1.

In addition to the revised rates, approved Feb. 9, the key change is to include solos in a segment of ABA members who qualify for lower dues than other lawyers. Under the new dues structure, a solo admitted to practice for 10 years or more will pay $225 in annual membership dues. Previously, that lawyer would pay $399 a year. Dues will be reduced incrementally for lawyers in practice for fewer than 10 years.

“We have talked a lot about solos,” said Patricia Refo, chair of the ABA’s Standing Committee on Membership. “It’s time to do something about it.”

Fewer than 7 percent of solo practitioners belong to the ABA, yet more than 30 percent of American lawyers are solos.

“We have a miserable market share of the solo segment,” Refo said. According to surveys, that is largely because solos think they can’t afford ABA membership.

Government lawyers, judges and legal services attorneys have traditionally paid up to 25 percent less than other ABA members. The House action preserves that benefit vis-à-vis “regular” members of the ABA, Refo said in support of the committee’s recommendation.

The new dues scale for this group, which now includes solos, will be:

• $0 for lawyers in practice less than one year.

• $100 for lawyers admitted to practice for at least one year but less than four years.

• $125 for lawyers admitted to practice for at least four years but less than six years.

• $145 for lawyers admitted to practice for at least six years but less than 10 years.

MORE CUTS FOR ALL MEMBERS

In August the membership committee is expected to recommend that the House adopt a second phase of its dues-restructuring plan that would reduce dues for all lawyer members by as much as 25 percent.

Annual dues now top out at $399 for lawyers in practice 10 years or more. Under the membership committee’s proposal, the top rate would be $299. Those dues would take effect for the 2011-12 membership year.

The ABA has 392,000 members, and “we’re doing better than many” peer associations, said Refo, a partner at Snell & Wilmer in Phoenix. But membership as a percentage of all American attorneys has slipped from 36 percent to about 29 percent over the past 15 years. The ABA’s goal is to grow to 50 percent of all American lawyers in the coming years, she said.

The dues cuts were the result of a comprehensive dues pricing study, which included a survey of 9,000 lawyers and work by a pricing expert.

“This is arguably the most important internal ABA issue this House has addressed in some time,” Refo said in her presentation.

The dues recommendation breezed through the House with no debate and no opposition. The voice vote to approve it did not appear to include any dissents.

“We worked very hard,” Refo said, “to explain the underpinnings of this proposal and the need for it to members of the House.”