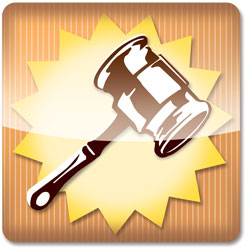 Judges don’t have to sit by the now-proverbial telephone hoping to make contact with the rest of the world. Instead, they may join the growing numbers of people who participate in electronic social networking.

That was the conclusion reached by the ABA Standing Committee on Ethics and Professional Responsibility in its Formal Opinion 462 (Judge’s Use of Electronic Social Networking Media), issued on Feb. 21. (ABA ethics opinions are identified by the numeric order in which they are issued, but Opinion 462 (PDF) is the first one since the 1980s that does not also include a two-digit prefix designating the year of issuance.)

In its opinion, the ethics committee notes that electronic social media “has become an everyday part of worldwide culture.” The opinion describes ESM as Internet-based electronic social networking sites that require an individual to affirmatively join and accept or reject connection with particular individuals.

“Social interactions of all kinds, including ESM, can be beneficial to judges to prevent them from being thought of as isolated or out of touch,” states the committee, which analyzed the issue in the context of the ABA Model Code of Judicial Conduct. “When used with proper care, judges’ use of ESM does not necessarily compromise their duties under the Model Code any more than use of traditional and less public forms of social connection such as U.S. mail, telephone, email or texting.”

But the opinion also urges judges to enter this particular electronic highway with extreme caution, for two primary reasons.

First, while the Model Code of Judicial Conduct does not specifically address a judge’s participation in electronic social media, states the opinion, “All of a judge’s social contacts, however made and in whatever context, including ESM, are governed by the requirement that judges must at all times act in a manner ‘that promotes public confidence in the independence, integrity and impartiality of the judiciary,’ and must ‘avoid impropriety and the appearance of impropriety.’ ” Those expectations are set forth in Rule 1.2 of the Model Code.

The second reason for caution is the very nature of electronic social media. “Judges must assume that comments posted to an ESM site will not remain within the circle of the judge’s connections,” states the opinion. “Comments, images or profile information—some of which might prove embarrassing if publicly revealed—may be electronically transmitted without the judge’s knowledge or permission to persons unknown to the judge or to other unintended recipients. Such dissemination has the potential to compromise or appear to compromise the independence, integrity and impartiality of the judge, as well as to undermine public confidence in the judiciary.”

Unfortunately, the “appearance of propriety” isn’t amenable to easy definition; so in many situations, judges must decide for themselves when their social networking might compromise their ethics obligations. But Opinion 462 does offer some general guidelines.

There also are times when a judge’s use of social media raises disclosure or disqualification issues. A number of states have addressed the question of what a judge should do when he or she participates on ESM sites used by lawyers and others who may appear before the judge, but those opinions haven’t reached any uniform conclusions.

The ABA opinion doesn’t offer a definitive solution, either. Because of the nature of social media, “a judge will seldom have an affirmative duty to disclose an ESM connection,” the opinion states. Nevertheless, “when a judge knows that a party, a witness or a lawyer appearing before the judge has an ESM connection with the judge, the judge must be mindful that such connection may give rise to the level of social relationship or the perception of a relationship that requires disclosure or recusal.”