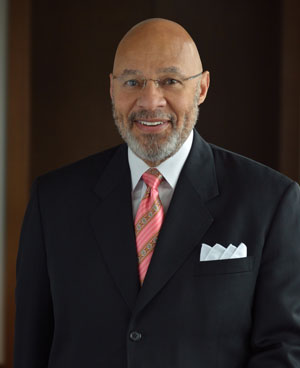 After a little more than a year of work, an ABA task force has developed a series of policy recommendations intended to help law schools and students cope with some of the most important financial challenges facing legal education.

In a report (PDF) issued June 17, the Task Force on the Financing of Legal Education documents a number of issues, including declines in law school enrollment, the rise in inflation-adjusted tuition, the increasing use of tuition discounting, a weak legal job market, and the growth of student borrowing and debt loads.

But the report also notes that many of the financial challenges facing legal education are being felt throughout higher education in the United States. And it cautions against one-size-fits-all solutions or reflexive actions in a dynamic and evolving economic environment.

“The task force’s extensive findings and conclusions paint a sobering picture and make it clear that there are no easy answers to the challenges facing legal education and the legal profession,” stated chair Dennis W. Archer in a cover memo announcing the release of the report. “By promoting transparency, accountability and innovation, the task force seeks to lay a foundation for thoughtful and responsible decision-making about issues of critical importance to our future.” Archer is chairman emeritus of the Dickinson Wright law firm in Detroit and a past president of the ABA.

The 15-member task force was appointed last year by then-President James R. Silkenat, a partner at Sullivan & Worcester in New York City. The creation of a body to “examine and recommend reforms concerning the price and financing of law school education” was one of the recommendations in the report issued earlier in 2014 by the ABA Task Force on the Future of Legal Education.

The Task Force on the Financing of Legal Education developed five specific recommendations that were approved on a voice vote in early August by the ABA’s policymaking House of Delegates during the 2015 annual meeting in Chicago. But some of the recommendations still would require the approval of the council of the Section of Legal Education and Admissions to the Bar, which is recognized by the U.S. Department of Education as the accrediting agency for American law schools, before taking effect.

The task force recommendations adopted as policy by the House:

• Encourage the legal education section’s council to mandate through its Standards for the Approval of Law Schools that schools offer enhanced financial counseling for current and prospective students on loans and repayment programs.

• Encourage the council to return to its practice of collecting data annually from each accredited law school on expenditures, revenue and financial aid.

• Encourage the council to make public the information on legal education it currently maintains and will collect going forward.

• Urge all participants in the student loan business, including law schools, to develop and publish easily understood versions of various loan and repayment programs.

But in addition to those specific recommendations, the task force states there is a need “to look beyond the usual changes proffered and to reconsider law school business models themselves in light of their relationship to the curriculum, its cost, its increasing reliance on discounting, its even heavier reliance on student loans for revenue, and the resultant student debt. In reality, there seems to be little need to impose the kind of tough love some want because the market is already doing it—in some instances brutally.”

The task force voiced some frustration with what it said is the scarcity of the kind of systematic, reliable and detailed information it needed to dig deep into the financial pressures facing law schools and students. But the available data is sufficient to support the conclusion that “this is a critical time for legal education as schools face declining enrollments and revenues, and their students face increasing tuition and debt along with a job market that has seen only modest recovery,” states the task force in its report to the House of Delegates. The task force cites a number of factors, most of them coming from ABA sources, including:

• Tuition discounting in inflation-adjusted dollars rose from 16 percent in 1999 to 25 percent in 2014 at private law schools, and from 22 percent to 28 percent at public law schools.

• Inflation-adjusted expenditures per full-time student increased by 28 percent at public law schools between 2004 and 2012, and by 22 percent at private law schools.

Initial reaction to the report has been mixed. David N. Yellen, who is dean at Loyola University Chicago School of Law, says the task force clearly described many of the challenges facing legal education, though he adds that its recommendations are “very mild” and not likely to have much impact.

But Yellen says that’s not the task force’s fault. “You can’t really expect any task force with very limited time and resources, which is true of all the task forces that have looked at legal education, to come up with anything new or important,” he says.

Brian Z. Tamanaha, a professor at Washington University School of Law in St. Louis, essentially agrees. “The problems of high tuition and high law graduate debt are complicated,” he says, “and I don’t think there are any clear or simple ways to solve them.”

Some were more critical of the report. Kyle McEntee, executive director of Law School Transparency, says the task force refused to acknowledge that law school is unaffordable, choosing instead to “protect schools that exploit students.” 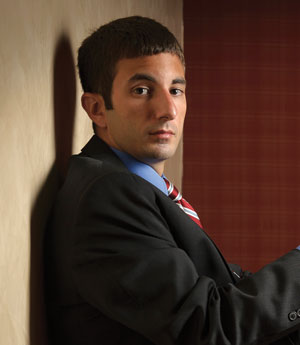 Steven J. Harper, a retired partner formerly with Kirkland & Ellis in Chicago, issued an open letter to the ABA in late July that urged delegates to reject the report.

“If the delegates are interested in rehabilitating the ABA’s credibility and restoring public confidence in the profession on an issue of critical importance to the country, they could take this simple step: Reject the task force report,” he wrote on his blog, The Belly of the Beast. “Rather than giving the typical rubber stamp of approval amid flowery speeches thanking task force members for their time and effort in generating a hollow ABA statement summarizing the obvious, the House of Delegates could just say no.”

This article originally appeared in the September 2015 issue of the ABA Journal with this headline: “Tell Me More: ABA task force urges law schools to make more information available to help students assess the costs of legal education.”