ABA Techshow in Chicago gets revamped 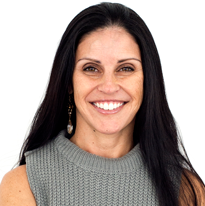 Adriana Linares still remembers the challenges of attending her first ABA Techshow. But she says the experience served her well in the long run. “I was completely overwhelmed and totally lost when I went to my first Techshow 15 years ago,” says Linares, a law practice consultant with LawTech Partners in Winter Park, Florida, which she launched in 2004. “So when I got on the planning board, one of my goals was to see what I could do to make this conference better for all attendees.”

Linares now chairs the ABA Techshow Planning Board, which is implementing a makeover for the event this year. Techshow will run from March 15 to 18 at the Hilton Chicago on South Michigan Avenue. The hotel is one of the largest convention venues in the city. Presented by the ABA Law Practice Division, Techshow is the leading legal technology conference in the United States.

The revamped Techshow will introduce several new events and features while still providing two full days of traditional educational and informational programs organized under topical tracks that seasoned attendees have come to expect. As in past years, an expo will feature more than 100 vendors that provide a wide variety of products and services.

This year, Techshow also will emphasize communication and interaction among conference attendees. Linares says attendees will be grouped into different “communities,” such as litigators, family lawyers, estate planners, female rainmakers and ABA Journal Legal Rebels. Members of each group will be issued colored scarves, so they can be identified easily.

“The networking component is as important to Techshow as the speakers and tracks,” says Linares, who got the idea for the scarves from watching soccer matches in which supporters frequently wear them to show allegiance with their team. “This makes it easier for people to pick out the people they want to talk to.”

Another goal of this year’s Techshow will be to take ideas and concepts from the lecture rooms and expo hall and present them as legal education curricula. The new academic track was created after faculty and staff from several law schools, including the University of Missouri-Kansas City School of Law, IIT Chicago-Kent College of Law and the University of Illinois College of Law in Champaign, expressed interest in learning how to teach practice management and legal technology.

Members of the academic track will be encouraged to attend sessions and hit the expo floor during the first two days of Techshow, Linares says, before hosting a workshop to create a draft curriculum that schools may use to teach practice management and legal technology.

“A lot of law schools just don’t know where to start,” she says. “This would provide them with a basic curriculum that they could modify or change to suit their needs.”

The traditional track system also has been revamped. The Techshow board decided to eliminate certain tracks, including the Mac track, and instead will use a system of cross-tracks to highlight sessions that pertain to those areas. The speaker roster has been refreshed, as the board decided to rotate out some of the familiar names from previous Techshows in favor of newer faces.

A hackathon on March 15 kicks off Techshow and will focus on legal services for military veterans, one of the priority issues identified by ABA President Linda A. Klein of Atlanta. Klein will speak at an evening plenary session on March 17 about women in the field of legal technology.

Finally, borrowing a page from other conferences, such as the Clio Cloud Conference, Techshow will include a number of programs and events dedicated to promoting lawyer wellness, including a 5K run, and meditation and yoga sessions.

“We’re looking to bring a fitness and wellness component to Techshow, which is becoming more popular with conferences throughout the country,” Linares says. “Sometimes you need to give your brain a rest from all that tech overload.”

This article originally appeared in the January 2017 issue of the ABA Journal with this headline: "Talking Tech: ABA Techshow in Chicago gets revamped to cater to new and seasoned attendees."