ABA Urges Third Reauthorization of the Violence Against Women Act 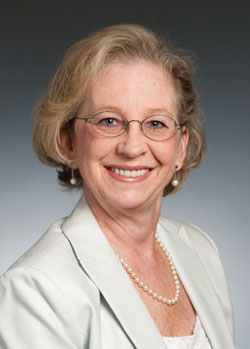 The violence against women act was a critical response by Congress in 1994 to the devastating effects of domestic and sexual violence. The act has evolved from a small criminal justice initiative to a multidisciplinary federal effort to address the needs of women, men and children threatened by domestic and sexual violence. Policies and programs introduced since the act became law have been credited with providing lifesaving assistance to hundreds of thousands of victims. Incentives in the act also have encouraged the states to address the problem more assertively.

Congress reauthorized the act in 2000 and in 2005. Now the ABA and other groups are urging Congress to reauthorize the act again. (Reauthorization is the process of extending, and sometimes amending, laws that Congress adopted to stay in effect for a specific period of time, usually five years.)

“VAWA has been the single most effective federal effort to respond to the epidemic of domestic violence, dating violence, sexual assault and stalking in this country,” says Debbie Segal, who chairs the ABA Commission on Domestic & Sexual Violence. The act has ensured that “legal and social services are available to survivors, and that law enforcement, prosecutors, judges, attorneys and advocates are well-trained with cutting-edge resources to effectively address these crimes in their own communities,” says Segal, who is pro bono partner at Kilpatrick Townsend & Stockton in Atlanta.

The ABA has a particular interest in Title I of the act, which addresses the justice system’s response to domestic and sexual violence. The association supports a continued focus on training for judges, court personnel and attorneys; it also supports adequate funding for the Legal Assistance to Victims program, which provides funding for civil legal services for victims.

The domestic violence commission—established the same year Congress enacted VAWA—has mobilized the profession through training opportunities for lawyers, law students and other legal advocates, and it maintains a discussion list exclusively for attorneys who represent victims.

THERE’S MORE TO DO

nevertheless, the united states still has a long way to go, said Senate Judiciary Committee Chairman Patrick J. Leahy, D-Vt., when he chaired a hearing on VAWA in July as he prepared to draft reauthorization legislation. Leahy pointed out that one out of six women—that translates to 1.3 million—is a victim of physical assault by a partner each year, and one in 12 women has been stalked at some point in her life. Mean while, one in 33 men is a victim of sexual assault every year, and one in 45 men has been stalked in his lifetime.

Leahy has called for more access to support services in rural communities and for a stronger response to high rates of violence experienced by the elderly, as well as women in Native American and immigrant communities.

The ABA says Congress also must consider the impact of the economic crisis on the personal lives of victims of domestic violence and on government services that face budget cuts, including emergency shelters, transitional housing and counseling programs.

“VAWA has become an integral part of our public safety strategy,” Segal says.

“The good work being done by thousands of local providers and public servants could not continue without its reauthorization.”