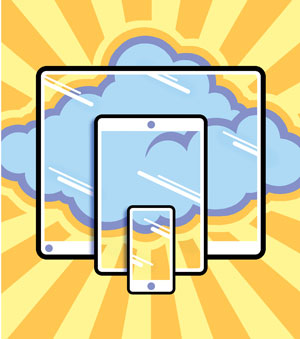 The latest version of the ubiquitous PDF software Adobe Acrobat is dramatically different than its forebears. And that's a good thing. An interface some found clunky and confusing is now clean and modern. Whereas before you had to hunt for the right tool, now no tool is more than a click away.

Even more notable, Acrobat now operates as seamlessly in the cloud as on your desktop. Your PDF documents can be available on all of your devices—desktop, tablet, phone—and you can create, edit and comment on documents from any device.

Adobe released Acrobat DC in April as the successor to Acrobat XI. Along with it came a new, tightly integrated product, Adobe Document Cloud, which gives Acrobat capabilities and portability it never had before.

However, to take advantage of all this new Acrobat offers, you will want the pro version and the integration with Document Cloud. The pro version includes the tools and features most lawyers need in a PDF program. Among them are Bates numbering, redaction and compliance with PDF/A, the standard many courts require for electronic filing.

Document Cloud unleashes Acrobat to work smoothly across any device. You can create, review, approve, sign and track documents from any computer or mobile device.

Document Cloud also adds complementary features not included in Acrobat’s desktop software. The most notable is e-signing. All Document Cloud subscriptions include eSign Services, formerly sold as a separate product, Adobe EchoSign. This enables you and your clients to sign and send documents from any device.

Another cloud feature is Mobile Link. With it, all of your files, settings and signatures stay with you—no matter which device you work from. Whether you open Acrobat on your desktop, log in through Document Cloud or open the Adobe app on a mobile device, you have access to all the same documents, regardless of where they are stored.

Document Cloud also gives you tools for managing, tracking and controlling documents. Send documents out for signatures and then track where they are in the signing process. See who has viewed them and when. Revoke access to documents you previously shared.

Anyone familiar with Acrobat will not recognize its new interface. It opens to a simple screen listing the PDF documents you’ve recently viewed on any device. It even lists documents stored on Microsoft Sharepoint and will eventually add connectors to OneDrive, Box and Dropbox.

Open a document and again the interface is all different. A simple, graphical menu bar across the top handles basic commands such as print, zoom and email. A collapsible panel on the right lists common Acrobat tools such as Edit PDF, Organize Pages, Comment and the like. You can customize this panel to show the tools you use most often, or open a second menu to find all available tools.

Among the new features in Acrobat DC is the ability to edit PDF and scanned documents much as you would with any text editor. Scan a document to PDF and revise it directly within Acrobat. Acrobat even generates fonts to match those in the document so edits appear seamlessly.

Another new tool is Fill & Sign. It lets you turn any document—paper or electronic—into a fillable form. Use the free Fill & Sign app to take a picture of a paper document and convert it to PDF. Then simply click the parts you want to make fillable and add your text or signature.

This article originally appeared in the October 2015 issue of the ABA Journal with this headline: “Acrobatics: Adobe’s PDF product has a new face, new skills.”

Robert J. Ambrogi is a Rockport, Massachusetts, lawyer and writer. He covers technology at his blog LawSites and co-hosts the legal affairs podcast Lawyer2Lawyer.