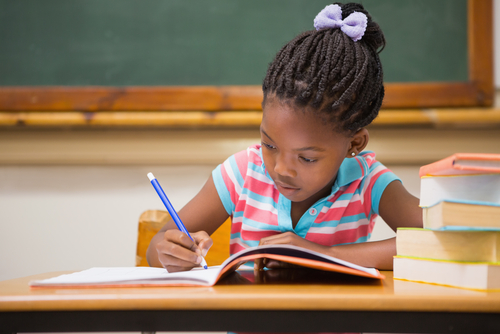 A new study from the Center on Poverty and Inequality at Georgetown University Law Center describes “adultification” of African-American girls that negatively impacts how they’re treated by school administrators, law enforcement and the justice system, beginning in childhood.

Girlhood Interrupted: The Erasure of Black Girls Childhood provides data revealing for the first time how adults view black girls, according to its authors. It builds on previous research on adult perceptions of African-American boys.

The study found that black girls are perceived as less innocent and more adultlike than Caucasian girls, especially between 5 and 14, which results in disparities in school and the criminal justice system. The study reveals that, among other misconceptions, adults think black girls seem older than white girls the same age, know more about sex, and need less support and comfort.

Attorney Rebecca Epstein, lead author of the report and executive director of the center, says the most surprising thing was that girls as young as 5 were subjected to adultification. “Potentially reaching back as early as kindergarten, black girls are viewed as less needing of protection and nurturing,” Epstein says.

Lara Kaufmann, director of public policy for Girls Inc., a national nonprofit that helps young women navigate gender, economic and social barriers, isn’t surprised by the findings. “That speaks to how deep these stereotypes run and how far these biases go,” she says. “Awareness is the first step.”

African-American girls are routinely treated more harshly, according to the report. And those in decision-making positions think black girls “should know better. They don’t need protection. … They don’t need a second chance,” Epstein says.

“One of the biggest goals was to start a conversation to recognize the differential treatment of black girls,” she says. “It seems to have resonated.”

The Georgetown researchers say their analysis is the first step, and more work is needed to address, and remedy, the negative stereotypes and implicit biases.