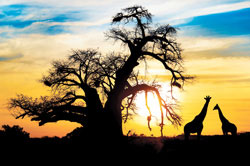 For Nora Whitehead, no other place compares to Africa. “I often tell people: It’s like being on the moon. You can’t believe such a gorgeous place exists.”

When Whitehead and husband Ted headed there in the summer of 2012, they didn’t just observe life in the brush—they lived it, spending eight days camping and hiking across a southeastern swath of the continent.

They had originally planned to bicycle down the coast of Portugal, but the couple switched destinations after watching an episode of the Travel Channel program No Reservations in which host and chef Anthony Bourdain explores the pristine—and mostly deserted—coast of Mozambique.

“We looked at each other and said, ‘No way, we have to go there!’ ” she recalls.

Building the trip around camping was a natural choice for the Whiteheads. They’d already logged international tent time in Costa Rica, Peru and Tanzania.

“Camping is invigorating. It’s just so starkly different from my day-to-day life,” says Whitehead, a Haynes and Boone associate who practices white-collar and antitrust law from a mirrored mid-rise building in Washington, D.C.

Loaded up with outdoor essentials like sleeping bags and mosquito netting, the Whiteheads headed for Zimbabwe. There they met up with a guide who led the small group to a site known as Great Zimbabwe in the hills outside Masvingo. The group spent the day exploring the massive stacked-stone walls and granite boulder structures of the 11th-century settlement, which is on the UNESCO World Heritage List. “We sat at the top and watched the sun set and spoke to our guide, whose parents had been killed during election violence under the [Robert] Mugabe regime,” Whitehead says. “It was a very sobering moment in a ruined city.”

Also on the itinerary was Victoria Falls, one of the world’s largest sheets of falling water. It was a clear day, Whitehead says, perfect for warthog-watching and for experiencing the falls at their most breathtaking. “You could see all the way down to the bottom of the falls, to the Zambezi River,” Whitehead says.

Next stop, Mozambique. The coast that had so captured Whitehead’s imagination did not disappoint. “It was one of the most beautiful beaches I have ever seen,” she says. The group set up a stripped-down camp on a sandy island in the Bazaruto Archipelago. “It was incredible and absolutely deserted,” she says, adding: “You can’t get more beachfront than in a tent.”

Whitehead says the group was treated to terrific food throughout the entire trip, thanks to the skill of their cook. Menu favorites included crocodile nuggets in Zimbabwe (yes, she reports, they did taste like chicken) and the fresh seafood in Mozambique; husband Ted enjoyed kudu steak and biltong, a South African snack similar to beef jerky.

The group then moved on to South Africa’s Kruger National Park, one of the largest game reserves in Africa. The upside? Seeing every manner of wildlife—lions, zebras, crocs, hippos, wildebeest and kudu. The downside? Bathroom breaks. Pit stops along the trail required following these two important instructions, she says: “Go far enough that you can’t be seen by others, then look for lions.”

Despite the fast pace and spare accommodations, Whitehead says she returned to work “invigorated, energized and ready to dive back in.” There was much waiting for her, she admits—she was not able to plug in her cellphone on the trip, and security concerns prevented her from handling any significant issues at Internet cafes. But the support of her firm made it all possible.

“I work with wonderful, understanding people who allow me to get away—fully away,” she says. “These are the trips I always dreamed of taking when I was a little kid.” 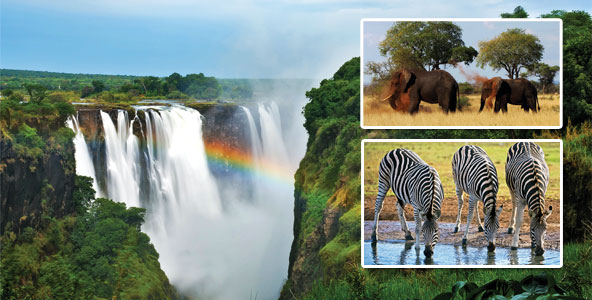 • Time out of the office: Two weeks

• Time-off tip: “The key for me is preparation before I leave,” Whitehead says. “I keep everyone apprised of the trip from the time we are thinking about it leading up to when we leave.”

• Important to bring: Headlamps. Whether it was hiking at sundown or finding a bathroom at night, Whitehead says, “I can’t emphasize enough how important they were.”

• Easy to leave: A dress. “With trips like this,” Whitehead instructs,” you just get a bunch of T-shirts from Target, a few pairs of shorts and a pair of those unattractive zip-away pants that turn into shorts, and you’re made.”

• Traveling tip: Don’t shy away from planned tours, especially if you’re short on time. “You may think the way to have a real adventure is to just get to a foreign country and figure it out, but really, you end up wasting a lot of time standing on the corner trying to find the hotel you’re supposed to be staying at that’s written in Thai,” Whitehead warns.

Today’s planned tours aren’t your grandparents’ bus trips. “With the Internet, you have the freedom to build your own trip, and you have enough support so that you can see what you want to see without wasting your time.”