All In: For the First Time, Every State Is Represented at the Annual ABA Lobbying Event in D.C. 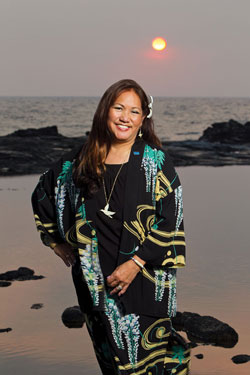 House of Delegates member Margaret Masunaga of Kealakekua, Hawaii, traveled quite a distance to attend their first ABA Day in Washington event. Photo by Marco Garcia.

This report is written by the ABA Governmental Affairs Office and discusses advocacy efforts by the ABA relating to issues being addressed by Congress and the executive branch of the federal government.

Every spring, hundreds of state and local bar leaders descend on Capitol Hill to lobby members of Congress on issues of importance to the legal profession as part of ABA Day in Washington. This year, however, an important goal was reached. For the first time in the event’s 16-year run, representatives from all 50 states and the District of Columbia met face to face with members of their congressional delegations. Attendees also posted their experiences and comments from ABA Day—which actually now spans three days—on Twitter for the first time.

The bar representatives who came the farthest—from Alaska and Hawaii—brought this year’s state participation to 50.

Alaska lawyer Lynn M. Allingham of Anchorage was attending her first ABA Day. She emphasized the importance of bringing crucial issues to the attention of her congressional delegation. “I was happy to make the trip from Anchorage to Washington, even though my trip spanned four time zones,” said Allingham, a member of the Anchorage Bar Asso cia tion’s board of directors and one of Alaska’s two representatives in the ABA House of Delegates.

Meanwhile, Margaret K. Masunaga was the only lawyer from Hawaii who made the trip to Washington. “Traveling from the Big Island of Hawaii to D.C. is an honor for me,” said Masunaga, another ABA Day first-timer who is treasurer of the West Hawaii Bar Associ ation and one of Hawaii’s two delegates in the ABA House. One of the ABA Day legislative issues—reauthorization of the Violence Against Women Act—is especially personal to Masunaga because her law school study partner was a victim of domestic violence.

ISSUES OF THE DAY

Three critical issues were the primary focus of advocacy efforts by ABA Day participants during their estimated 300 visits to congressional delegations.

• Legal Services Corp. The ABA is urging Congress to fund the Legal Services Corp. at $402 million for federal fiscal year 2013, the same amount requested by President Barack Obama. The ABA maintains that the need for the civil legal services provided by LSC-funded programs to low-income Americans has never been greater. But federal funding has been reduced over the past few years, just as other funding sources for legal aid programs have diminished.

• Crime Victim Restitution and Court Fee Intercept Act. Bipartisan legislation, introduced as S. 755 and H.R. 1416, offers a cost-neutral way for the federal government to provide meaningful assistance to states struggling to maintain essential services on slashed budgets. The National Center for State Courts estimates that outstanding court debts across the country total about $15 billion, and the legislation would authorize a bureau within the Department of the Treasury to intercept debtors’ federal tax refunds to pay their overdue court-ordered financial obligations related to criminal and traffic cases.

• Reauthorization of the Violence Against Women Act. The programs funded under VAWA for more than 17 years help improve prosecution of domestic violence, sexual assault and stalking; provide training and support for law enforcement personnel, prosecutors, civil attorneys and courts; and increase civil legal services for victims of domestic violence, especially in the areas of civil protection orders and family law.

Since passage of the law in 1994, the number of individuals killed by an intimate partner has decreased by 34 percent for women and 57 percent for men. 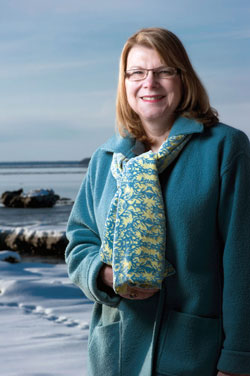 Lynn Allingham of Anchorage, Alaska, whose travel “spanned four time zones,” was happy to make the trip to D.C. Photo by Dan Bailey.

These individuals “have demonstrated a commitment to protecting and improving our justice system through their support for core principles and issues of critical importance to the ABA and the legal profession,” said Robinson, the member-in-charge of the Florence, Ky., office of Frost Brown Todd.

Additional recognition went to Sen. Herb Kohl, D-Wis., and Rep. Lamar Smith, R-Texas, for their work on specific legislation sup-ported by the ABA.

During a reception at the U.S. Supreme Court, William C. Hubbard, who chairs the ABA Day Planning Committee, presented Grassroots Advocacy Awards to George Cauthen of South Carolina, L. Jonathan Ross of New Hampshire, Betty Balli Torres of Texas, the State Bar of Michigan and the Supreme Court of Texas. All of the honorees worked tirelessly to convey information and local concerns to Congress on numerous issues, said Hubbard, a partner at Nelson Mullins Riley & Scarborough in Columbia, S.C.

ABA Day, which is coordinated by the Governmental Affairs Office and the ABA Day Planning Committee, was co-sponsored by the National Conference of Bar Presidents, the National Association of Bar Executives, the ABA Section Officers Conference and the Young Lawyers Division.

“These investments of our members’ personal time ensure that the ABA is a respected presence in Washington,” says Governmental Affairs Director Thomas M. Susman, “and it’s important for participants to know that your personal connection with legislators gives credible and effective voice to our message. This connection, combined with your professional expertise and personal commitment, enhances the force of our advocacy.”