'All of these state regulators are involved; the press is waiting outside. The stakes are high.' 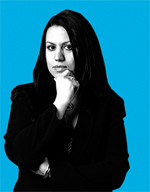 When calling out global banking goliaths Goldman Sachs and Morgan Stanley, Angela Angelakos, a securities enforcement attorney for the Illinois secretary of state’s office, learned that all eyes and ears are on you.

“The pressure is so intense. All of these state regulators are involved; the press is waiting outside. The stakes are high,” Angelakos says from her Chicago office.

Angelakos was part of a multistate task force that launched a nine-month probe of the country’s largest financial institutions in response to claims that inves­tors were fraudulently sold auction-rate securities as safe and liquid alternatives to cash. The $330 billion market froze last February when banks stopped supporting the auctions at which the securities were bought and sold, which helped trigger the global credit crisis.

“On both sides, it’s the type of case that makes or breaks careers,” says Angelakos’ supervising attorney, James Nix.

From February to August, just two years after grad­uating from law school, Angelakos cataloged nearly a thousand frantic investor complaints; coordinated in­vestigations with regulators from 12 other states; and went toe to toe with lawyers from Wachovia Corp., Goldman Sachs and Morgan Stanley.

“When investors were first coming in, we were in­terviewing them and they would say, ‘When can we get our money back?” Angelakos says. “It was a big question mark.

“Everybody wanted a guarantee, but we didn’t know what would happen.”

Unlike Angelakos’ previous cases, which primarily dealt with isolated investor grievances, the auction-rate debacle was closely scrutinized by a sophisticated network of investors, bloggers, press, regulators and financial institutions.

“For the first few weeks, my phone was ringing off the hook,” Angelakos says. “Everyone had another story.”

Angelakos fielded nearly a thousand claimant phone calls from across the country. Investors set up computer alerts for auction-rate securities, and the magnitude of communication among all interested parties was unprecedented. Bloggers posted Angelakos’ contact in­formation, and banks kept close tabs on who was fined what. Press coverage of the cases also influenced investors desperate for access to their funds.

On one particularly press-heavy day, Angelakos and a team of securities regulators from Massachusetts, Missouri, New Jersey and other states showed up at the St. Louis headquarters of Wachovia Securities to conduct an onsite examination of records and question bank officials about the company’s sales and marketing practices.

Such examinations aren’t unusual, but “there was a lot of tension in the room,” Angelakos says. “The dynamics are different when you are there in person. There’s a sense of ‘we need to get what we came to get,’ but it’s also good to have a sense of cooperation.”

Angelakos spent the entire day at Wachovia Securi­ties, but the $9 billion case against the subsidiary of the Charlotte, N.C., bank was just one part of the task force’s coordinated effort.

On Aug. 13, Morgan Stanley agreed to repurchase about $4.5 billion of the securities and pay a $35 mil­lion penalty. Angelakos and Nix drafted the agreement via e-mail and conference calls.

Although the conduct was the same, Angelakos says, “Goldman was a different animal,” with an average individual investor account of more than $20 million. Angelakos was given a green light to fly to New York City late on Aug. 20, arriving at her hotel around 1:30 in the morning.

After a 6 a.m. working breakfast at the hotel, set­tlement negotiations with the investment bank began at the New York attorney general’s office. Angelakos, Nix and about seven other state regulators and bank officials spent the next 12 hours holed up in confer­ence rooms hammering out the agreement for Goldman Sachs to repurchase $1.5 billion of the securities and pay a $22.5 million fine.

“We wanted to get it done, but we wanted to do it right,” Angelakos says. “There were moments where you said, ‘We are at an impasse,’ but then dialogue opened again. The firms have a lot to lose by not working it out.”

Customers were expecting the banking giants and regulators to reach a solution giving them access to their funds. Ultimately, Angelakos says, the state regulators wanted to send a common message to investors: You can have faith in the regulation of these markets.