Shut up! The art and craftiness of cease-and-desist letters 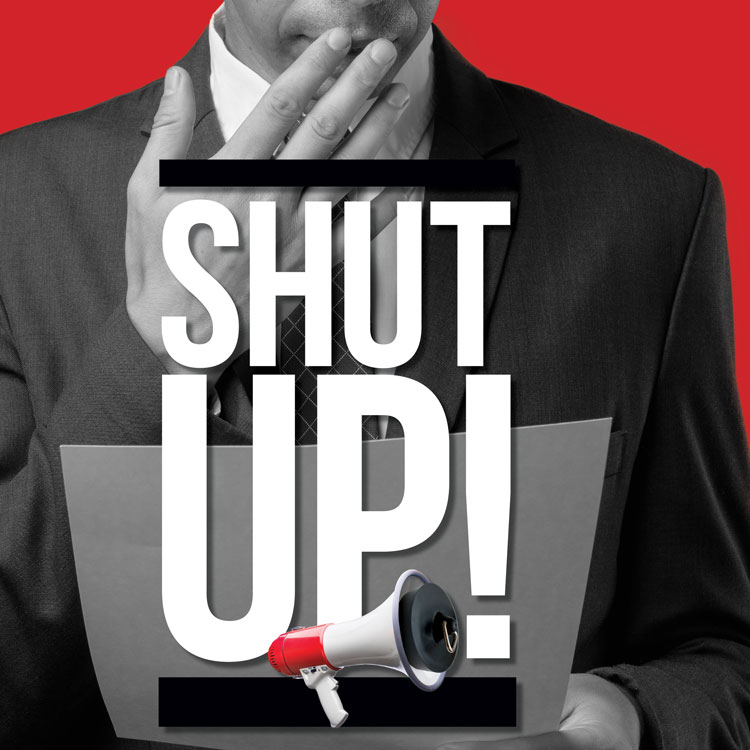 When Anthony Scaramucci became White House communications director last July, he flamed out like a meteor in a blaze of profanity and indiscretion, reduced to a cinder and fired after just 10 days on the job. But there would be a scandalous afterglow.

In November, a graduate student at Tufts University, Scaramucci’s alma mater, wrote two op-eds in the Tufts Daily opining on his shortcomings of character and lack of fitness for his position on the board of the institution’s Fletcher School of Law and Diplomacy.

Fletcher student Camilo A. Caballero described Scaramucci as “irresponsible, inconsistent, an unethical opportunist and who exuded the highest degree of disreputability,” and having “sold his soul” for a job in the White House. He added that Scaramucci’s Twitter account had been used by someone “interested in giving comfort to Holocaust deniers.”

Scaramucci promptly peppered Caballero with emails asking that he contact him and whether he was afraid to do so. The Harvard Law School graduate and successful Wall Street investment banker was threatening to sue a student for flexing his ideals and principles. 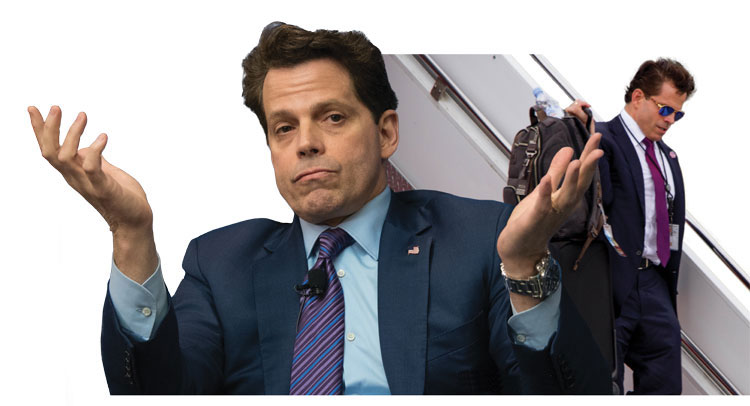 Within days, Caballero and the school paper received a demand letter from Samuel J. Lieberman, a securities lawyer at Sadis & Goldberg in New York City rep-resenting Scaramucci, saying his client is “ready to take legal action to correct these false and defamatory statements” unless there is a retraction and public apology.

In trying to silence criticism, Scaramucci tumbled back into the arena of public contempt he’d so recently, and relievedly, left behind.

“He wound up looking like a bully and a fool,” says Ken White of Brown White & Osborn in Los Angeles. He specializes in free speech cases and is an author of the popular Popehat blog, where he dissected the flap at length in even more pointed fashion.

“It’s an ugly trend—people with money abusing the legal system to protect their image and reputation,” White adds in an interview.

As the internet has fueled and fed an increasingly extreme style of public discourse in general, the use of demand letters, particularly the cease-and-desist variety concerning free speech and intellectual property, has joined in the volume and speed of that vortex. Such a letter is now often the go-to venue for finality, given the free flow of communication and the lessened likelihood of a particular contest ever being played out in a courtroom, what with high costs and docket overload.

To be clear, most demand-and-response confrontations aren’t so dramatic or colorful—or even human.

Automated takedown notices compose much of the action, alleging illegal use of copyrighted materials under the Digital Millennium Copyright Act. Many complaints are miscategorized as copyright violations because it’s easier to get a takedown. 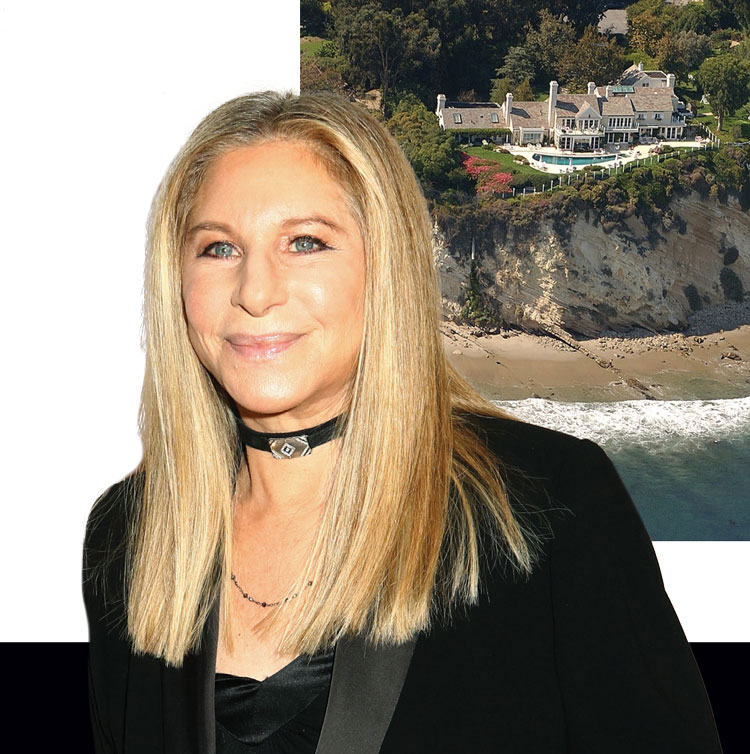 This photo of Barbra Streisand’s Malibu home became famous after she sought its removal from a website as a violation of her privacy rights and an anti-paparazzi statute. Photos by J. Stone/Shutterstock.com; © 2002 Kenneth & Gabrielle Adelman, California Coastal Records Project.

“Bots scanning for music and motion pictures are increasingly sending takedown demands in bulk to search engines,” says Wendy Seltzer, strategy lead and policy counsel at the World Wide Web Consortium, where she works on privacy, security and free expression online. Seltzer adds that the responses can be automated, too.

“It’s bot vs. bot for a few rounds sometimes before humans get involved,” she says. “A lot of people don’t realize they can counter-notify and get material put back up, or they’re afraid to try that option.”

At least bots are only as unpleasant as their coding. There are more variables when humans are directly involved from the outset, with greater possibility of adding irrational complexity.

For example, Scaramucci is indeed a victim in the Tufts fiasco, though not the kind he portrays. He got run over by the “Streisand effect,” a term coined in 2005 by the founder of the Techdirt blog, which reports on technology’s legal challenges.

Two years earlier, celebrity Barbra Streisand had sued a photographer for posting an image of her coastal California mansion—it was one of about 12,000 such shots documenting erosion. The consequences of her heavy-handed bid for privacy were swift and unintended.

Before the suit was filed, the photo had been downloaded only six times—twice by Streisand’s lawyers. Over the following month, it got 420,000 clicks. In viral fashion, she became the internet’s wealthy bully du jour.

Sharon Stone: “You call Marty because you need someone like Mike Tyson in the Holyfield fight, when he bit his ear off.” Attorney Martin Singer’s cease-and-desist letters are well-known and widely feared. However, his tactics have been called into question, and this year a California appeals court let former model Janice Dickinson’s defamation case against him and Bill Cosby proceed. Photos by Eric Charbonneau/Invision/AP Images; Kathy Hutchins, Michael Candelori/Shutterstock.com.

“That student newspaper piece would have attracted very few eyes—only a few thousand—but it went viral because [Scaramucci] called attention to it,” White says.

The Tufts Daily responded with sunshine, publishing Lieberman’s letter, along with links to the op-eds. The next morning, Scaramucci resigned from the board.

He had pushed back at being called unethical and the comment about a Twitter post. The latter was done by someone authorized to use Scaramucci’s account, who put up a poll for users to estimate the number of people killed in the Holocaust.

It turned out that Scaramucci’s friend, who’s Jewish, did not consider that might attract lowball numbers from Holocaust deniers.

“In this case, either someone is not very familiar with defamation law or is bluffing, but most practitioners would say this stuff is clearly opinion and not a close call,” White says.

Lieberman says that Scaramucci is a longtime client in his work “as an elite and well-respected investment adviser,” and that the demand letter set forth substantial authority for the positions taken.

“I’m not going to engage in a back-and-forth challenging the motives of different members of the bar,” he says. Lieberman adds that the matter is now closed, in part because Caballero softened his position in a later opinion piece for the Boston Globe, “using much more benign language” such as “flip-flopping” and saying the “Twitter account was used in a way that ended up creating a platform for Holocaust deniers.”

That moment when Bud Light sends you a cease and desist for your #dillydilly release... via a scroll... written in olde... 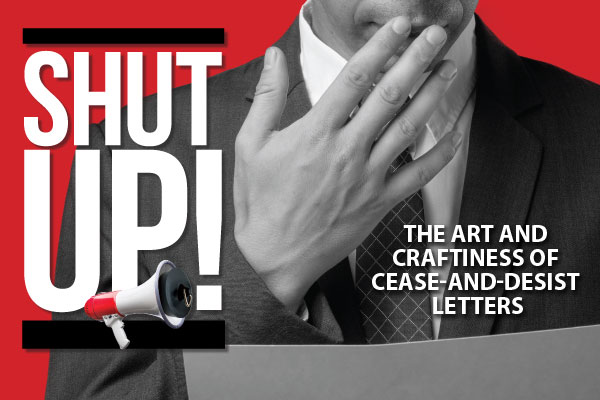 While they’re often ominous, cease-and-desist letters can also be playful while sending a pointed message. Here are the stories behind some of them.

Check out our feature, “Shut Up! The Art of Cease-and-Desist Letters,” in the July 2018 issue of the ABA Journal.