As law school enrollment drops, experts disagree on whether the bottom is in sight 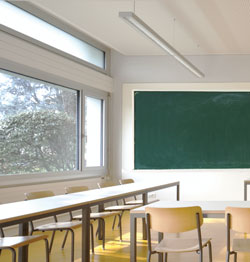 Corrected: Given recent trends, it came as no surprise that enrollment at ABA-accredited law schools fell again in 2014, according to figures released in December by the Section of Legal Education and Admissions to the Bar. It was the fourth straight year in which law school enrollment dropped after peaking in 2010.

Total enrollment in JD programs (including both full-time and part-time students) at the nation’s 204 ABA-approved law schools fell to 119,775 in 2014, down nearly 7 percent from 2013 and about 18.5 percent from its historic high of 147,525 in 2010, according to the data collected by the legal education section.

Enrollment data is included in the information reports that schools are required to file annually with the section, which is recognized by the U.S. Department of Education as the accrediting agency for JD programs in the United States.

The last time total enrollment was so low, states a Dec. 16 news release announcing the enrollment numbers, was 1987—when there were 29 fewer ABA-approved law schools than there are today.

Enrollment of first-year law students also fell in 2014 for the fourth straight year, to 37,924, down 4.4 percent from 2013 and nearly 28 percent off the all-time high of 52,488 1Ls in 2010, according to the numbers collected by the legal ed section. Enrollment of first-year students hasn’t been that low since 1973, according to the section, when there were only 151 ABA-approved law schools in existence—53 fewer than the current count.

The overall decline in enrollment did not, however, reflect what happened at every ABA-accredited law school during 2014. Nearly two-thirds of those schools, or 127, saw declines in first-year enrollment last year; at 64 of them, the declines exceeded 10 percent.

But 69 schools, or roughly a third of all ABA-accredited programs, reported increases in first-year enrollments last year. At 33 of those schools, enrollments were up by more than 10 percent. Eight schools saw little or no change in enrollment.

The overall decline in first-year enrollment at ABA-accredited law schools was not unexpected, given the declines reported in 2014 in the numbers of prospective students who took the Law School Admission Test, as well as law school applicants and applications.

The number of people taking the LSAT in October 2014 dropped 8.1 percent from 2013, following a 9.1 percent drop in the number who took the test in June compared to 2013, according to the Law School Admission Council, which administers the test.

The overall drop in law school enrollment last year was “pretty predictable,” David N. Yellen, dean of Loyola University Chicago School of Law, told the ABA Journal. “As long as the numbers of applicants and test-takers are going down, you know it’s going to be a down year for enrollment.”

Yellen, whose school posted a slight increase in enrollment last year, says the end of the current down cycle may be in sight, citing a gradual but continuing improvement in the job market during the past few years and a corresponding decline in the number of law school graduates.

“If the job market doesn’t weaken,” Yellen says, “it should lead to a better match in the next few years between the number of new graduates and the number of good-paying legal jobs.”

But Alfred L. Brophy, a law professor at the University of North Carolina in Chapel Hill who tracks enrollment data, says he sees no evidence that first-year enrollment is close to bottoming out.

Brophy, who previously predicted that first-year enrollment for the 2015 academic year would be around 35,000, now thinks that number may go even lower, given enrollment declines for 2014. “I think the number may stabilize at somewhere in the low 30,000s,” he says.

Kyle McEntee, co-founder and executive director of Law School Transparency, a Georgia-based legal policy organization, sees two bits of good news in the data. One is that it will increase the economic pressure on law schools to implement reforms that will make them more accountable to students and the general public. The other is that it suggests prospective law students are responding to information that directly affects their future. “It makes me optimistic to see that people are acting in their own self-interest,” he says.

But McEntee is also troubled by two underlying trends that he sees in law school enrollment patterns. First, he says that the overall quality of incoming students, based on undergraduate grade point averages and LSAT scores, continues to fall. Second, he says, some schools—which he declined to identify—continue to increase enrollment without regard for the needs of the students or communities they serve.

“They’re doing it for one reason and one reason only,” he says. “They need the revenue to stay open.”

This article originally appeared in March 2015 issue of the ABA Journal with this headline: “Count Off: Law school enrollment continues to drop, and experts disagree on whether the bottom is in sight"

How Low Can They Go?

Law school enrollment continued its four-year slide in 2014, according to numbers collected from ABA-accredited law schools. And experts can’t agree on whether that trend will reverse anytime soon.

Corrected on Feb 26 to state that Law School Transparency is based in Georgia rather than Tennessee.