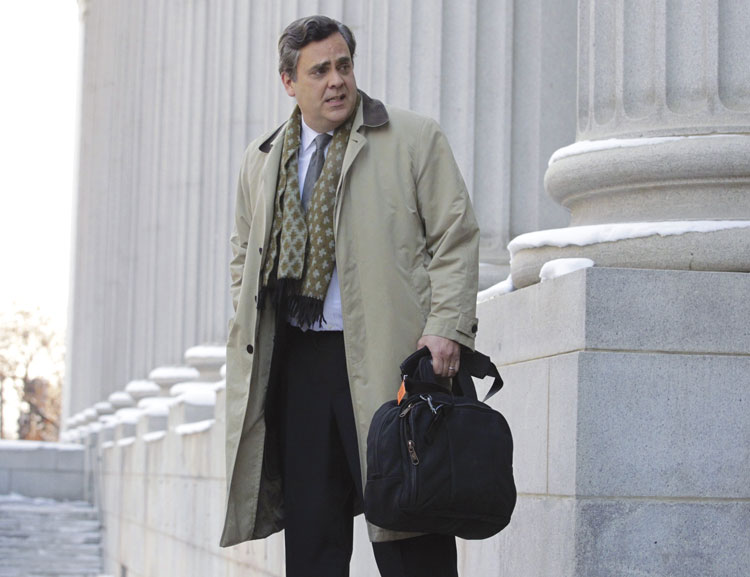 Sessions adopted different methods after he was elected to the U.S. Senate, beginning in 1997, because circumstances changed. He no longer had executive power. Many of his policy ideas were outliers, including his extreme conservatism, especially on crime and immigration, putting Sessions on the fringe. But he still had an impact.

Over the years in the Senate, Sessions repeatedly fought and thwarted legislative efforts—even those backed by Republican colleagues—for immigration and criminal justice reform. In 2013, he was instrumental in scuttling bipartisan, comprehensive immigration reform because, among other things, it included a 10-year pathway to citizenship for those here illegally and thus would flout the rule of law, which he sees as corrosive of society.

“If you look at the young prosecutor Jeff Sessions and project that self through his confirmation as attorney general, there is a remarkable consistency and clarity in what you hear from him,” says Turley. “He has always viewed himself as a prosecutor, even when he was a senator, and that’s why I think being AG was his lifelong dream.”

Sessions said as much in July during an awkward news conference after Trump humiliated him—one in a succession of such attacks by the president that seemed calculated to get Sessions to resign. Trump noted that he would not have appointed Sessions if he’d known the attorney general would recuse himself in the probe of Russian involvement in the presidential campaign. Sessions later said the criticism was “kind of hurtful.” But he also has vowed to stay as long as it is “appropriate,” saying of the job itself: “It’s something that goes beyond any thought I would have ever had for myself.”

Some might have walked away under such pressure. But after decades on his anti-crime, anti-immigration mission, Sessions apparently was willing to endure the insults in order to keep his position and the power of policymaking to finally achieve what he set out to do long ago. 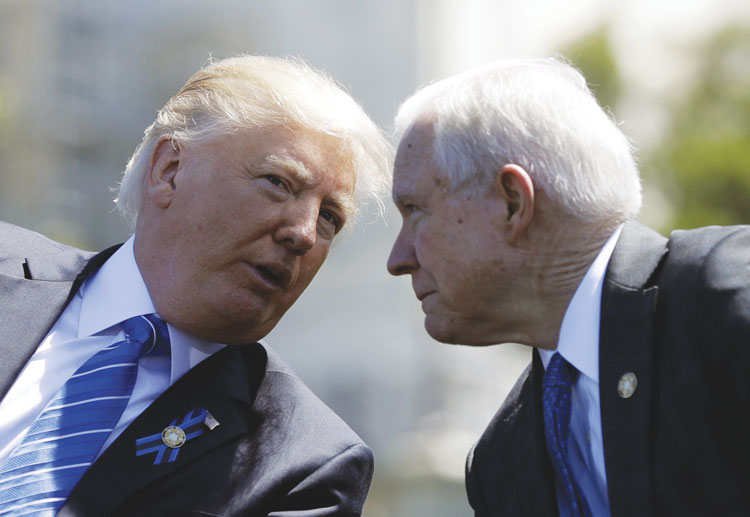 His approach is as significant as the goal. “He views crime fighting in cultural terms,” says David Dagan, a political scientist and national fellow at the University of Virginia’s Miller Center of Public Affairs and co-author of Prison Break: Why Conservatives Turned Against Mass Incarceration. “It’s not just about reducing harm in the sort of neutral language of public policy. It is about taking a side and declaring which side you’re on.”

Among many major shifts in policy, the AG moved to possibly curtail Department of Justice consent decrees with courts monitoring troubled police departments, which he has called a “war on police.” The Obama administration had obtained 14 of them; Sessions ordered a sweeping review of all active ones.

As part of this effort to support police more directly at a time of heightened criticism and scrutiny of their methods, Trump spoke in February at the midyear conference of the International Association of Chiefs of Police. He criticized consent decrees and said law enforcement in general has been “unfairly maligned and blamed for the crimes and unacceptable deeds of a few bad actors. Amid this intense criticism, morale has gone down, while the number of officers killed in the line of duty has gone up.”

Obama had been asked to speak to the IACP every year of his presidency, but declined the first seven invitations. He finally did so in the fall of 2015, shortly after Holder announced at the ABA Annual Meeting that the DOJ would no longer pursue mandatory minimum sentences for nonviolent, low-level drug offenders.

This jockeying for the hearts and minds of law enforcement leaders is another aspect of the culture wars, and Dagan argues that to reverse developments in policy and practice that no longer embrace tough-on-crime measures, it will take a sustained public law-and-order crusade of the kind Sessions has pushed as attorney general.

“It’s hard to say how much of this is ideological and how much is based on some kind of political calculus,” Dagan says. “But he clearly sees an opening, with Trump’s election, for this worldview to make a comeback.”

While Sessions adheres to an ideology that is his own eclectic combination of various conservative ideas and beliefs built on his own experience and worldview, a number of observers who watched him at work over the years, such as Turley and Berman, believe he is not a political animal at heart. For example, Sessions has pushed back against the legalization of marijuana, even as it has been accepted by several states and is becoming a significant tax revenue source for them; and that fight could be politically disadvantageous for him.

Not that Jefferson Beauregard Sessions III isn’t experienced at pure politics. He came of age when Alabama was a Democratic stronghold, albeit during the years of Gov. George Wallace, a heavy-handed states’ rights, pro-segregation Dixiecrat. While Sessions was in high school, an English teacher recommended he read the National Review, a conservative magazine, which he did. And he quickly went to work in the trenches helping his elders develop Alabama’s modern Republican Party as the state’s true conservative voice.

Sessions organized a chapter of Young Republicans at Huntingdon College, where he worked on the U.S. Senate campaign of Perry Hooper Sr., a pioneer in building the modern party. Hooper lost, but Sessions gained chits in the party. As a highly active youngster in the weaker party, he had little competition.

In 1972, while at the University of Alabama School of Law and active in the Young Republicans, Sessions worked on President Richard M. Nixon’s re-election campaign and attended the Republican National Convention in Miami.

“Sessions was really into Republican organization nationally to support different candidates, not just in Alabama,” says William H. Stewart, retired professor emeritus of political science at the University of Alabama. Stewart has written extensively on the state’s government and politics.

“Through his Young Republican days, Jeff became connected to Lee Atwater and that crowd,” says Armand DeKeyser, who worked for Sessions when he was U.S. attorney and state attorney general, and as his chief of staff in the Senate from 1997 to 2005. Atwater, a bare-knuckled political operative from South Carolina, went on to become an adviser to Reagan, who appointed Sessions to be U.S. attorney and later nominated him to be a federal judge in 1986. Taking into consideration Sessions’ conservative position on race issues, including school integration and voting rights, the Senate committee rejected the nomination.

While researching the Reagan-era DOJ two years ago, Dagan discovered an archived 1982 letter from then-U.S. Attorney Sessions to U.S. Attorney General William French Smith. It opens a window on Sessions’ appetite and style for political combat. Dagan wrote a piece earlier this year for the New Republic, “How Far Can Jeff Sessions Take His Crime War?” that noted some of it.

Sessions opens by saying he knows he’s a presumptuous “resident of the distant boondocks,” then offers his boss detailed suggestions on how the DOJ’s legislative crime package should be crafted.

Be more comprehensive without holding back, Sessions wrote, listing everything the department wants, including every prosecution reform, and don’t leave out controversial issues such as the death penalty.

The “liberals will buzz about with agonizing whines,” he continued, and having “identified themselves as sympathizers for drug smugglers and other assorted criminals, congregating around the bait, they should then be flattened by the president in a full-scale campaign on behalf of the legislation.”

“Politically nothing could be better,” he added, noting that the key is personal involvement by Reagan to highlight the differences between liberals and conservatives, and “the bigger the confrontation, the clearer the definition.”

Smith’s response was polite and detailed, as far as legislative proposals in general are concerned. But it made no mention of the details of Sessions’ suggested strategy and said the letter had been passed along to the head of the DOJ’s legislative affairs office.