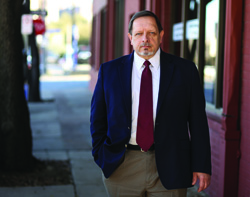 He’s talking about agents and attorneys representing creditors he says frequently falsify affidavits of service or present erroneous legal documents to his clients and to the court. The paperwork involves unpaid debts from credit cards, payday loans, medical bills and the like.

“They are scavengers, buzzards picking at the decaying carcass of a debt,” he says. He recalls one client in recent years whose checking account records proved she was away from home purchasing supplies for her family farm the same day a debt process server swore she was personally served notice of a lawsuit. Another received two separate judgments for the same debt. A third was sued with documentation for a debt originating from a bank other than the one that issued her credit card.

Jarzombek, whose Fort Worth, Texas, practice represents a wide range of consumer borrowers, says these are typical of cases he confronts in the debt collection industry, which has grown exponentially and brought with it a surge in consumer debt lawsuits and related actions flooding local courts.

Abuses in the credit industry include “sewer service”—when defendants are intentionally not served with notice of actions against them—as well as harassment by collectors, and borrowers being thrown in jail for failure to appear in court. While public awareness is growing and some states have issued reforms, attorneys who represent the borrowers—many poor, elderly or otherwise disadvantaged—say that is just the tip of the iceberg. Some are pushing for additional changes in court procedure, while others foresee a broader overhaul of industry regulations.

Consumer advocates note the rise in debt collection cases preceded the financial downturn, even as the recession resulted in a surge of defaults on home mortgages and consumer debts.

“We were seeing a huge increase in debt collection suits before the recession,” says Gina Calabrese, a law professor at St. John’s University and associate director of its Consumer Justice for the Elderly: Litigation Clinic. “It all really started with the rise of the debt-buying industry in the late ’90s.”

In New York City, debt collectors filed some 300,000 lawsuits each year from 2006 to 2008, according to data compiled by the Neighborhood Economic Development Advocacy Project, a Manhattan-based nonprofit advocacy group focused on foreclosure and other issues affecting low-income communities.

Third-party debt buyers, which include national firms such as Midland Funding and Portfolio Recovery Associates, as well as a host of local businesses, purchase delinquent debt from banks for pennies on the dollar. Doing so allows primary lenders such as JPMorgan Chase & Co. and Bank of America to get liabilities off their books. Meanwhile, these buyers of old debt set about attempting to recover what they can through lawsuits, judgments, arbitration and other actions, often reaping handsome profits.

“It was sold cheap for a very good reason—because it’s very unreliable and very poorly documented,” says Peter Holland, a clinical instructor at the University of Maryland School of Law and head of its Consumer Protection Clinic, which litigates debt-buyer cases.

Holland says he has witnessed a growing practice of “robosigning,” or rapid and undocumented review of affidavits by parties working for the debt buyers. He compares it to a similar trend in the mortgage industry, and he describes the process of sale of debt through litigation as “an unchecked system.”

The Federal Trade Commission issued a report in 2010 concluding that the debt-collection system was broken and urging individual states to protect consumers. The FTC turned over monitoring of debt-collection practices to the Consumer Financial Protection Bureau, which was launched in 2011 and has the authority to write new rules under the Fair Debt Collections Practices Act.

According to the CFPB, debt collection is a multibillion-dollar industry. In 2011, some 30 million people, or 14 percent of American adults, had debts subject to collection.

Based on consumer complaints, the bureau observed abuses that included telephone harassment, failure to send required written notice to the consumer, demands for an amount other than what is permitted by law or contract—even threat of dire consequences such as criminal prosecution or property seizure for failure to pay.

At clinics and legal practices representing consumer debtors, attorneys cite a host of problems. Among the most pressing is insufficient documentation linking third-party debt back to the original borrower.

“The paperwork is very problematic and the diligence that collection attorneys are doing is problematic,” says Calabrese of St. John’s. “They’re relying on what their clients tell them, and it’s a volume practice.”

In addition, the majority of cases are adjudicated in small-claims courts or their equivalents, where judges sometimes don’t preside. The result: Debt buyers can admit hearsay into evidence, and defendants—often individuals with limited resources—don’t engage legal representation to counter the allegations, these lawyers say.

“Lower-income people in our area are ignorant of the process,” says John Rogers, an attorney who handles consumer debt cases in Glasgow, Ky. “They just don’t know what’s happening.”

In New York state when he was the attorney general, Andrew Cuomo (now the governor) cracked down on abuses in 2009, suing two collection agencies and 35 lawyers and law firms citing court orders that had been obtained by fraud. Among the changes that followed is a stipulation in New York City that licensed process servers are required to carry a GPS tracking device that reports their activity to a third party.

Illinois passed the Debtors’ Rights Act last May, a measure designed to protect poor people from being jailed over unpaid debts. The law requires the court to investigate a debtor’s ability to make payments before issuing a payment order.

In some parts of the country, warrants are still issued for people who fail to appear in court for discovery and other proceedings related to debt cases, sometimes resulting in jail time. Katherine Rybak, a staff attorney with Indiana Legal Services in Evansville, says low-income borrowers are particularly vulnerable because they frequently move and can miss service notifications that arrive by mail.

“It’s bad enough they get a judgment against them,” she says, adding that one local sheriff told her such cases were responsible for about 15 percent of his jail population. “When they don’t show up, that’s when the [writ of] body attachment comes into play.”

In Indiana, where current law requires that service of process be issued by mail, she has petitioned the state supreme court to require in-person notification.

Holland of the University of Maryland has lobbied lawmakers in his state to enact legislation requiring the licensing and bonding of private process servers.

“A person can get a judgment against him with no knowledge he was ever even sued,” he says. “That’s really the problem.”

Debt buyers contend they are vital to credit markets because they ensure that primary credit issuers can continue to issue debt to those they deem credit-worthy.

A lawyer for ACA International (the Association of Credit and Collection Professionals), the Minneapolis-based trade group that represents debt buyers, collection agencies, collection attorneys and affiliates, acknowledges shortcomings in the industry. But, he says, part of the difficulty in compliance lies in a fragmented market with widely varying local laws.

“Right now there is concern about making sure there is appropriate documentation, appropriate proof,” says Robert Foehl, the group’s general counsel. “The standards are really jurisdiction by jurisdiction and sometimes court by court—and even sometimes judge by judge in terms of what they think satisfies that level of proof,” he says.

Some industry watchers contend that the mishandlings of these cases may not ease until the issue is addressed on a national scale.

“A lot of the costs are borne by taxpayers,” says Robert Lawless, a professor at the University of Illinois College of Law. “If the debt collection industry doesn’t clean up its own act, there’s going to be regulatory action from the CFPB or Congress or both.”