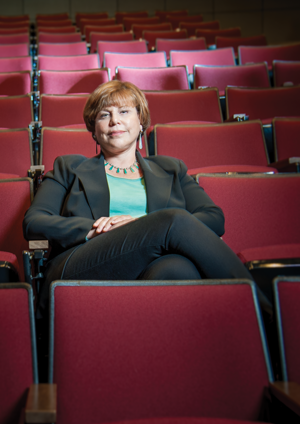 Specifically, she talks about how when she was at Harvard Law School from 1956 to 1958, there were two teaching buildings, and only one of those buildings had a bathroom for women.

“Suppose you’re taking an exam, this very intense examination, so you have to make a mad dash from one building to the next,” she says. “I can’t say that I encountered any discrimination in my classes, but there were impediments to women—and they were ... rather formidable.”

A decade earlier, in the early 1940s, Phyllis A. Kravitch couldn’t even apply to Harvard Law School. In Balancing the Scales, Kravitch, now a senior U.S. circuit judge on the 11th U.S. Circuit Court of Appeals at Atlanta, recalls being rebuffed when she asked for the application forms.

“And I received a letter—which I wish I’d kept; I didn’t—which informed me, politely but firmly, that Harvard did not accept women students,” she says.

After graduating from the University of Pennsylvania in 1943 and moving to Georgia to practice, Kravitch often found herself the only woman in a courtroom. It wasn’t until 1953 that the Georgia legislature passed a law even allowing women on juries.

More than half a century later women make up some 50 percent of law school graduates. But, as the film describes, they’re still rare in some settings: Women make up just 17 percent of this country’s law firm equity partners.

Balancing the Scales is attorney and documentarian Sharon Rowen’s look at what it’s like being a female lawyer in America, and why that segment of the population is still without equity—literal and otherwise.

Rowen, a personal injury and probate lawyer in Atlanta, has been conducting interviews for the film for an astonishing 20 years. Justice Ginsburg and Judge Kravitch are just two of the many high-profile lawyers to contribute to a documentary rich with fascinating figures.

Those include twins Ruby and Ruth Crawford, who began practicing in 1943 and appeared on the TV show What’s My Line?—where the panelists were asked to guess their profession and completely missed the mark.

Ruby Crawford talks on film about how degrading it was for female lawyers in the years when she worked for a major bank but could not sign her own name to documents.

“The letters and communications had to go out under a man’s signature, and that really galls you, you know, when you’ve done all the work,” she says.

Contemporary stories—from professors, judges, partners, ambitious associates and students—shed light on the challenges female lawyers still face. There are, for example, the contradictory expectations—to be neither timid nor forceful, not plain or showy—and the male colleagues who speak over any women in the room.

But most participants cited the complicated issue of children as the chief difficulty. The age when folks ordinarily graduate from law school and start their careers is also the age at which families often get started. It is not a new observation that women are under special pressure to achieve the impossible and to “have it all.”

Rowen presses her subjects on the topic of gender equality when it comes to child-rearing and professional progression and what the alternatives might be to level the field.

She comes away from her interviews believing that programmatic changes would help, such as allowing law firm attorneys to go part time while remaining on the partnership track. But the bigger issue is deeper and more systemic.

“It is ingrained in our culture that it’s the women who step back from their career to raise children,” Rowen says in the film.

And in the end, Rowen sees her film as both an exploration of women in the law and a call to action.

“I would like this film to jump-start a discussion in our society about how everyone—men and women—can have both career and family, with no preconceived notions about whose career is considered more important or more expendable,” Rowen says. “Only when our current assumptions are finally recognized as a problem can we then start seeking real solutions.”

One of the film’s subjects, renowned women’s rights attorney Gloria Allred, points out that it boils down to a catch-22: “I think one of the reasons we don’t see more activism by women lawyers,” she says, “is because we don’t have enough women lawyers who have become partners yet.”

This article originally appeared in the October 2016 issue of the ABA Journal with this headline: “What It’s Like Being a Female Lawyer in America: Attorney creates a documentary highlighting decades’ worth of challenges.”