Betting on a New Frontier: Solo Sets Sights on Africa 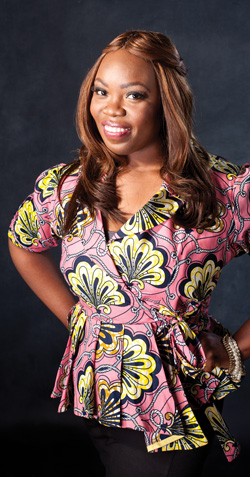 Johnetta Paye: “We’re… helping to get businesses into the country to stimulate the economy.” Photo by Savero Truglia.

Liberia-born solo Johnetta Paye is betting her homeland holds great promise for American attorneys. Africa is opening up as a new frontier for American business, and Paye is offering clients wanting to expand into the subcontinent a distinct advantage: She knows the culture and has direct access to resources on the ground.

“We’re helping to broker deals, helping to draw up contracts, helping to get businesses into the country to stimulate the economy,” says Paye, 32, who came to the U.S. as a young girl and grew up in a close-knit Liberian community in the Minneapolis suburbs.

She began her Chicago-based solo practice in 2009, taking on any work that came her way. But she always wanted to give back to Africa and a few settlements afforded her the chance to begin promoting an Africa-centric business practice.

“The issues you see in the paper—they’re a small segment of what Africa is,” she says, referring to headlines such as recent violent conflicts in Nigeria. “They have a rich cultural history and a lot of educated consumers with resources and money.”

To help develop her Africa practice, Paye has strategically partnered with two contractors, each of whom brings specific on-the-ground skills, contacts and knowledge to her law firm and clients.

Most significant is Paye’s relationship with Dozie Okpalaobieri, an American-born lawyer with Nigerian roots. Okpalaobieri, who is based in Accra, Ghana, has an understanding of African legal systems as well as contacts in various African governments that allow work to be completed efficiently for Paye’s clients.

“Things are very ripe for investment,” he says, citing examples such as the discovery of oil reserves in Liberia and a building boom in postwar Sierra Leone. “You have a lot more companies showing interest in the region.”

These direct connections to Africa give Paye’s firm an edge over larger law firms, which typically outsource work in Africa to smaller shops, Pelshak says. He also credits Paye’s creative use of technology in her practice in a region beleaguered by infrastructure shortcomings such as unreliable phone systems.

“The speed with which you can do business here in the U.S.—you have to double that in Africa,” Pelshak says.

So far Paye’s strategy is paying off. She’s already done work for investors interested in potential energy deals in Liberia and in hospitality investments in Ghana. She believes Africa will become increasingly intertwined with the American economy.

“We really are taking a bet on our country,” she says. “The time is right for sure.”