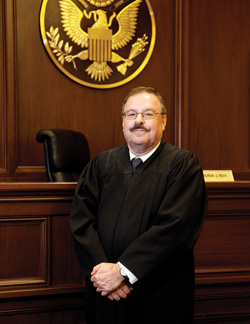 Last February, U.S. Magistrate Judge Andrew Peck took American litigation another step into the digital domain: He backed the use of predictive coding, a form of technology-assisted document review, in an employment case. Predictive coding is a method of reducing the number of documents that need human review by first digitally sorting through a sample of documents, then refining the search algorithms to make sure the relevant documents in the sample are selected. After refinement, the search is done on the entire document collection. The documents pulled out by that search then undergo lawyer review before relevant documents are presented to the opposing party.

Peck of the U.S. District Court for the Southern District of New York acknowledged the groundbreaking potential of his decision in Da Silva Moore v. Publicis Groupe & MSL Group, saying his order “appears to be the first in which a court has approved of the use of computer-assisted review” in the discovery of electronically stored information, or ESI.

“What the bar should take away from this opinion,” Peck wrote, “is that computer-assisted review is an available tool and should be seriously considered for use in large-data-volume cases where it may save the producing party (or both parties) significant amounts of legal fees.”

Peck at first noted “the decision to allow computer-assisted review in this case was relatively easy—the parties agreed to its use.” Or maybe not so easy.

The plaintiffs have disagreed about how best to implement such a review. San Francisco-based attorney Janette Wipper of Sanford Wittels & Heisler filed objections to Peck’s ruling.

“Because plaintiffs’ willingness to consider predictive coding was conditioned on the development of an ESI protocol that contained sufficient quality control standards—a condition that has not been met—plaintiffs ask that the court reject MSL’s use of predictive coding and require the parties to come up with a new ESI protocol,” Wipper wrote.

Peck has stayed e-discovery in the gender bias case while plaintiffs’ motions are pending before U.S. District Judge Andrew Carter.

Meanwhile in April, Virginia Circuit Court Judge James H. Chamblin ordered use of predictive coding in a state case—over plaintiffs’ objections that predictive coding is a “radical departure from the standard practice of human review.”

Thomas Gricks III, a partner in the Pittsburgh office of Schnader Harrison Segal & Lewis who is representing the defense in the Virginia case, Global Aerospace Inc. v. Landow Aviation, says, “Studies indicate that predictive coding is one of the most effective, if not the most effective, way to find relevant documents with lower costs and much more quickly.”

But plaintiffs argued before Chamblin’s decision that, while the defense said predictive coding review would increase accuracy from 60 percent by humans to 75 percent with computer assistance, the defense should present all relevant documents.

Plaintiffs’ counsel Jonathan Berman of the Washington, D.C., office of Jones Day declined to comment for this story.

Peck acknowledged in his ruling that predictive coding was not the easy button of e-discovery, but then neither are the more traditional methods of document review. The first approval of predictive coding, therefore, could monumental in an area of law that needs guidance,” says Gary Hebert, a products liability defense specialist from the New Orleans office of McGlinchey Stafford. “Any time you introduce a human element, you increase the likelihood of error.”

But Eric Bartko, a resource manager for the litigation support division of BartkoZankel, a San Francisco-based firm that specializes in e-discovery, calls Peck’s ruling neither surprising nor shocking since “technologically aided review has been here to stay for a long time.

“Peck’s decision makes predictive coding a matter of public record—he said if the parties agree to work it out together and can work out the rules, you can use it. Judges have allowed parties to make tech?nological agreements for a long time. This one happened to be about a particular tool.”

Bartko says the process of vetting vast numbers of documents for relevance or keywords is more complex than having them scanned by either human eyes or a computer. “Any time you’re dealing with more than 500,000 documents, you’re doing an investigatory approach to the whole process to reduce time,” he says. “Also, what you’re hunting for in your haystack changes over the course of the event.”

Bartko estimates the cost of doc?ument review without predictive coding is about $60 per hour. He would not hazard a guess as to how much could be saved using predictive coding, but said that one vendor was offering predictive coding software at a cost of about $500,000 on an annual basis. Gricks says human review would take about 20,000 man hours for the 2 million documents in the Global case.

Nailing down the cost of document review has become a point of controversy between lawyers and their clients.

“Smart clients have become gun-shy about believing what their lawyers told them about the cost of discovery,” Bartko says. “The U.S. legal profession has been slow to move into a professional space in relating to electronically stored information, and we’re moving very slowly.”

Litigation analysts have questioned whether the cost of e-discovery has led to settlements of cases that might otherwise be tried. If so, then might Peck’s ruling be a boon for justice?

“Well, it certainly would,” Hebert says. “The question of whether it’s a fair and proper solution would depend on the accuracy of the results.”

Hebert expects arguments over technology-assisted review in cases with a high volume of documents will proliferate.

“Until there is some consensus among experts and litigators, and there is a comfort level that one method or another is reliable and cost-effective,” Hebert says, “you’ll continue to see cases ripple through the system and courts grapple with these issues.”