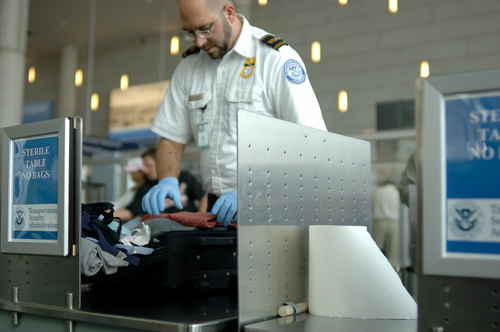 Serious concerns about protecting the attorney-client privilege and confidentiality of client information at the nation’s borders have prompted the ABA to urge the Department of Homeland Security to ensure that proper policies and procedures are in place at the nation’s borders to prevent the erosion of these important legal principles.

“The ABA understands and supports the critical role that DHS, CBP [U.S. Customs and Border Protection] and ICE [U.S. Immigration and Customs Enforcement] play in protecting our national security,” ABA President Linda A. Klein wrote in a May letter to DHS Secretary John Kelly and Acting General Counsel Joseph Maher.

“Just as border security is fundamental to national security, so too is the principle of client confidentiality fundamental to the American legal system,” Klein added.

She said the association is troubled about directives that permit CBP and ICE officers to search and review the content of lawyers’ laptop computers, cellphones and other electronic devices at U.S. border crossings without showing reasonable suspicion. These devices, she emphasized, typically contain client information that’s inherently privileged or otherwise confidential.

The lawyer-client relationship, which includes the lawyer’s strict ethical duty to preserve the confidentiality of communications with the client, is a cornerstone of our civil and criminal legal systems, Klein said in her letter. Furthermore, she said the lawyer’s duty to preserve client confidentiality is very broad and covers material that’s protected by the attorney-client privilege and the work product doctrine, as well as other nonprivileged information the client wishes to keep private.

The ABA has consistently fought to preserve the attorney-client privilege, the work product doctrine and the confidential lawyer-client relationship. Klein said the ABA worked closely with the National Security Agency and other federal entities in 2014 to ensure that their procedures “protect the confidentiality and attorney-client-privileged status of lawyer-client communications intercepted or otherwise received by the NSA or other agencies” during surveillance activities.

In response to the ABA’s request at that time, the NSA assured that it is firmly committed to the “bedrock legal principle of attorney-client privilege,” and the agency agreed that it was vital for proper policies and practices to be in place to prevent the erosion of the privilege.

Although the CBP and ICE directives include some requirements for special review and handling of materials that appear to be legal in nature or are identified as protected by attorney-client or work product privilege, Klein said these requirements are not sufficiently clear or comprehensive enough.

She pointed out that courts have generally permitted “routine cursory border searches of travelers’ computers and other electronic devices as an exception to the Fourth Amendment prohibition against warrantless searches without probable cause.”

But the 9th U.S. Circuit Court of Appeals at San Francisco has concluded that an intrusive forensic search of a computer hard drive is not routine and requires reasonable suspicion to be permissible.

Klein also cited legal precedent from the U.S. District Court for the Southern District of Texas: During routine border searches, customs officials may not take the “nonroutine step” of reading an attorney’s privileged documents without a warrant or a subpoena.

Klein suggested the Department of Homeland Security revise the CBP and ICE directives to state that when a lawyer travels across the border with a device identified as containing privileged or confidential client information, officers can perform only a routine, cursory physical inspection. Electronic documents on the device can’t be read, duplicated, seized or shared unless the officials first obtain a subpoena based on reasonable suspicion or a warrant supported by probable cause.

Klein emphasized that the ABA looks forward to working with the DHS to ensure the public has appropriate confidence that its officials “respect the critical role that privileged and confidential communications between lawyers and their clients play in our free society.”