Breaking the Shackles: More Must Be Done to End Human Trafficking and Help Victims 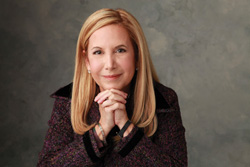 Like many immigrants, Rosa left her home in Venezuela in search of a better life in the United States. But when she arrived in New York City in 1992, the man who helped bring her to this country told Rosa she needed to pay off her debts. She was taken to a house outside Manhattan, where she was raped and beaten. For more than a decade, her life was a nightmare of imprisonment by her pimps and exploitation through forced prostitution.

Human trafficking is one of the fastest-growing and most lucrative crimes in the U.S. and in the world because, unlike ammunition or drugs, human beings can be exploited and sold repeatedly for profit. In the U.S., hundreds of thousands are victims of labor and commercial sexual abuse, including an estimated 250,000 children ages 10-17. According to the U.S. Department of State, 21 million people—mostly women and children—are trapped in modern-day slavery worldwide.

The United Nations reports that 80 percent of victims are exploited as commercial sex slaves, and many others are forced to perform labor in homes and sweatshops. Criminals earn an estimated $32 billion yearly.

Rosa’s story, and those of millions of others, motivated me to choose the battle against human trafficking as one of my priorities as president of the American Bar Association. My professional experiences also guided me. As a young lawyer, I handled prostitution cases and helped women who were victimized by traffickers, prosecuted in the courts and then left without supportive services—such as job training or housing placement—that would have increased their opportunities for independence.

While awareness of human trafficking is growing, the programs to combat this crisis lag. As lawyers, we can and should commit ourselves to the fight for trafficking victims’ human rights in the U.S. and abroad.

First, we must change attitudes about how human trafficking is viewed by law enforcement, the legal community and the public by asking: Who is a victim? And how is this crime perpetrated? Laws worldwide often criminalize prostitution and treat victims as criminals. But they do not hold accountable traffickers or those who support trafficking along the supply chain by selling, transporting or housing victims against their will.

The ABA has fought trafficking by urging courts and police to screen for victim abuse and exploitation. We have encouraged lawyers to provide pro bono assistance to protect victims. But our work is far from complete.

The ABA’s new Task Force on Human Trafficking has several initiatives under way, including the development of best practices for businesses if they encounter trafficking, and training for lawyers and law enforcement officials who are often the first to respond to those situations. The task force will also strengthen pro bono networks to ensure that all civil legal needs of trafficking victims are addressed.

A media campaign, including a new video, will explain how the legal community can help. That campaign also includes the ABA’s participation in the Fulfill the Promise event on Sept. 22 in Washington, D.C., commemorating the 150th anniversary of the Emancipation Proclamation. The ABA, in partnership with local and federal government and private organizations, will help fulfill Lincoln’s promise to end slavery.

As for Rosa, she has endured other setbacks—she was beaten by her husband and she faced deportation. But lawyers helped Rosa escape from a life of desperation and pain to one of hope and promise. A lawyer first identified her as a human-trafficking victim and secured representation for her immigration and child custody cases, as well as her divorce. Rosa has two beautiful daughters and now is an anti-trafficking activist in New York state.

I hope her story, and the initiatives I have outlined, will inspire you to join our effort to end the exploitation and abuse that shatters the lives of millions of people and their families. In future columns, I look forward to discussing our other presidential initiatives, including cybersecurity, gender equity and the imperative need for adequate funding of our justice system.