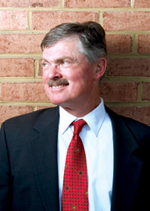 As a lawyer for the city of Chicago, Benna R. Solomon counts on a trio of 19th century U.S. Supreme Court rulings to beat back challenges to the city’s handgun ban. “In the short run, we don’t have to do much because the authority already is with us through Supreme Court precedent,” says Solomon, an appellate specialist who expects one day to argue Chicago’s case before the justices. But those old cases may amount to little more than a frayed thread stretched between the city and gun-rights advocates who want to abolish the ban.

The Supreme Court made history June 26 when it voted 5-4 in District of Columbia v. Heller (PDF) to strike as unconstitutional a similar prohibition in Washington, D.C., holding for the first time that the Second Amendment confers an individual right to possess firearms inside one’s home. Now it’s back to the lower courts as gun-rights supporters and local governments that restrict firearms explore the limits of that right.

Substantive issues include whether someone can carry a concealed gun on the street and whether officials can outlaw gun possession for public housing residents.

Still, nothing moves until the courts determine wheth­er gun proponents can enforce the newly minted in­di­vidual right through the doctrine of incorporation, which the high court uses to apply the Bill of Rights to state and local governments. The issue didn’t arise in Heller because the District of Columbia is a federal enclave.

Solomon adds, “Without incorporation, the Second Amendment would have absolutely no effect on the city of Chicago.”

Gun-rights groups long had eyed Chicago as the next stop should Heller go their way. And Chicago May­or Richard M. Daley didn’t have to wait long to add another title to his resumé: defendant. Within a day of the justices’ decision, the mayor and city found themselves and their gun ban in federal district court. Chicago faces two challenges, one led by the National Rifle Association and the other by the Second Amendment Foundation, an advocacy group based in Bellevue, Wash.

In recent years, gunfire has killed dozens of Chicago schoolchildren. The city received a potential PR setback in its bid to host the 2016 Summer Olympics when four people were shot—one fatally—downtown July 3 as a crowd of more than 1 million dispersed after the city’s Independence Day fireworks show.

In an amicus brief filed in Heller, the city and its school board urged the court to consider the incorporation question, saying “Chicago is especially well-situated to address the incorporation issues this case raises.”

But some Chicago suburbs backed out as the gun-advocacy groups jumped on them, most citing the legal expenses associated with what officials considered losing cases. That included Morton Grove, northwest of Chicago, which repealed its 1981 ban, the nation’s first.

Not far away, aldermen in the lakefront college town of Evanston at first repealed the city’s ban and planned to replace it with an ordinance to comply with Heller. They folded in late July after gun-control advocates requested more time to study ways to make the new ordinance tougher. A little farther up Lake Michigan’s north shore, the affluent community of Wilmette pre-emptively repealed its ban rather than face a possible lawsuit. That leaves only Chicago and the historic village of Oak Park, which borders the city on the west, to defend against the challenges.

First, however, a court will have to determine wheth­er the precedents the city cites remain good law.

More than a century ago, the court repeatedly held that the Second Amendment and the rest of the Bill of Rights merely acted as restraints on the use of the national government’s power against the states. To Chicago’s lawyers, those cases leave the states free to regulate firearms on their own.

In the seminal 1875 case, United States v. Cruikshank, the court vacated the convictions of members of a white mob accused of depriving blacks of their Second Amend­ment right to keep and bear arms. Though cryptic in its reasoning, the court left no doubt that the amendment was the wrong tool: “This is one of the amendments that has no other effect than to restrict the powers of the national government.”

City lawyers also are keen on Pres­ser v. Illinois, where the court in 1886 held that the amendment didn’t pre­vent the state from prohib­iting a parade of 400 armed men through the streets of Chicago. Similarly in 1894, the court, in Miller v. Texas, affirmed a state law forbid­ding a murder defendant from carrying a weapon.

Though the cases have gathered dust for dec­ades, the Chicago-based 7th U.S. Circuit Court of Appeals refused to upend the precedent as late as 1982 when it affirmed Morton Grove’s ban in Quilici v. Morton Grove. “It is the law of the land and we are bound by it,” the court stated.

Even though judges may view the old cases skeptical­ly in light of Heller, no one would dare mess with them, Solomon maintains. “They are bound by Su­preme Court precedent.”

But the incorporation doctrine has changed since the 19th century, bringing in the 14th Amendment’s due process provision as support for holding states responsible for violations of individual rights. Today, nearly every amendment that addresses individual rights has been incorporated to the states, with the exceptions of the Fifth’s indictment clause and the Seventh’s right to a civil jury trial.

Gun proponents say the Second Amendment’s freshly blessed individual right already enjoys fundamental status. “The Heller decision suggests that if a case arises, the 14th Amendment would apply,” says Stephen J. Halbrook of Fairfax, Va., a veteran litigator for the NRA and one of the lawyers in the Chicago challenge. Schenck says his clients also are exploring incorporation arguments under the Ninth and 10th amendments, which reserve for the people or the states, respectively, all rights that the Con­stitution does not expressly grant the federal government.

Beyond incorporation and with an ordinance so similar to the one struck down in Heller, the Chicago ban’s future could be dim. Solomon acknowledges that the city hadn’t fully considered substantive issues in the weeks immediately after the Supreme Court spoke. But she adds that the city has no plans to roll over. “I expect we will have more than one argument,” she says.

But the Chicago City Council may want to take a look at the D.C. council’s in-your-face response to the Supreme Court. The council unanimously adopted a new ordinance on July 14 that allows people to keep handguns, but requires that they be unloaded and rendered otherwise inoperable by being broken down or secured with trigger locks or in a safe.

An owner can only assemble and load a handgun “while it is being used to protect against a reasonably perceived threat of immediate harm.” But a gun that doesn’t work is useless, as Justice Antonin Scalia wrote for the Heller majority, so the district’s storage requirements would likely also be unconstitutional.

“As someone jokingly said, the robber would have to call and make an appoint­ment,” Halbrook says.

Acting D.C. Attorney General Peter J. Nickles says he offered the “perceived threat” wording so gun owners at least will have some idea whether they’re on solid legal ground when they decide to use deadly force.

Furthermore, D.C. expanded its definition of illegal machine guns to include semi-automatic handguns, by far the most popular kind, and required prospective registrants to submit their weapons for ballistics testing to determine whether they had been used in crimes. That went way overboard for Dick Anthony Heller, the original plaintiff in the Supreme Court case. After several unsuccessful attempts to register both semi-automatics and revolvers, Heller and two other plaintiffs went to federal court in mid-July in an attempt to block the district and Mayor Adrian M. Fenty from enforcing the ordinance.

The new ordinance’s destination hardly surprises Nic­kles. “I’m confident that there will be litigation for years to come,” he says, “and I’m comfortable with that.”