Burgeoning Blogs: Can They Give BigLaw Firms an Edge?

LexBlog’s 2012 survey of large U.S. law firms has found 155 firms now have blogs or lawyers blogging. That is 77 percent of the Am Law 200. It’s also a 26 percent increase over when LexBlog last did its report in November 2010.

As the August report notes in its introduction, “Based on the findings presented in this report, we have reached a critical point in large law’s adoption of blogs.”

Those 155 firms produce a total of 633 blogs. That is a 63 percent increase over the last report.

• Firms without blogs, on average, rank slightly higher than those with—indicating that those toward the top half have been slower to adopt.

• On average, firms with blogs rose in the rankings while firms without blogs slipped.

While the report notes “this is not to imply a direct causation,” it also states that “there are factors to consider that might lead to the correlation evidenced”:

• Having more attorneys motivated to do more client development and build their own personal brand.

• Firms putting at least some of their increased gross revenue into social media efforts, considered to be more cost-effective marketing tools. 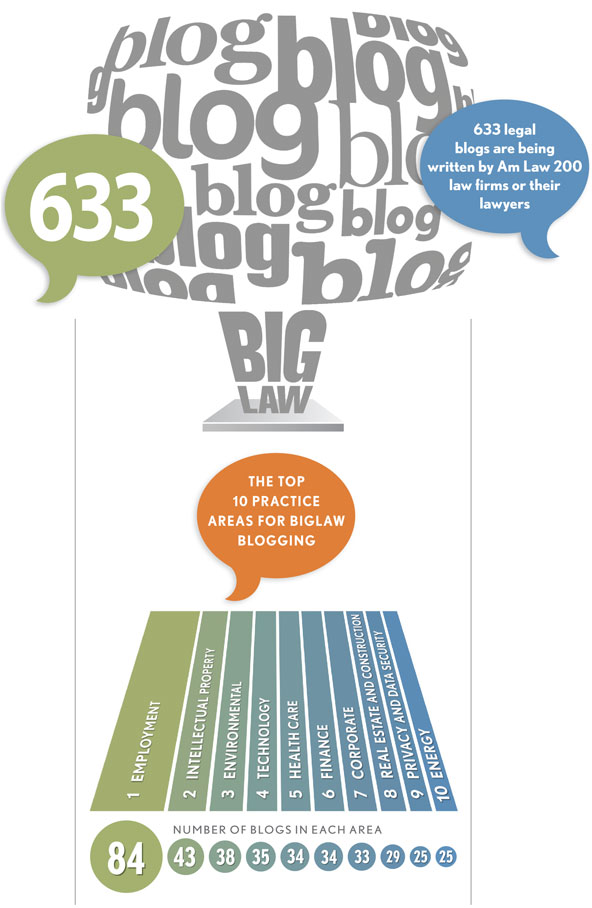