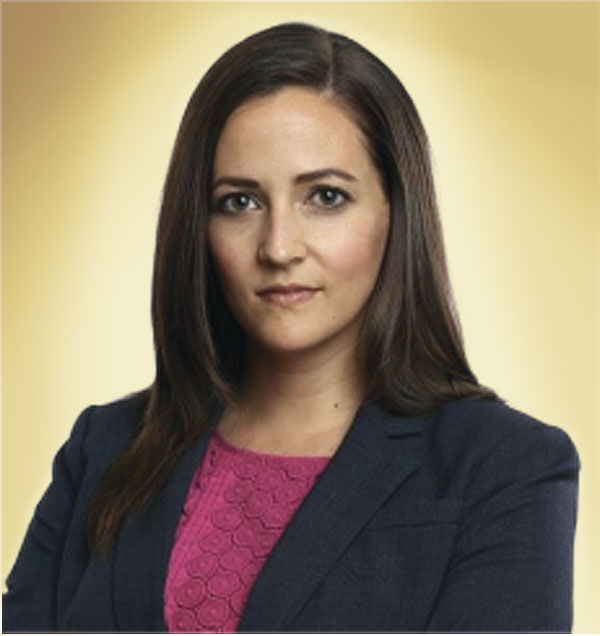 This much is clear: Many students who have made accusations, as well as those who have been accused, feel like they didn’t receive justice.

Raechel Liska, a graduate of the University of Wisconsin at Whitewater, where she was in the ROTC program, says she was sexually assaulted by another ROTC student in October 2014. She also believes she was drugged while at the bar.

When she woke up the next morning, she felt like something was “seriously wrong” and went to the hospital.

The male student reportedly said they had a consensual sexual encounter.

Liska made a report to school officials, but says the administration mishandled the complaint. She says she met alone with the dean of students and believed the dean was taking her allegations seriously.

The dean found the complaint unsubstantiated—a decision communicated to Liska via email.

“I actually, physically, dropped to the floor,” Liska says. “I was under the impression she was listening to me when I was talking to her. I put a lot of faith in the university justice system.”

Liska believes the dean reached her conclusion after an incomplete investigation that relied on statements by the male student and his friends.

“The big thing that she focused on was body language,” she says. “I don’t understand how someone who wasn’t there can say my body language gave consent.”

Liska, who had a 4.0 grade point average, says she no longer wanted to attend ROTC classes where she would have to be in close contact with her alleged assailant. She says the school offered that she could drive to the Madison campus to take those classes, but doing so would have required making a two-hour round trip four times a week.

Liska, who is now represented by SurvJustice, filed a Title IX complaint. She also is pursuing a complaint with the military against her alleged assailant.

In April, the New York Supreme Court Appellate Division ordered the State University of New York at Potsdam to reinstate Benjamin Haug, a former student expelled for allegedly violating the school’s code of conduct by having sex with another student without first obtaining her explicit consent.

That matter stemmed from an encounter during the first week of Haug’s freshman year. On Sept. 7, 2014, Haug had sex in a dorm room with a female student he had been friends with for several years. The woman later reported to campus police that she had been sexually assaulted—though she also said she hadn’t declined to have sex. At SUNY, as at a growing number of schools nationwide, students are required to obtain “affirmative consent” before engaging in sexual activity.

Haug was summoned to a disciplinary hearing, presided over by a three-person board. The accuser didn’t appear at the hearing. Instead, the school’s student conduct director read from her notes about the accuser’s account of the incident.

Haug, who came to the hearing with a friend, also testified about his version of events. He hadn’t yet told his parents what was happening and didn’t have an attorney.

The hearing board decided that Haug should be suspended for one semester. He was also told to read two books—one relating to sexual conduct and consent and one relating to alcohol—and to write 10-page essays on each.

Haug, a percussionist, was attending SUNY on a music scholarship, which he says he would lose if suspended.

After learning of the decision, he appealed to a school review board, which increased the penalty to expulsion. Haug’s family then retained a lawyer, who challenged SUNY’s decision in court.

A divided New York appeals court ordered SUNY to reinstate Haug. The appellate court ruled 3-2 that the hearsay evidence “did not constitute substantial evidence to support the determination” made by SUNY.

The state is moving forward with an appeal.

“His version of the events was, at the very least, not given a lot of weight,” Grandy says.

A former prosecutor, Grandy says he hadn’t previously handled a lawsuit stemming from a school disciplinary matter. Doing so was eye-opening.

“I realized just how scary it really is when you get wrapped up in one of these things—especially on the side of the alleged offender,” he says.

“If you exert some sort of power or authority over someone, you need to be careful about how you do that,” he says. “If you’re going to take away from someone thousands of dollars, if you’re going to kick them out of your institution, if you’re going to hold their educational careers hostage while some suspensionary or expulsionary period runs, then you can’t tell me you’re not doing something serious enough to warrant safeguards.”

Haug never finished his college education. He now works as a welder in Buffalo.

On the federal level, in July 2016 the 2nd Circuit at New York City reinstated a Columbia University student’s suit accusing the school of violating his Title IX rights by acting with “sex bias” in investigating and suspending him.

The student in that case said he was suspended for two years after a consensual sexual encounter with another student, identified in court papers only as Jane Doe.

In his version of the incident, as set out in the complaint, he and Doe spoke in a campus lounge in the early morning hours of May 12, 2013, went out for a walk, and then eventually went back to her suite, where they had sex in the bathroom.

That September, four months after the incident, he was informed that he had been accused of engaging in nonconsensual sexual intercourse, according to the complaint. That same month, he was told that Columbia had issued an order forbidding him from having contact with the female student, and also prohibiting him from accessing any residence halls.

He alleged that he met with the school’s Title IX investigator and told her about witnesses who were in the lounge, but that she didn’t contact those people. The following February, Columbia determined he violated the school’s policies by coercing Doe. He was suspended until the fall of 2015.

He appealed, as did his accuser—who argued that the sanction was too severe. But the dean of Columbia College, James Valentini, denied both appeals. He said the Title IX officer had discretion about which witnesses to interview, and that no witness was present for the encounter itself.

The school defended its policies in court, arguing they “are carefully drawn to account for the interests of all students—including the complaining student and the respondent—and to advance the educational mission of the university.”

A trial judge dismissed the lawsuit, but the 2nd Circuit reinstated it last year. The matter was withdrawn in January after the parties reached a confidential settlement.

The accused’s lawyer, Andrew Miltenberg of New York City, is among those who say schools aren’t in a good position to adjudicate crimes like sex assault. “I don’t think they’re currently equipped, either with the personnel or from an institutional knowledge standpoint, to handle these things,” says Miltenberg, who has represented more than 100 accused students.

If schools continue to judge these types of cases, Miltenberg says, there should be changes, including a more measured response by schools and more rights for accused students. “There needs to be a fuller opportunity for people to defend themselves.” n