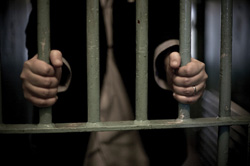 Perjury, eyewitness mistakes, a failure to use available DNA evidence and outright fabrications are among the reasons why more than 2,000 people have been exonerated in the United States over the past 23 years after being wrongfully convicted of crimes like murder, rape and robbery.

“The era of DNA post-conviction exoneration is going to end because all DNA testing will be done prior to trial,” says Rob Warden, executive director of the Center on Wrongful Convictions. Warden worked with Michigan law professor Samuel Gross to compile the registry. “It was really important to document these other factors and other problems in the justice system, particularly false confessions.”

The registry will give reporters and researchers a place to turn for case examples and raw data, Warden says. “I would expect that this will touch off further investigation of phenomena such as recantations and false confessions and the use of jailhouse snitch testimony,” he says. “My hope is that there will be additional research and spinoffs on this. Some of those, we’re going to do ourselves.”