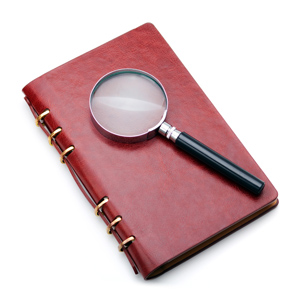 When Malaysia Airlines flight 370 vanished after takeoff from Kuala Lumpur on March 8, 2014, it never occurred to Richard Campbell that he'd be involved in some of the earliest litigation over the disaster—or any missing-plane-related litigation, for that matter.


But by August, the Chicago-based head of Mayer Brown's wealth management practice, who focuses on estate planning, was in Cook County Circuit Court seeking a presumption-of-death ruling for two passengers on the flight.

How hard could that be? Millions watched worldwide as news coverage of the search stretched into months with no sign of the plane. Most believe there can't possibly be any survivors. But news coverage and public consensus are no substitute in court for admissible proof.

Campbell's case involved Muktesh Mukherjee, a native of India, and his wife, Xiaomo Bai, a Chinese national, who were returning from Vietnam. While the couple was vacationing, their two sons, Mirav, 8, and Miles, 3, were staying with their maternal grandparents in China, where the couple had been living.

The plane's disappearance was not only a tragedy but a legal morass for the children's maternal and paternal grandparents. They had no formal authority to care for the children, nor access to Bai and Mukherjee's assets to be able to do so.

Last April, both sets of the children's grandparents went to court in India and agreed to an order naming the paternal grandmother their legal guardian. Yet they still lacked legal access to the couple's assets, which included a condo in Chicago.

"The grandparents needed a way to get the probate estate open and an administrator appointed," Campbell says. "Having real estate here created jurisdiction to open the ... estate."

Campbell's firm represents ArcelorMittal, a steel company where Mukherjee worked, which has offices in Chicago. The company solicited a lawyer to handle the probate matter, and in mid-May it landed on Campbell's desk. He and his associate, Gina Oderda, who Campbell says did the lion's share of the work, began immediately.

In Illinois, there's a presumption of life for seven years after a person has been missing. Obtaining a death certificate before that time elapses requires overcoming that presumption by establishing facts and circumstances—for example, exposure to peril—that would lead a reasonable person to conclude the missing person is most likely deceased.

Campbell knew the case was going to be difficult. "When you look at this from afar, this has to be the easiest missing-persons case ever," he says. "The entire world knows what happened. But judges are very wary of declaring someone dead because what's the worst that can happen? The person comes back—and that actually happens."

Proving the couple was on the plane would normally involve introducing business records authenti-cated by the airline, such as the passenger manifest, as an exception to the hearsay rule. Those records proved exceptionally difficult for Campbell to secure. "Usually a business record is easy to get, especially when you're not suing the company," he says. "But it was impossible to get ahold of someone at Malaysia Airlines. They didn't want to deal with us, in part because they thought we were personal injury lawyers looking to sue them."

The airline posted a passenger manifest on the Internet, but without authentication, it remained rank hearsay. The families also received from Malaysia Airlines certificates confirming Mukherjee and Bai were passengers. Without more, those were also hearsay.

Campbell planned a workaround. He'd rely on a different exception to the hearsay rule. His argument was that Malaysia Airlines was owned by the Malaysian government, so when the airline put the passenger manifest on the Internet, it qualified as a government record.

In addition, Mukherjee and Bai were Canadian citizens, so Campbell took a shot at securing evidence from Canadian government officials. "When it was still a possibility this was a terrorist attack, all the passengers had to be vetted," he explains. "So the Royal Canadian Mounted Police looked into the couple's background." Miraculously, the day before the hearing, the problem was solved. Local counsel hired by Malaysia Airlines provided Campbell with authenticated documents proving the couple was on the plane.

Campbell next had to establish that the search was extensive and fruitless. "We needed proof of the search for the plane and the fact that it most likely went down in the ocean," he says. "And we knew we weren't going to get somebody to come and testify about the search in person in Chicago."

Again, Campbell relied on the government records exception to the hearsay rule. The Australian government, which conducted the bulk of the search efforts, published its Ministry of Transport's records on the Internet, detailing search areas and efforts. The searches—at first involving more than 150 ships and planes—covered millions of square kilometers of ocean surface and more than 850 kilometers underwater, and were ongoing at press time.

"We were able to get those admitted as an exception to the hearsay rule," says Campbell. "We argued they were records of the Australian equivalent of the U.S. Department of Transportation or the Federal Aviation Administration."

Finally, it was necessary to prove the couple hadn't just ducked away on a lark, possibly to return at some future point. The children's paternal grandfather, Malay, traveled from India to Chicago to testify. Campbell also introduced an evidence deposition from the paternal grandmother, Uma, who remained in India for the children's first day of school. Malay testified that the families vacationed several times each year, and that he and his son spoke by phone every Sunday. The last time they'd spoken, he said, was the Sunday before the plane's disappearance.

Judge Susan Coleman was convinced, stating she had no choice but to adopt Campbell's closing arguments as findings of fact. "I wholeheartedly agree that this set of circumstances is tragic," she ruled. "It's clear to this court that the presumption of death for both individuals has been shown."

Today, Campbell is heartened that the children live with their paternal grandparents in Mumbai and regularly see their maternal grandparents. He's also proud of the U.S. court system. "It was a highly emotional hearing and an outstanding example of what the judicial system can do," he says. "You hear lots of complaints about lawyers and the judicial system. But when you see you can get before a judge halfway around the world and solve a problem, that's a positive thing."

This article originally appeared in the March 2015 issue of the ABA Journal with this headline: "Filling in the Blanks: A Chicago lawyer pieces together a missing couple's story to obtain a court ruling that they died."