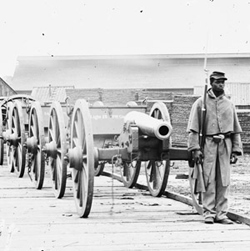 “We cannot escape history,” Abraham Lincoln famously declared in a message sent to Congress in 1862. He firmly believed that the Civil War generation would be “remembered in spite of ourselves.”

A century and a half later, the nation-changing saga of slavery, secession, rebellion, emancipation and reunification, and the people caught up in the bloody struggle to redefine America, remain as vivid and compelling as ever—perhaps even more so. And in some cases, the issues over which they fought so bitterly remain unresolved.

In early 2010, as a case in point, Gov. Bob McDonnell of Virginia heralded the approach of the Civil War sesquicentennial as an opportunity to celebrate states’ rights. As governor of a state long identified with the Confederacy, he ignited a firestorm of criticism for ignoring not only the terrible impact of slavery on U.S. history but also the millions of living African-Americans who trace their roots to enslaved ancestors. McDonnell promptly apologized and rededicated the anniversary to slavery’s millions of victims, and to an honest exploration of the issue that broke the country apart.

But that has not stopped “Southern heritage” bloggers from insisting that what the Civil War really accomplished was not freedom but abuse of presidential power, global adventurism, subjugation of white voters and nationalism run amok. More than sevenscore years after the last of the war’s 600,000 dead breathed their last, the divisiveness that boiled over into conflict remains for many Americans an unresolved part of our culture.

The Civil War centennial, observed in 1961-65 by a nation struggling over how—and in some cases whether—to complete Lincoln’s “unfinished work,” failed to address many of these complex issues. Instead, the centennial highlighted battlefield re-enactments and hollow rhetoric. Many Southerners resisted exploring the slavery issue, arguing that it would encourage the growing civil rights revolution. History took a backseat to politics.

Today’s generation of legal scholars and historians—many of them boys and girls during that 100th anniversary, have an opportunity to address honestly and thoroughly the issues that still exacerbate wounds that have never really healed. The issues of presidential power, states’ rights, constitutional safeguards, civil rights and civil liberties have never seemed more relevant.

Addressing these issues now vivifies the history we cannot, and must not, escape. Words spoken by Lincoln still hold true: “The struggle of today is not altogether for today. It is for a vast future also.”

Harold Holzer is senior vice president for external affairs at the Metropolitan Museum of Art in New York City and chairman of the Abraham Lincoln Bicentennial Foundation. His books include Lincoln President-Elect: Abraham Lincoln and the Great Secession Winter 1860-1861.

More on the Civil War

Books published recently by the ABA shed more light on legal aspects of the Civil War and how Abraham Lincoln’s legal career helped shape his presidency.

Such topics as the Dred Scott case, secession, international law, the trial of the defendants charged with conspiring to assassinate Lincoln, and the abolition of slavery are discussed in detail in Civil War Lawyers: Constitutional Questions, Courtroom Dramas and the Men Behind Them. The book by Arthur T. Downey also includes short biographies of many of the lawyers whose careers intersected with the Civil War.

Also available from ABA Publishing is Lincoln’s Counsel: Lessons from America’s Most Persuasive Speaker. Author Arthur L. Rizer III takes an in-depth look at Lincoln’s legal career and the lawyerly skills he applied to the presidency. One of the chapters is titled “The Greatest Closing Argument Ever Made: The Gettysburg Address.”

These books and related products may be ordered through the ABA Web Store.

Meanwhile, the ABA is working closely with the American Film Co. to help build interest in The Conspirator, which tells the little-known story of Mary Surratt and the young lawyer who represented her on charges of conspiring to assassinate President Abraham Lincoln. The film is set for general release on April 15.

Due to a production error, the first article in the print version of the Civil War feature, “An Inescapable Conflict,” April, is truncated. The complete essay and author biography appear at ABAJournal.com and as a PDF for free download here. In the same feature, the article, “Secession: How the South Nearly Won,” is missing the first character of the headline.