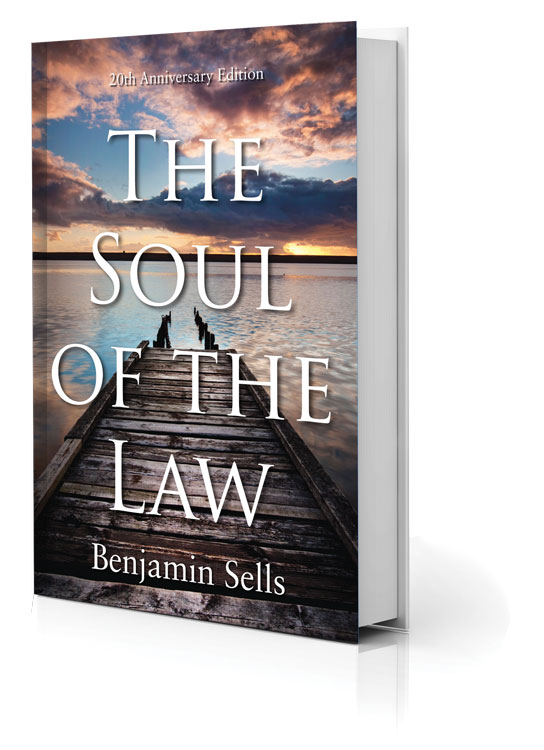 Growing up as the daughter of an Episcopal minister, I was pretty skilled at censoring myself as a kid. Swearing (and voicing blossoming political opinions that differed from others) was verboten in our household; even the phrase shut up was outlawed. But once I became a member of the bar, I learned a whole new vernacular. Such language felt potent at the time. I honestly didn’t realize the toll all that back-and-forth disparagement took on one’s psyche.

When I transitioned to teaching legal writing, I pored over so-called bench slaps—admonitions by judges of lawyers who submitted shoddy briefs or flouted procedural rules for court filings. Having been trained to follow—to the letter—courts’ substantive, procedural and formatting rules governing written submissions, it always baffled me how often lawyers just outright violated such rules or submitted written work riddled with such flaws, citation errors and rampant grammatical blunders. I love when judges take the time to note these writing transgressions and explain how and why bad briefing affects the judicial process.

As a teacher, I thought it might be effective to show these bench slaps to law students as examples of what not to do—lest they be publicly reprimanded in written judicial opinions like the lawyers in question. That approach came to a screeching halt when I realized that some law blogs were further calling out these lawyers by name, using a jeering tone to describe the attorneys’ mistakes.

Yes, the judges’ written critiques nestled within their substantive judicial opinions can be on point, clever and sometimes even humorous, and the lawyers’ deficient writing or blatant rule-flouting is often shocking and worthy of reproach. But do we as media consumers and sideline voyeurs really have to humiliate these folks through social media and other online platforms to further make the point? It hit me though; in my early days as a brief writer, I basically had attempted the same thing through the tone of my opposition and reply briefs (though much less publicly and with much less derision), under the cloak of “zealous advocacy.”

Why does criticism, mockery and belittlement of others make us (albeit temporarily) feel so good, so haughty, so superior? Perhaps it’s time to pause and consider the effect that our current go-to tone and language has on our collective national well-being. Do we really want children—the future of our legal profession and America—to mirror this mode of self-expression and communication? Do we want to send the message that lambasting others for having opposing viewpoints or saying things a different way is OK and encouraged? This really isn’t OK.

Civility is not weakness

To me, civility is different from “political correctness,” which I think gets a bad rep. Is it really so hard to consider and acknowledge that some of the terminology we use is now outdated and hurtful to others? I’m not contending that, by being civil, we must self-censor, restrict freedom of speech or hold ourselves back from asserting an opinion even in a passionate way. I’m certainly not suggesting we should be soft, weak, timid or spineless as advocates, citizens or members of a household.

I do think, however, that we are capable of showing a greater level of respect for other human beings, even if they are on the polar opposite side of a legal case, or the political spectrum, from us. Civility means not hiding behind our laptops or our devices to dehumanize an opposing attorney, party or rival so we can tear apart their thoughts, writing, ideas, opinions, appearance or personality in an acerbic way.

Yes, sometimes exercising civility feels impossible and maybe even pretty lame. When a difficult boss uses choice words to criticize a piece of our writing or a novel litigation strategy we crafted to solve a sticky problem, our gut instinct might be to verbally swing back and defend ourselves. When opposing counsel starts an oral argument or a brief with a snarky comment about how we “must have forgotten how to read” or “obviously never learned legal research in law school,” we might champ at the bit to react in kind.

When a family member mocks our political views or uses derogatory terminology to refer to party factions, it’s going to feel incredibly tempting to fight fire with a rain of condescending and superior fire, especially now when we feel we have to scream to be heard through ideological walls. When the folks on the other side of the aisle seem so outrageous or clueless, of course we feel the urge to patronize. But those momentary highs of connecting that ferocious jab aren’t enough to balance the subsequent dips to our collective psyche.

Let’s try a new tack. We can be forceful and intelligent and move the dialogue forward—in a case, in the boardroom, in the courtroom, at the Thanksgiving table—without debasing ourselves. It takes an incredibly strong individual to sustain verbal or written blows from others and focus on what’s right. We can educate without annihilating. We can be formidable—and considerate at the same time.

We can even be clever, creative and humorous to make our point without being cruel. Let’s take a deep breath, rise above and use the words of the law, the rules and codes of our profession and the power of legal persuasion, instead of disdain and condescension. Let’s get behind and launch new initiatives to reboot civility.

Let’s embrace efforts “to elevate the standards of integrity, honor and courtesy in the legal profession,” like the Foundation of the American Board of Trial Advocates’ Civility Matters project. Or we can “promote a culture of civility and inclusion,” like the Illinois Supreme Court Commission on Professionalism’s 2Civility initiative.

There is immense power and dignity in speaking and asserting ourselves in measured voices. As my favorite philosopher, Bono, asks: “Are you tough enough to be kind?”