Strive for clarity and context in emails that address legal questions 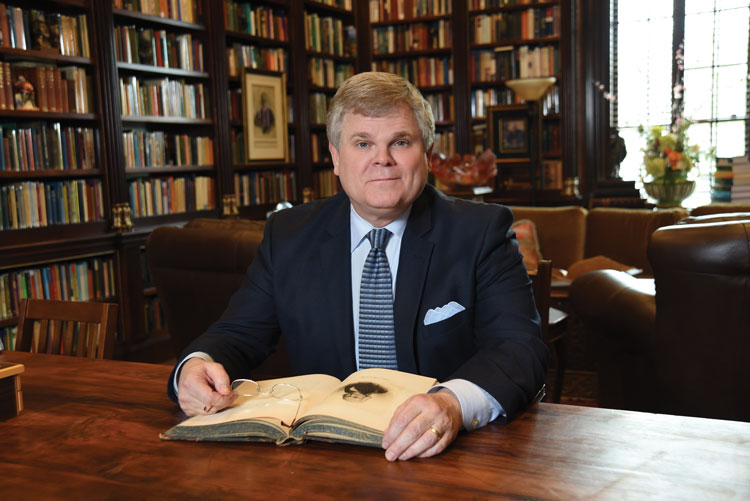 Bryan Garner: “A question that every legal writer should ask is: ‘When will clarity come?’” Photograph by Winn Fuqua Photography.

Since the 1990s, the means of reporting legal research has changed radically. In the old days, junior lawyers routinely wrote research memos. From their very first days in law school, students were typically taught to write a “question presented” followed by a brief answer in a formal legal memo. The quality of these memos varied widely, but the emphasis was always on framing both a question and an answer (preferably containing a well-considered reason underlying that answer).

Yet in recent years, this type of formal legal memo has become much less pervasive in law practice. Instead, questions are answered more quickly (and, truth be told, less reflectively) in emails. A senior lawyer poses a query by email and asks for a quick-and-dirty answer. “Don’t prepare a formal legal memo!” the common refrain goes. “Just email the answer.”

Part of the justification for this trend is efficiency: The old-style legal memo often seemed cumbersome, and juniors would sometimes take too much time winding themselves up to put finger to keyboard. Another part has to do with client relations: Many clients don’t want to pay for formal memos when a quick email will serve their purposes just as well.

But perhaps the most important contributor to the trend is the mere availability of email as an all-pervasive means of streamlined communication.

Some of you may think right now: “Even email is too clunky. I just have people text me the answer!” True enough, sometimes. If you have a clear question and know an expert in the field, a text message might well suffice. Let’s say you need to know whether it’s permissible in Massachusetts for an out-of-state resident (a Nutmegger, to be exact) to be appointed the guardian of an elderly Bay Stater in hospice care. You text a friend who specializes in guardianships and instantly receive the message: “Yes.” You have your answer. If you need the basis for that answer, you can always follow up with your expert friend. But for now, you’re satisfied that you have a definitive answer.

The Messiness of Legal Problems

Most legal questions aren’t quite so succinctly posed or answered. And for these, an email (much less a text) requires more care if that’s the means to be used.

And that’s the point of this column: There’s a widespread problem in the way junior lawyers answer questions by email. They tend to respond to moderately complex legal questions merely with answers—without explicitly repeating the question. That’s because email often imitates conversation: There’s a back-and-forth quality to it.

Which means that to understand someone’s answer to an issue with even the slightest whiff of complexity, you must read the entire email chain to understand what’s being said. It also means that the requester of the research (the senior lawyer, we’ll say) and the researcher (the junior lawyer, we’ll say) might very well not have an identical understanding of the import of the communication chain preceding the answer.

There are other shortcomings as well, but now let’s consider an example.

Barbara, a partner in a law firm, works primarily on behalf of hospitals. The associate assigned to her, Ari, sits in on a meeting with Barbara and their client, the CEO of a public hospital. They’re discussing pending litigation related to the use of eminent domain for an expansion of the hospital.

At the end of the meeting, the CEO tells Barbara, “By the way, there’s a proposal that the hospital should start holding Alcoholics Anonymous meetings. I’ve heard that this might be a problem.”

“Well,” says the CEO, “we’re a state institution. I’ve heard that in some jurisdictions, there’s been a problem with the emphasis that AA places on religion—in public hospitals, at least.”

“Yes, I’ve heard about these First Amendment issues,” says Barbara. “Would you like us to look into it?”

“Please do. Not a formal legal memo. Just tell me whether we can do it.”

Ari has about seven pages of notes at the conclusion of the meeting, with at least 10 action items relating to the eminent-domain litigation.

At the end of the day, Barbara sends several emails to Ari. One of them says, “Don’t forget to look into the constitutionality of the AA meetings.”

Ari responds by email: “I’ve already looked. The cases I found say it’s OK, with limitations. The hospital must narrowly tailor their actions to ensure that there’s no establishment clause violation. See the attachments.”

That’s not a great answer. Perhaps Ari was treating the point as he might in conversation. (The medium of email tends in that direction.) And he was lazy in saying, “See the attachments.” That’s putting the burden on Barbara—an exceedingly busy partner—to figure out what the cases say. She doesn’t feel comfortable just forwarding Ari’s email to the CEO. It’s going to be up to her to summarize, and she doesn’t have the time right now.

Soon Ari is gone from the firm, and Sylvia takes his place as Barbara’s associate. When Barbara raises the question with Sylvia (by email, since Barbara is on vacation)—mentioning that Sylvia’s predecessor found the AA meetings to be constitutionally acceptable “with limitations”—Sylvia must start from scratch.

Even if the firm has an electronic filing system for keeping Ari’s email in a client-matter file, the email has little or no utility. The whole email chain is cryptic to Sylvia: She wasn’t involved in the meeting with the CEO, and she doesn’t even know that it’s a First Amendment issue.

Bryan A. Garner, the president of Dallas-based LawProse Inc., has taught legal writing seminars to more than 200,000 lawyers and judges over the past 25 years. The author of more than 20 books on rhetoric, grammar and jurisprudence and the editor of Black’s Law Dictionary, he is among the most frequently cited authors in American law today.

This article was published in the August 2018 ABA Journal magazine with the title "The Situation as I Understand It: Strive for clarity and context in emails that address legal questions."