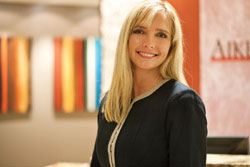 Phoenix attorney Stephanie McCoy Loquvam faces a tough audience when she tries to sell female undergraduates on legal careers. “They’re assessing whether the investment in law school will be worthwhile, and the bottom line is that the legal profession is not doing a very good job of convincing qualified women,” says Loquvam, who practices commercial litigation with Aiken Schenk Hawkins & Ricciardi and is an adjunct professor at Paradise Valley Community College.

While the general downward trend in law school applications (down 14 percent for this fall) has been well-documented, legal industry experts are especially concerned about women’s enrollment, which has been on a steady decline since 2002. Law School Admission Council statistics tracked women at 46.8 percent of first-year students for 2011; that’s down from the all-time female enrollment high of more than 50 percent in 1993. But at some schools, particularly those outside urban areas, the split is more pronounced, with women taking about 40 percent of the seats.

“Because women are now a higher percentage of the undergraduate population, people assume that they will follow through at the same percentages in graduate and professional schools,” says Darby Dickerson, dean of Texas Tech University School of Law. As a member of the Association of American Law Schools’ membership review committee for the past two years, Dickerson reviewed the diversity statistics submitted by law schools across the country; she was surprised by how many showed only about 40 percent women in first-year classes.

Lauren Stiller Rikleen, a Wayland, Mass.-based industry consultant and expert on the millennial generation, says word has trickled down to undergraduate students that despite decades of discussion and initiatives, female lawyers aren’t making much headway compared with their male counterparts when it comes to compensation and leadership opportunities.

“These young women are saying, ‘Why should I choose a pipeline where I won’t be as successful when I can choose another one where the culture is more committed to my success?’ ”

Rikleen says. “Women are paying close attention to the data with respect to women’s advancement.”

Dickerson notes that law schools could do more to show that litigation is not the only career option available to lawyers; the adversarial stereotype may be a particular deterrent to women, she says.

As Loquvam’s law graduation approached in May 2011, she found her female classmates clamoring for nontraditional jobs. Concerned about law’s lack of flexibility, the gender-based pay differential and a dearth of female role models, Loquvam’s classmates were “very tempted to see where else they might apply their talents.”

A top-down cultural change is the law’s best hope for reversing the trend, Rikleen says. Law firms should look to other industries and recognize that in a global market-

place, a diverse and inclusive workforce is essential, she says. To make that happen, legal employers must develop and fund comprehensive programs for female lawyers that tie their progress at the firms to metrics that measure women’s success. “If a law firm says we have a great women’s initiative and we care about opportunities for women, but the women’s initiative has no budget and no one is measured on how well women are doing in their practice groups, then it’s not going to be particularly effective,” says Rikleen, executive-in-residence at Boston College’s Center for Work and Family.

Law schools can do their part by making students more practice-ready. To that end, Dickerson encourages female students and young lawyers to seek mentors, and she hopes more experienced members of the bar realize how much the newest lawyers need their encouragement. “We have to convey to young women attorneys and law students that they should strive for leadership positions,” Dickerson says. “If you give them encouragement and let them know you believe in them, they will take that step. If you say nothing, they won’t take the shot.”