Copyright case upholds the rights of purchasers to buy abroad and sell in U.S. 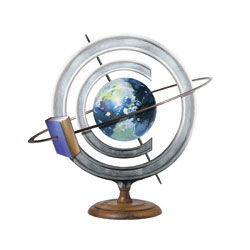 It began as a simple dispute between a multinational book publisher and a clever university student. By the end, however, the case of Kirtsaeng v. John Wiley & Sons had become a high-stakes copyright battle affecting much of the U.S. economy.

Book publishers, movie companies and software firms were fighting for a right that had become key to their global business operations. They wanted to ensure that if a copy of a work is made and sold outside the U.S., importing the work here without the copyright owner’s permission would constitute infringement. But if this right were upheld, libraries would be unable to lend many books by foreign authors, museums would be unable to display many works by foreign artists, and retailers and consumers would be unable to resell a wide variety of foreign-made items they had lawfully purchased.

The case presented the U.S. Supreme Court with “competing parades of horribles,” says Jessica Litman, a professor at the University of Michigan Law School. The court concluded the parades on March 19 with a 6-3 ruling that upheld the rights of purchasers, and gutted Section 602(a)(1) of the Copyright Act, a provision that many copyright owners, including the book, movie and software industries, had relied on.

The section had given them the right to prevent unauthorized imports of their works. Companies in these sectors typically sell their works at high prices in the U.S. and much lower prices everywhere else. Section 602 allows these companies to engage in this market segmentation without worrying that low-priced, foreign copies of their works will be resold in the U.S. and undercut their more profitable U.S. sales.

That, at least, is how these companies interpreted Section 602. Then Supap Kirtsaeng came along.

Kirtsaeng was a Thai student trying to pay for his college education at Cornell and his postgraduate studies at the University of Southern California. He arranged for family and friends back home to purchase and send low-priced textbooks that Wiley made and sold in Thailand. Kirtsaeng reimbursed his friends and relatives, then made a tidy profit by reselling the books in the U.S.

Wiley sued Kirtsaeng in 2008, alleging his importation of books was infringing, pursuant to Section 602.

Kirtsaeng countered that Section 602 was limited by another part of the Copyright Act, Section 109. That provision, which codifies the first-sale doctrine, states that “the owner of a particular copy … lawfully made under this title … is entitled, without the authority of the copyright owner, to sell or otherwise dispose of the possession of that copy.”

So a copyright holder’s right to control the distribution of any authorized copy ends once that copy is sold. The purchaser can lend, give away or resell the copy without committing infringement.

Kirtsaeng claimed his activities were protected by Section 109. Once Wiley sold the books in Thailand, purchasers of those books could dispose of them any way they liked, including importing and reselling them in the U.S.

Wiley replied that Section 109, by its terms, applies only to copies “lawfully made under this title.” Such copies must be made in the U.S., Wiley asserted, because the Copyright Act applies only in the U.S. It does not protect works made and sold elsewhere. Because the copies at issue in this case were made in Thailand, outside the reach of U.S. copyright law, those copies were not “lawfully made under this title,” and they were not protected by Section 109.

Kirtsaeng interpreted Section 109 differently. He argued that “lawfully made under this title” means “made in accordance with” the Copyright Act—i.e., the copies are manufactured with the permission of the copyright owner. Under this interpretation, Section 109 would apply to authorized copies made anywhere in the world.

The Supreme Court agreed with Kirtsaeng’s nongeographical interpretation of Section 109. The court found no evidence that Congress intended to apply Section 109 only to U.S.-made copies, in part because the results would be bizarre.

If foreign-made copies were exempt from Section 109, the copyright owner would have, with respect to those copies, “permanent control over the American distribution chain (sales, resales, gifts and other distribution),” the court noted. A copyright owner would not have such control over domestically made copies. Foreign-made copies thus would have greater copyright protection than domestically produced copies. “It is particularly difficult to believe that Congress would have sought this unequal treatment while saying nothing about it,” the court wrote.

Moreover, the consequences of such permanent control would be dire, according to Justice Stephen G. Breyer, who wrote the court’s opinion. Libraries would be unable to lend millions of their foreign-made books without the copyright owners’ consent; and tracking down the copyright owners (much less negotiating a deal with them) could prove costly, time-consuming and fruitless.

Museums would be similarly hamstrung, unable to display works made overseas (including works by Picasso, Magritte and Matisse) unless museum officials could find the current rights owners and reach a deal. The need to obtain copyright owners’ permission would greatly diminish the market for used books, CDs, posters or other copyrighted works, hurting both consumers who want to sell their items and businesses that deal in used items.

The effects would go far beyond artistic works, the court stated. More than $2.3 trillion in goods were imported into the U.S. in 2011, and many of these foreign-made items have logos, designs, packaging or inserts that are protected by copyright law. Free trade in such items would be imperiled because importing or reselling these goods in the U.S. would constitute infringement (unless done with the copyright owner’s consent).

Automobiles, smartphones, tablets and many other modern devices operate using copyrighted software. Free trade in all these items would be damaged because copyright owners would control if and when these overseas-made items could be distributed in the U.S. “A geographical interpretation [of Section 109] would prevent the resale of, say, a car, without the permission of the holder of each copyright on each piece of copyrighted automobile software,” the court stated.

The court called these consequences “intolerable” and said it was “unlikely” Congress intended to grant copyright owners such power over the U.S. economy. Furthermore, the court asserted, a geographical interpretation of Section 109 would run counter to the purpose of copyright law. Instead of “promot[ing] the progress of science and useful arts” as the Constitution intended, a geographical interpretation of Section 109 would unduly impair free trade, hinder consumer choice and prevent the use of many lawfully purchased works.

“The court was ultimately swayed by practical considerations, particularly the effects on consumers, libraries and museums. Their ability to collect and lend and display works would have been crippled if they had to get permission of copyright holders,” says Lisa A. Dunner, a sole practitioner in Washington, D.C., and vice-chair of the ABA Section of Intellectual Property Law. “It would have been crazy for the court to rule otherwise.”

The court’s decision protects the vitality of Section 109 and the first-sale doctrine, but it comes at the expense of Section 602 and the ability of copyright owners to prevent unauthorized imports.

“Very little is left of Section 602,” says James M. Burger, a partner with Thompson Coburn in D.C. “The statute now protects against only two types of foreign-made imports: infringing copies” made without the copyright owner’s approval “and authorized copies that were not previously sold overseas—where the possessor is a lessee or otherwise doesn’t have title to the copy.”

This gives scant protection to U.S. copyright owners. Making unauthorized copies or distributing them in the U.S. already constitutes infringement, under another provision of the Copyright Act. And the other category of imports subject to Section 602, leased copies and other nonowned copies, is not a significant problem for U.S. copyright owners.

Don’t blame the justices for diminishing Section 602, some experts say. Blame Congress for making Section 602 incompatible with Section 109. “The two sections don’t work together. One had to triumph over the other,” Burger says.

Other experts disagree. Three justices, for instance, stated that Section 602 should apply against authorized copies made and sold overseas and then imported into the U.S. without the copyright owner’s permission. That would not unleash the parade of horribles listed by the majority, because Section 109 could still be used against overreaching copyright holders. If a copyright holder made copies abroad for intended resale into the U.S., the first authorized distribution in the U.S. would terminate the copyright holder’s rights, pursuant to Section 109.

Moreover, “principles of fair use and implied license” would protect the ability of U.S. consumers to resell or otherwise distribute foreign-made items they had purchased, wrote Justice Ruth Bader Ginsburg in her dissenting opinion. Justice Anthony M. Kennedy joined her opinion, and Justice Antonin Scalia joined in part.

Other experts think there is a conflict between Section 602 and Section 109, but Congress isn’t to blame. According to Justice Elena Kagan, the conflict was created by the Supreme Court when it held in 1998 in Quality King Distributors v. L’anza Research International that Section 602 is limited by Section 109. In her concurrence, which was joined by Justice Samuel A. Alito Jr., Kagan wrote:

“Had we come out the opposite way in [Quality King], Section 602(a)(1) would allow a copyright owner to restrict the importation of copies irrespective of the first-sale doctrine. That result would enable the copyright owner to divide international markets in the way John Wiley claims Congress intended when enacting Section 602(a)(1). But it would do so without imposing downstream liability on those who purchase and resell in the United States copies that happen to have been manufactured abroad. In other words, that outcome would target unauthorized importers alone, and not the ‘libraries, used-book dealers, technology companies, consumer-goods retailers and museums’ with whom the court today is rightly concerned.”

Kagan, however, did not apply her analysis to this case. She did not find for Wiley under her theory that Quality King was wrong and Section 602 applied. “She felt compelled to join the majority because Quality King was adopted unanimously by the court and has been the law for 12 years,” Gillen says.

But Kagan seemed to invite Congress to remedy the situation by amending Section 602 so it is unaffected by Section 109. She wrote, “If Congress thinks copyright owners need greater power to restrict importation and thus divide markets, a ready solution is at hand … the one the court rejected in Quality King.”

The Supreme Court seems unlikely to overrule Quality King, so congressional action “is the only possibility that’s open now,” Gillen says. However, he adds, “given what’s going on in Congress, it doesn’t look good for any quick action.”