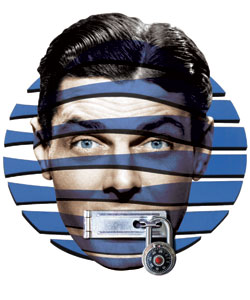 Six years ago, a major telecommunications provider informed the Federal Communications Commission that it had discovered “irregularities” in one of its operations under the federal E-Rate program, which helps fund telephone and Internet access for schools and libraries.

The provider was SBC Communications Inc., at the time a quite large descendant of the 1980s antitrust breakup of the Bell System. SBC has since acquired another such descendant—AT&T Corp.—and become AT&T Inc.

The company’s voluntary disclosure to a government regulator has led to a significant case under the Freedom of Information Act, the 1966 federal law that generally compels the disclosure of requested public records unless they fall under a limited list of exemptions.

And for some observers, the case of FCC v. AT&T Inc. is the first major U.S. Supreme Court test of corporate rights since the justices’ controversial 2010 ruling in Citizens United v. Federal Election Commission that corporations have a First Amendment right to make unlimited independent expenditures to support or oppose political candidates. The case is scheduled for argument on Jan. 19.

“From our perspective, the most interesting question is how the court goes in this case in light of Citizens United, which we believe was a landmark case on the status of corporations,” says Douglas T. Kendall, the founder and president of the Constitutional Accountability Center, a Washington, D.C., group that works on progressive causes and has sided against AT&T in the FOIA case.

“We argue that the court has for more than a hundred years treated corporations differently from individuals when it comes to issues of personal privacy,” Kendall says. “We think the court should maintain that distinction.”

SETTLEMENT DID NOT SIT WELL

The case began in 2004, when AT&T acknowledged that one of its subsidiaries had erroneously charged the federal E-Rate program for services to the New London, Conn., school district. The FCC opened an investigation, and it requested numerous internal documents from the telecom provider.

The commission and AT&T soon entered into a consent decree in which the company admitted no wrongdoing but agreed to pay the U.S. Treasury $500,000 in addition to the funds at issue.

“I made the request because I was very surprised to see the FCC enter into a consent decree in a case like this,” Albert says. “There has been a serious problem with E-Rate fraud over the years. I don’t mean to accuse AT&T of fraud, but there were clearly problems with its billing [to the program] that it reimbursed the government.”

The case highlights the competitive nature of the telecommunications industry. AT&T said in one court document that CompTel has “a history of attempting to tarnish AT&T’s goodwill and reputation in regulatory proceedings.”

AT&T objected to CompTel’s FOIA request. The commission agreed to withhold some cost-and-billing data on pricing under a statutory exemption that prevents disclosure of trade secrets and other commercially sensitive information that ends up in the government’s files.

But except for withholding certain names and other individual identifiers, the commission declined AT&T’s request to withhold the rest of the investigatory file under a separate Exemption 7(c). That provision covers information gathered for law enforcement purposes if its disclosure “could reasonably be expected to constitute an unwarranted invasion of personal privacy,” the law states.

In 2009, the 3rd U.S. Circuit Court of Appeals at Philadelphia ruled unanimously for AT&T on the corporate status issue. The court noted that the federal Administrative Procedure Act, to which FOIA was a legislative amendment, defines “person” to include a corporation, and that the term “personal” in FOIA’s Exemption 7(c) is derived from “person.”

“The compound phrase ‘personal privacy’ has long been understood to refer only to the privacy of individuals,” Katyal said in the government’s brief.

Katyal also took issue with the 3rd Circuit’s “attempted personification of an entity the very existence of which is a legal construct. … A corporation itself can no more be embarrassed, harassed or stigmatized than a stone.”

CompTel, an intervenor in the case, filed its own brief on the government’s side. “If the court were to agree with the 3rd Circuit that corporations do have personal privacy interests, there would be a lot of information that is currently potentially available to the American public through a FOIA request that would not be available anymore,” CompTel’s Albert says.

Neither the government nor CompTel raised the Supreme Court’s Citizens United decision in its briefs, but other groups filing friend-of-the-court briefs on their side have.

“This case is regarded by many as a follow-up” to Citizens United, says a brief from the Project on Government Oversight and two other groups. “That is to say, it is regarded as a case raising questions about the scope of corporate ‘personhood.’ ”

The groups’ brief urges the court not to rule narrowly for the government based on the text of FOIA and not to reach broader questions of corporate rights.

At least some corporations side with the federal government. Major media organizations, including the New York Times Co., the Washington Post Co., and NBC Universal Inc., joined the Reporters Committee for Freedom of the Press in a brief that warns that recognizing corporate privacy rights under FOIA will hinder the watchdog role of the news media.

“The media regularly use public record data regarding regulatory investigations … to hold corporate behavior—as well as those charged with ensuring lawful corporate compliance—accountable to the public,” the brief says.

Washington attorney Geoffrey M. Klineberg, who will argue for AT&T in the Supreme Court, says that the scope of corporate rights at issue is narrower than those involved in Citizens United.

“We have a pretty straightforward, plain-language argument,” says Klineberg, a partner at Kellogg, Huber, Hansen, Todd, Evans & Figel. “ ‘Personal privacy’ is not a term of art. ‘Person’ is defined in [the Administrative Procedure Act] to include a corporation. And ‘personal’ is just the adjective meaning ‘of or related to a person.’ ”

In FOIA and related laws, he says, “we think that when Congress intended to refer to natural persons, it used other terms, such as ‘individual.’ ”

“We also think there is nothing absurd or strange about the idea that corporations might have privacy interests,” Klineberg adds. “Avoiding embarrassment or keeping information provided to the government from getting into the hands of competitors is something corporations have a legitimate interest in preventing.”

And Klineberg notes that even if a personal-privacy interest is recognized for corporations under FOIA’s law enforcement exemption, that doesn’t mean the government would always withhold the relevant documents from disclosure.

“If there is a legitimate public interest in the records, and the corporation’s interests in privacy are negligible, then the balance could be struck in favor of disclosure,” Klineberg says.

Lawrence J. Spiwak is president of the Phoenix Center for Advanced Legal & Economic Public Policy Studies, a Washington group that studies telecommunications policy. He says AT&T’s arguments have merit because if corporations are not protected under FOIA’s law-enforcement exemption, they will be less forthcoming to the government.

“A lot of administrative agencies have to rely on stakeholders to voluntarily provide information,” says Spiwak, a former staff attorney with the FCC. “With FOIA, it’s more than just the public’s right to know. It’s also getting industry to file stuff with the government.”