Corporations are adding to their in-house legal departments, cutting outside expenditures 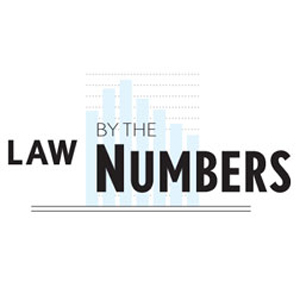 Large corporations worldwide switched their 2013 legal spending from outside law firms to in-house law departments, according to HBR Consulting’s 2014 Law Department Survey.
Survey results show corporate cost-cutting had more effect on law firms in the U.S. than outside: Outside the U.S., legal spending rose 4 percent, with in-house spending up 4 percent and outside spending up 1 percent.

The switch outside-in may be one more example of the effects of technology on the law. “The use of technology to manage legal spending has become more prevalent through increased adoption of data analytics tools,” says Kevin Clem, who leads HBR’s law department consulting practice. “In this year’s survey, 50 percent of participants cited the use of data analytics to select and improve negotiations with outside counsel. Law departments are seeing that investment in law department technology strategies and implementations are making internal processes more efficient and cost-effective.”

HBR Consulting surveyed 292 law departments. “Nearly 70 percent of participants had revenues equal to or above the 2013 Fortune 500 level,” its press release says, “of which 28 percent had more than $20 billion in revenues.”

This article originally appeared in the December 2014 issue of the ABA Journal with this headline: "Big business shrinks for outside law firms: Corporations add to in-house, cut outside expenditures."