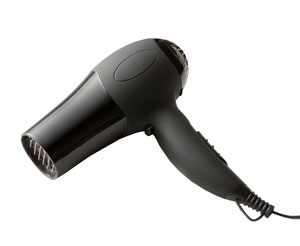 For cosmetology students, on-the-job training isn’t just a good idea—it’s often the law. According to Duane Morris attorney Ed Cramp, who estimates that more than 80 percent of his practice involves work for cosmetology schools, many states require students to practice on people instead of mannequins for a specific time. State regulators “don’t want to unleash students on the public without having met certain minimum qualifications,” says Cramp, managing partner of the firm’s San Diego office.

That’s why it’s routine for beauty students to work in their schools’ in-house salons, which offer great deals for customers—often less than $12 for a basic haircut. But according to Las Vegas wage-and-hour attorney Leon Greenberg, it’s also a suspiciously great deal for the schools, whose profit margins are much higher because the salon labor is free.

“The schools are essentially selling the students’ labor … for the profit-making goals of the school,” he says. “How can that not be employment within the meaning of the Fair Labor Standards Act?”

There’s some precedent for that belief: a 1972 New Hampshire Supreme Court opinion, Houle v. Duvall, which said cosmetology students should be paid because their schools profit from their work. That case relied on the U.S. Supreme Court’s 1947 decision in Walling v. Portland Terminal Co., which found that railway brakemen trainees were not employees within the meaning of the FLSA because their labor didn’t give the railroads any “immediate advantage.”

Greenberg says that the FLSA exists not just to protect workers but also to create a level playing field for businesses. “In my view, the individuals who probably have the most interest in seeing this system change are not just the students but also the … beauty salon owners, who are competing with these schools,” he adds.

Cramp, who represents about seven of the beauty schools, doesn’t believe courts should be looking at the existence of profit. Though he says the law on this is evolving, he cites the “economic realities test” used in many courts, which examines both parties’ control and investment in the work.

Using that standard, a federal court in Philadelphia granted summary judgment in April to the Jean Madeline Aveda Institute. The court found that only one factor—whether student services are an integral part of the school’s business—could weigh in the students’ favor.

Greenberg has appealed; he says the court misapplied a test used to determine whether a worker is an independent contractor. Nonetheless, that was the first cosmetology school case to conclude after discovery. Another in New Jersey ended in early summary judgment. Most others are pending.

Both sides agree that the July ruling from the 2nd U.S. Circuit Court of Appeals at New York City on unpaid interns is not quite on point. Cramp says students are not interns, and Greenberg points out that the labor of beauty students, unlike that of interns, is sold in a competitive marketplace.

Cramp believes the cases, if successful, could affect other fields. “Any occupation that has a clinical component … is really under threat by these lawsuits,” he says.

This article originally appeared in the September 2015 issue of the ABA Journal with this headline: “Ugly Accusations: A series of class actions argue that cosmetology schools owe student workers at least the minimum wage.”