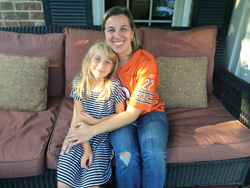 Decades after the demise of the most blatant forms of employer bias against pregnant workers, the U.S. Supreme Court is set to step into a case that asks whether a company discriminates by refusing to provide a simple accommodation to an expectant mother.

Peggy Young was a part-time delivery driver for United Parcel Service when she became pregnant in 2006. She sought an accommodation from her employer based on a fairly standard restriction imposed by her doctor: no lifting of anything greater than 20 pounds in the first 20 weeks of pregnancy and nothing more than 10 pounds thereafter.

Young sought a "light duty" assignment of the sort the package delivery company granted certain other employees, such as those injured on the job and limited in their ability to lift. These included, Young's lawyers say, indoor jobs sorting packages, answering phones or doing paperwork.

UPS' occupational health manager told Young that company policy did not permit light duty for pregnant air drivers because an essential function of the job was to be able to lift up to 70 pounds.

"I empathized with her situation, but I let Peggy know that there was, unfortunately, nothing I could do to allow her to continue working because she had the lifting restriction," the manager, Carol Martin, said in a deposition.

Until recently, UPS provided such accommodations for four categories of workers: those injured on the job, those with an impairment recognized under the Americans with Disabilities Act, those who lost their commercial driver's licenses because they were temporarily unqualified to drive, and those with pregnancy-related lifting or other physical restrictions "in compliance with state or federal laws, if applicable."

UPS says that pregnancy clause, which comes from its collective-bargaining agreement with drivers, applies only in states that have passed their own laws requiring such accommodations.

"It's still not required by federal law," says Mark A. Perry, a lawyer representing UPS in the Supreme Court. The mandate of federal law in this area is the same as when Young's case arose, he notes: "Do not single out pregnancy for disparate treatment.

Young sued under Title VII of the Civil Rights Act of 1964, as amended by the Pregnancy Discrimination Act of 1978. Congress adopted the PDA in part to overturn a 1976 Supreme Court decision, General Electric Co. v. Gilbert, which had rejected a broad reading of the Civil Rights Act by the Equal Employment Opportunity Commission to cover pregnancy bias as a form of sex discrimination.

The PDA added "pregnancy, childbirth or related medical conditions" to the Civil Rights Act's definition of sex discrimination. The law's second clause dictates that pregnant women "be treated the same for all employment-related purposes ... as other persons not so affected but similar in their ability or inability to work."

That language, says Joanna L. Grossman of Hofstra law school, reflected the view of "second-wave feminists" who believed women should be assessed individually in the workplace and treated the same as men in roughly similar situations, and not be given special treatment just because of pregnancy.

"There's no reason to think pregnant women can't work just because they're pregnant," says Grossman, who has joined an amicus brief in support of Young.

Sharon Fast Gustafson, who represents Young, says that "UPS accommodates other employees, left and right, by the hundreds."

"This is not a lazy employee looking for a way out of work," she says. "This is an eager beaver who just wanted to work."

Young has always worked to support her three children. When she was a part-time air driver for UPS in the area of Annapolis, Maryland, and Washington, D.C., she also worked afternoons delivering for a florist. Because Young had to go on leave, she lost her medical benefits and had to rely on what she called the inferior health plan of her then-husband to cover the bills of her pregnancy and childbirth.

She went back to work for UPS for about two years after the pregnancy at issue. Now 42, she works in a warehouse job for a government contractor.

"A lot of people think pregnancy discrimination is an issue that happened in the 1970s, and that there is no way that it could happen today," Young says. "I have a daughter, and I don't want this to happen to her."

Young lost in federal district court and the 4th U.S. Circuit Court of Appeals at Richmond, Virginia, which said UPS had crafted a "pregnancy-blind policy." In keeping with the view that pregnancy alone is not a disability, the court said Young's restriction "was temporary and not a significant restriction on her ability to perform major life activities."

When Young asked the high court to review her case, the Obama administration told the justices that the 4th Circuit's interpretation of the Pregnancy Discrimination Act was wrong, but that they shouldn't take up the case. An amendment to the federal Americans with Disabilities Act passed in 2008 expanded the scope of impairments that qualify as disabilities to include those that substantially limit an individual's ability to lift, stand or bend, the administration said.

"Although pregnancy in and of itself will not qualify as a disability, the amended ADA may require employers to accommodate pregnant women who are substantially limited in a major life activity as a result of a pregnancy-related impairment," U.S. Solicitor General Donald B. Verrilli Jr. told the court earlier this year. The case will be argued Dec. 3.

UPS points out that only recently has the federal government had a change of heart on accommodating conditions that are not work-related.

"The government consistently defended the Postal Service's accommodations policy—which is materially identical to the UPS policy petitioner challenges as intentionally discriminatory--on the ground that 'a distinction between injuries/illnesses incurred off the job versus those incurred on the job is legal, so long as it is applied equally," UPS' merit brief says, quoting a past government brief.

The solicitor general says in an amicus brief supporting Young that the older view is "no longer the position of the United States," and that the Postal Service is "considering its options" with respect to its accommodations policies in light of the ADA amendments and relatively new guidance from the EEOC on pregnancy discrimination.

Meanwhile, UPS has had its own change of heart. On Oct. 24, the day it filed its merits brief in the case, the company announced a change in its "pregnancy accommodations policy." Beginning Jan. 1, UPS will make temporary light duty work available to "more of our pregnant employees with lifting or other physical restrictions," the company said in a memo appended to the brief. Maryland, where Young was based for UPS, passed such a law in 2013 and is among at least nine states that have one.

"Largely the ground has shifted," says Perry, the UPS lawyer. "For a multistate employer, it's easier to apply this [new company policy] nationwide."

But the package delivery company and other employers remain concerned about the Supreme Court adopting Young's broad view of the Pregnancy Discrimination Act.

Rae T. Vann, the vice president and general counsel of the Equal Employment Advisory Council, a private association that advises employers on their legal obligations, notes that roughly half of all employees are women and 75 percent of working women are expected to become pregnant at some point.

"Some companies can afford to have more generous policies, but many cannot," she says. For a firm with 16 employees, the minimum to bring it under Title VII, a requirement for broad pregnancy accommodations "would impose the type of burden and hardship that could shut that company down."

This article originally appeared in the December 2014 issue of the ABA Journal with this headline: "Labor Pains: Court to weigh whether employers must accommodate pregnant workers with the same limits as other employees."