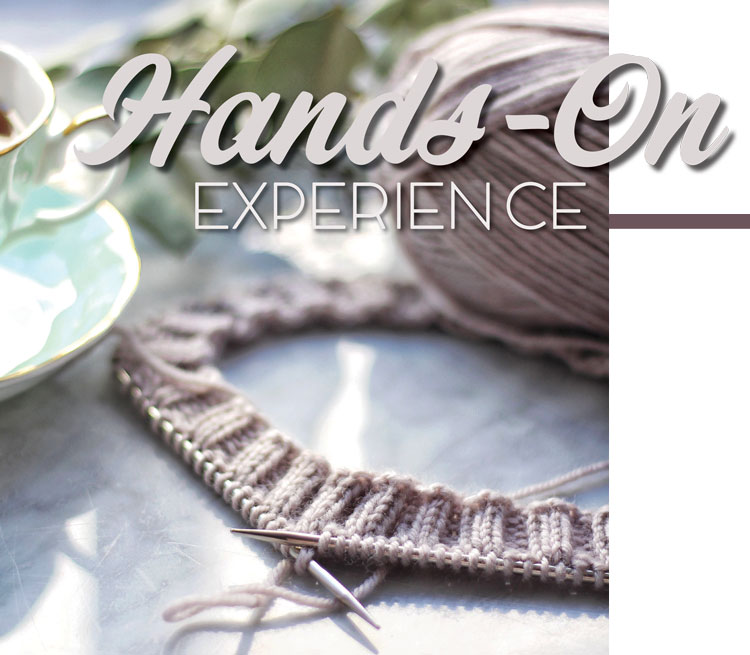 As deputy managing partner at Hunton Andrews Kurth and former co-chair of its national bankruptcy and restructuring practice, Robin Russell has built a thriving practice combining attention to detail with an ability to strategize and think creatively. But Russell’s finely honed skill set is behind more than just her professional success—it also comes in handy at the fabric store.

When Russell isn’t advising corporations on counterparty insolvency risks or structuring international acquisitions, the Houston-based lawyer often can be found in her home studio creating handcrafts.

Russell is an avid quilter and also creates detailed needlepoint pieces and holiday decorations. She enjoys working with charms, vintage jewelry, fibers and fabrics that she sources from flea markets, antique shops and market stalls. One of her more recent creations was of a wall hanging depicting a street scene in San Miguel de Allende, Mexico, complete with a sequined Virgin de Guadalupe and design accents made from repurposed wooden earrings.

While Russell’s creations are all one of a kind, she is not the only lawyer with a passion for crafting. Men and women across the country complement their practice of law with the practices of knitting, sewing, woodworking and similar hands-on artistic endeavors. They say it helps them to relieve stress, refresh and refocus. 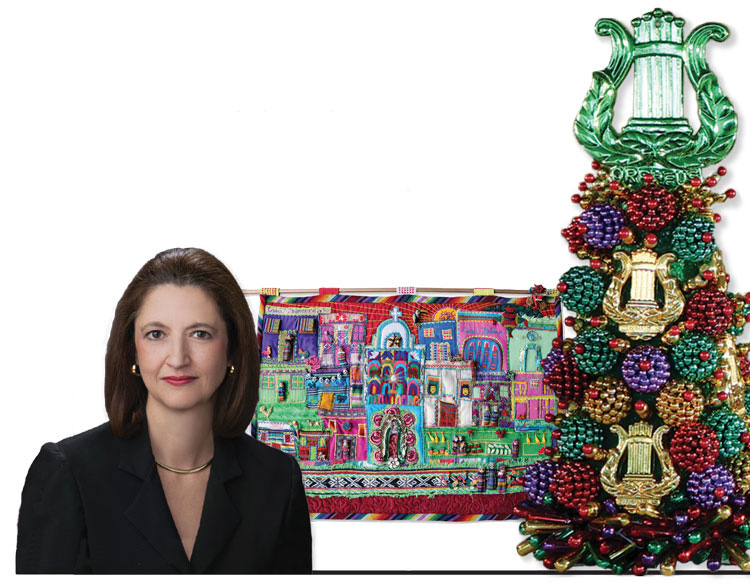 The idea of a high-powered litigator or transactions wizard spending hours manipulating yarn with sticks or swiping sandpaper back and forth against a chunk of wood might seem like a skills mismatch. But Russell believes the type of thinking that makes lawyers successful in their profession also sets them up to succeed at making handcrafts.

“The thing that allows me to sit in my studio and spend hours working on an art quilt because I want it to be perfect and beautiful is the same thing that has helped me through my practice,” she explains. “When you are doing a complex legal project of the kind I typically do, the most important thing to see is the big picture: What are your goals? How do you want it to look at the end to be successful for your client? When you’re doing art, you also have to think about your goals, and you do have to have some idea what you want it to look like at the end.”

In both law and art, “it just takes time, patience and a sense of perfectionism,” she says. “The type of approach that makes you think, ‘I have done a fabulous job, and I love this piece of art’ is the same approach your clients want—they want you to go all in and be creative.”

There exists perhaps an even more compelling reason for lawyers to craft: It’s fun.

Lawyers can be prone to thinking that work is always the best use of one’s time, says mindfulness expert Jeena Cho, co-author of The Anxious Lawyer. Cho, a partner at San Francisco’s JC Law Group, cautions against such a single-minded lifestyle. “We need to be whole human beings, which means developing all the aspects of ourselves,” she says. “Everyone has a creative side, and it’s important to nurture it.”

Cho learned this lesson herself during a period of professional burnout in 2010. A therapist suggested she take up a creative pursuit to move toward finding more balance in her life, and that led Cho to rediscover her love of sewing. One of her favorite things to make is handbags, but she’s also made garments such as skirts and loungewear. Whether it’s sewing or knitting or some other craft, she says, tapping into one’s creative side is an important part of enjoying life and feeling happy and fulfilled.

It’s no secret that law and stress are intertwined, and crafting is a great way to begin untangling that knot.

Stress was the reason business litigator Lauren Clark Rad got into knitting. Rad, an associate with Ferguson Case Orr Paterson in Ventura, California, turned to knitting during her first semester at Harvard Law School, right around the time of her first final exams. 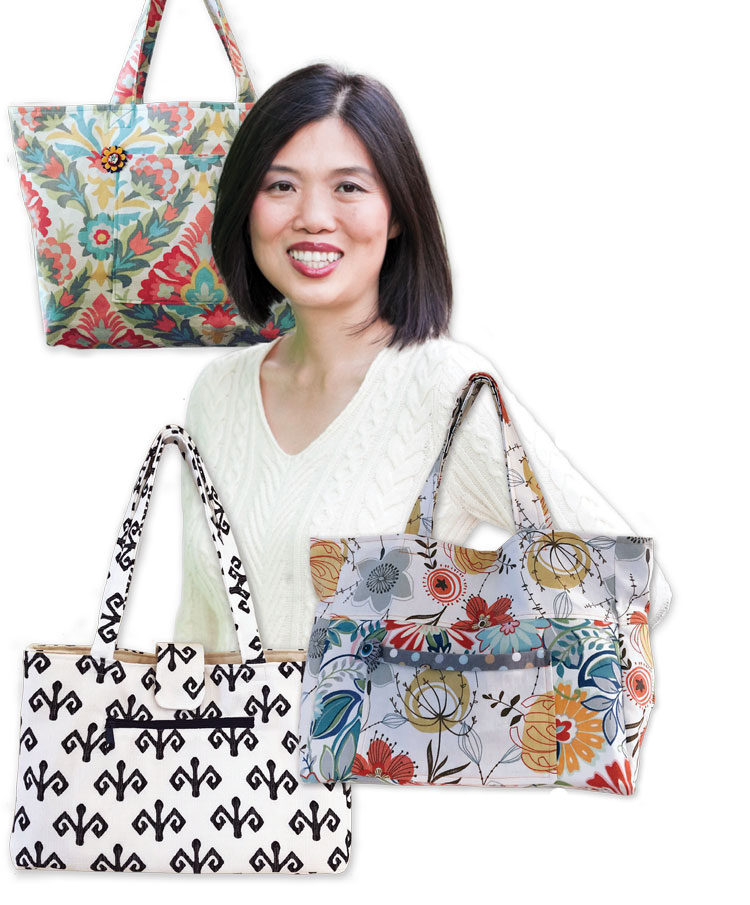 “I was stressed out and worried about studying effectively, and somehow I got on the subject of knitting with a friend,” she recalls. The friend had learned to knit from her grandmother, and she offered to teach Rad how to do it. Rad jumped at the chance and found a respite from the pressure of school in the manipulation of yarn.

More than 10 years later, Rad has become an accomplished knitter, even selling a few patterns through Ravelry, a popular knitting website. She says learning to knit during those often-overwhelming first months of law school “helped me build in study breaks and gave me something to look forward to while giving my brain time to process and reset.” As a result, she was able to study longer and more effectively.

Patrick “Leh” Meriwether uses woodworking to de-stress from his practice. He is the co-founder of Meriwether & Tharp, a midsize family law firm with offices across the Atlanta area. When he’s not practicing, administrating, marketing, mentoring or advising clients, he enjoys retreating to his basement workshop, where he transforms fallen trees into “useful works of art.” 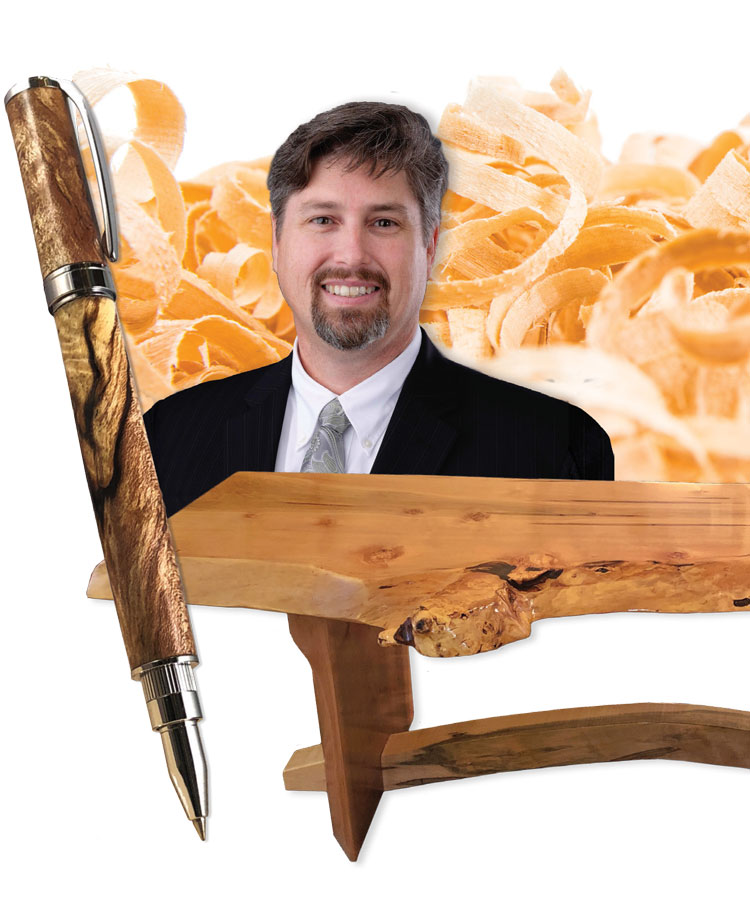 Meriwether made his family’s dining table and outdoor furniture, his office desk and a sleigh pulled by nine reindeer for his family’s epic Christmas lawn display. He made bedroom furniture for his two kids, including a crib for his firstborn—it was actually the piece that got him started. He also maintains the Avid Woodworker website. Although he has paused his posts and podcasts, both remain popular within the woodcraft community.

“When you’re dealing with the drama found in family law, it’s getting into the shop and pulling the beauty out of a piece of wood that, in addition to my faith, keeps me sane,” Meriwether says.

For Cho, sewing provides a break from stress that can stem from uncertainty. “Lawyers are very much trained to worry about things they have no control over,” she says. Whether it’s the result of a ruling, a verdict or a mistake, Cho says lawyers can take it personally and internalize the setback. “They start going into self-criticism and self-judgment,” she explains. “We can be our worst critic—it’s a terrible way to go through life.”

Crafting is much more forgiving. “If I sew something incorrectly, it’s a great life lesson: Mistakes can be fixed, and we can make a mistake. It’s how we learn,” Cho says. “I can enjoy the process of making a bag, even if I am not terribly happy with the outcome.”

Earlier this month, new ABA Journal contributor Jeena Cho wrote in a post for Above The Law that knitting, in particular, provides plenty of positive benefits such as reducing stress, combatting loneliness and even addressing perfectionism.

Activities involving one’s hands, such as needlework, painting and woodworking, can be more than a relaxation technique. They can also provide a sense of pride and accomplishment to help escape day-to-day life.

A recent ABA Journal Question of the Week asked what kind of craftwork you do when it’s time to unwind or keep your hands moving. Here’s some the the creations our readers shared with us.