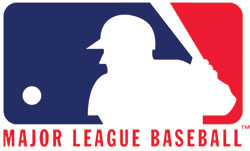 Spring training may just be underway, but baseball fans are already in a tizzy.

The latest snit is not over a bad call or fudged salary caps, but rather over Major League Baseball’s mass take down of videos stored on YouTube and other sites that contain MLB footage.

The mass deletion, first reported in November on the CrossingBroad blog, has some fans crying foul over fair-use claims.

MLB’s take down of the videos (many of which only contained brief clips, sometimes mere seconds, of MLB footage, such as a screenshot of game attendees) not only frustrated baseball fans, but some claim, the league’s actions also crossed the legality line of fair use.

Although the transmission of an entire baseball or hockey game broadcast is clearly copyrighted, the use of short snippets is certainly gray, says sports lawyer Terry Adams, who adds that MLB’s takedown orders take advantage of YouTube’s aversion to a potential suit from a major conglomerate.

Adams notes that other sports leagues, like the National Hockey League, take the opposite approach and encourages its fans to post videos with its league’s intellectual property.

“The NHL is still trying to grow the brand in America and compete with NBA, NFL and MLB,” says Adams, “so they understand the value of people caring about the game.”

Similarly, MLB footage can be viewed for free online in China and Japan, Adams says.

However, given the strength of the MLB brand in the U.S., Adams reasons the League deigns to monetize copyrighted material even more than it is now by forcing U.S. viewers to its own YouTube channel.

Whether legal or not, MLB’s slew of takedowns only sours the well of nostalgia most fans feel toward America’s pastime sport, Adams says. “It’s been 20 years since the strike and many fans still haven’t come back.”