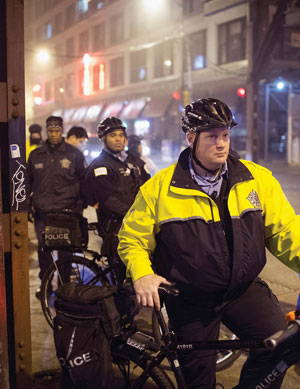 Vidya Pappachan, an attorney for the Legal Aid Society in New York City, had little time to prepare for a client's arraignment on a felony drug charge. But she had a tool at her disposal that allowed her to quickly look up information about the arresting officers.

Pappachan asked her paralegal to search for the officers’ names through a database called the Cop Accountability Project. The search proved fruitful. She learned the officers were named in misconduct cases that alleged, among other complaints, false arrests and cost New York City more than half a million dollars in settlement payouts.

Furthermore, the circumstances of the misconduct cases bore similarities to those under which Pappachan’s client was arrested: There was no pre-marked “buy money,” no drug stash found and no other evidence besides the arresting officers’ account of the incident.

Because Pappachan showed the judge that the three officers involved in her client’s arrest had prior misconduct cases, she was able to challenge the weight of the evidence against him. The judge agreed, and he was released without bail. Pappachan believes that without this information being available at the last minute, her client would not have been freed.

Sparked by the ongoing national discussion about police misconduct, there’s been a movement among legal, government and media organizations to create databases that inform the public about misconduct allegations and shootings by officers. These databases also provide criminal defense attorneys with potentially valuable information.

Beyond New York, projects are cropping up around the country. Last year, the Guardian and the Washington Post newspapers created national databases tracking the deadly use of force by law enforcement. The Indianapolis Police Department created a public portal that tracks officer complaints, use of force and shooting incidents. In Chicago, there are two separate but complementary projects that track police misconduct complaints and their outcomes.

According to Michelle Bonner, the former chief counsel of defender legal services for the National Legal Aid and Defender Association, public defense organizations have been trying to track police misconduct information for decades. Bonner called the New York project “a great advance in the evolution for defender databases.”

The New York City database houses information on more than 7,000 NYPD officers with a paper trail of alleged or proven misconduct. The files come from a number of sources, including the news, state and federal lawsuits, criminal decisions, the federal court’s PACER database, New York City Civilian Complaint Review Board hearings, NYPD Internal Affairs complaints, social media, and Legal Aid Society attorneys’ own experiences in court and with clients.

Cynthia Conti-Cook, a staff attorney at the society’s Special Litigation Unit, says the impetus for the database was born out of “very strict public access laws around police records” and “bad discovery laws” that make it difficult for criminal defense lawyers in New York state.

One of the nation’s most ambitious projects of its kind, the Legal Aid Society database had modest beginnings. Before 1998, the database was a scrapbook consisting of paper documents and newspaper clippings. It evolved into a database in the form of a digital library catalog program called Inmagic and later into an Excel spreadsheet where documents were scanned or uploaded to a shared file. Conti-Cook admits this version was far from comprehensive and subject to human errors in providing content.

“There was often less information than an attorney needed,” Conti-Cook recalls. For example, the spreadsheet lacked cross-referencing, leaving it up to attorneys to track down related cases and documents. The database might cite a lawsuit, but attorneys would have to make an independent PACER search for the source material. 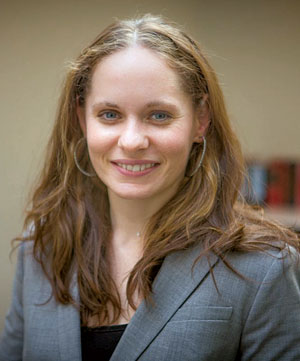 The new version has relevant documents at the click of a button, and all documents will be standardized. There will also be easier access for attorneys. No longer will attorneys like Pappachan have to call their paralegal from court, because the password-protected database is accessible online by computer or smartphone. For the time being, the database is not public.

Even with these changes, the database provides mixed results in court, explains Tina Luongo, the Legal Aid Society’s attorney in charge of criminal practice and vice-chair at large of the ABA Criminal Justice Section. At bail hearings, for example, “some judges are very open to hearing about this information,” Luongo says. “Some judges say it’s not relevant at this stage of the case.”

While judges have mixed reactions to the information being used in court, the position of the New York City Patrolmen’s Benevolent Association is unequivocal. In a written statement on the database, the president of the city’s largest police union, Patrick Lynch, said, “Compiling a list of police officers who are alleged to be ‘bad’ based upon newspaper stories, quick-buck lawsuits and baseless complaints … does nothing more than soil the reputation of the men and women who do the difficult and dangerous job of keeping this city and its citizens safe.”

The PBA declined to answer follow-up questions, and the NYPD did not respond to requests for comment.

Lawyers and journalists in Chicago have long faced difficulty in gaining access to misconduct records and dealing with a recalcitrant police union. This environment led the Invisible Institute—which focuses on accountability and transparency in public institutions—to create the Citizens Police Data Project, the country’s largest public database of police misconduct allegations. It includes 56,000 allegations against 8,500 Chicago police officers and was launched in November. “This is the first time there has been a complete universe of this data,” says Jamie Kalven, executive director of the Invisible Institute.

The Chicago database is the product of a decade of litigation regarding police abuse and public information. While the city of Chicago initially opposed these suits, it has now become a partner in the work.

“The city deserves credit,” says Craig Futterman, clinical professor of law at the University of Chicago Law School and partner on the database project. He notes that the local government worked at a “granular level” to ensure the court decision was appropriately implemented.

Futterman believes access to this information will open up public conversation about problems within the department. “This database provides a powerful tool for reform, but it’s not self-executing,” he says. “The release of this information doesn’t … make racism or sexism within the police department go away.”

More recently, the city tried to release all misconduct data since 1967; however, the Fraternal Order of Police, the city’s law enforcement union, has temporarily blocked this effort and now is seeking to destroy older records. The Chicago Police Department, the Fraternal Order of Police and the city’s law department did not respond to requests for comment.

However, with the new resource, he says that public defenders “will start routinely running the names through that database.” Doing so, Erbring hopes, will secure more subpoenas for misconduct records.

Jo-Ann Wallace, president and CEO of the National Legal Aid and Defender Association, supports this new generation of data projects around the nation. “Transparency and accountability are crucial if we want a justice system that is fair and has the public trust,” she says.

In New York City, this project will continue to evolve as the Legal Aid Society trains its attorneys to better integrate the database into their practice.

Looking forward, Conti-Cook says this project will meet its ambition when the police start to rethink who will be impeached and subsequently hold officers accountable. “I have high hopes it will,” she says.

This article originally appeared in the February 2016 issue of the ABA Journal with this headline: “Clicking for Complaints: Databases create access to police misconduct cases and offer a handy tool for defense lawyers.”