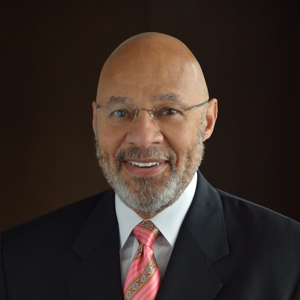 San Francisco holds a cherished place in Dennis W. Archer’s career at the ABA. It was in San Francisco that he attended his first ABA Annual Meeting in the early 1970s, and it was there that he took the helm in 2003 as the association’s first black president. So it was fitting that Archer received the ABA Medal, the association’s highest award, during the 2016 annual meeting while it was being held last month in the City by the Bay.

But Archer’s strongest ties, both personal and professional, are to his home state of Michigan and his hometown of Detroit, where he was born on Jan. 1, 1942. His family later moved to Cassopolis, a small town in the southwest corner of the Lower Peninsula, where he spent much of his childhood.

Archer received a BS degree in 1965 from Western Michigan University in Kalamazoo, and he received his JD in 1970 from the Detroit College of Law. He built his law career in Detroit, and he became a key player in state and local politics. He was an associate justice on the Michigan Supreme Court from 1986 to 1990, and he served as mayor of Detroit from 1994 to 2001. Archer was also chairman of Dickinson Wright, one of Detroit’s most prominent law firms, from 2002 to 2009. He now is chairman emeritus of the firm as well as chairman and CEO of a related practice that bears his name.

Archer “truly exemplifies the ‘conspicuous service to the cause of American jurisprudence’ the ABA Medal recognizes,” says Paulette Brown of Morristown, New Jersey, who presented the ABA Medal to him in San Francisco. Brown’s term as the first woman of color to serve as ABA president ended at the close of the annual meeting.

“He’s a lawyer’s lawyer—that’s who Dennis is,” says Robert E. Hirshon, a professor at the University of Michigan Law School in Ann Arbor who served as ABA president two years before Archer. Hirshon says Archer “has a breadth of knowledge combined with a deep understanding of the rule of law, with an expertise and commensurate understanding of politics and how the rule of law plays out.” In each of Archer’s positions, Hirshon says, he “has been recognized by his peers as being a leader, not just a member.”

Archer clearly relishes the law as a vehicle for bringing positive changes to society. “I love being a lawyer, love our profession, love what we’re able to accomplish,” he says. Archer says his “legal training, integrity and honesty” have been keys to his success in other endeavors, helping him, for instance, “be the kind of mayor I wanted to be, to make a difference for my city.” During Archer’s final year on the Michigan Supreme Court, Michigan Lawyers Weekly named him the “most respected judge in Michigan.” Archer also served as president of the State Bar of Michigan in 1984-85 and was president of the National League of Cities in 2000-01.

While his subsequent accomplishments at the ABA may suggest otherwise, Archer’s initial decision on whether to throw in with the association was a close thing. Early in his legal career, Archer already had become active in bar associations for lawyers of color—he went on to serve as president of both the National Bar Association and the Wolverine Bar Association—but the ABA was a somewhat different challenge. He recalls entering a large meeting room at his first annual meeting filled with some 1,000 young lawyers, only three of whom (including himself) were black. He faced a tough choice. “I thought I could go back where it’s comfortable or I could stay and try to make a difference,” he says.

Choosing to stay involved started Archer on the road to many important contributions to efforts to bring greater diversity to the American legal profession. Brown, who credits Archer for inspiring her to become active in the ABA, says his work on behalf of diversity may be his most important and lasting legacy, and she acknowledged his role by naming him an honorary chair of the Diversity & Inclusion 360 Commission. It’s a view that many others share. Archer is a “drum major for justice, diversity and inclusion,” says Bernice B. Donald, a Memphis, Tennessee-based judge on the 6th U.S. Circuit Court of Appeals at Cincinnati who chairs the ABA’s Criminal Justice Section and is the first woman of color to have served as ABA secretary. “He is someone who believes passionately that every lawyer should be able to compete in the marketplace on his or her work ethic and merit.”

Archer is “an icon,” says Harold D. Pope III, a shareholder at Jaffe Raitt Heuer & Weiss in Southfield, Michigan, who was a minority member-at-large on the ABA Board of Governors from 2011 to 2014. “He has done so much for the profession and also done so much to further justice in America—not only for people of color but all people. There is no finer example of what a lawyer should be than Dennis Archer.”

This article originally appeared in the September 2016 issue of the ABA Journal with this headline: “Local Hero: Dennis Archer receives the ABA Medal in recognition of a career that has had impact far beyond his home state of Michigan.”