Dental board ruling may drill into state bar associations' immunity 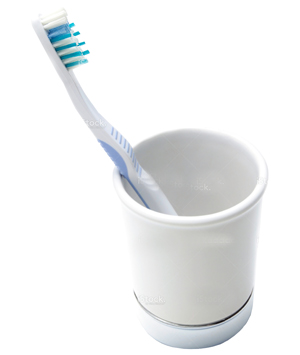 A U.S. Supreme Court decision on state regulation of teeth-whitening services has some bar groups frowning and advocates for alternative ways of providing legal services breaking into smiles.

“This is good news for access to justice,” she says.

Before getting too far into the implications for the legal profession of the court’s decision in North Carolina State Board of Dental Examiners v. Federal Trade Commission, perhaps a visit to the dentist is in order.

By 2003, nondentists had also begun offering whitening treatments, often in shopping mall kiosks. The North Carolina dental board opened an investigation and, starting in 2006, it issued at least 47 cease-and-desist letters to nondentist providers and product manufacturers. The letters warned that the unlicensed practice of dentistry in the state was a crime, and that teeth whitening met that definition.

The board’s actions drove out nondentist teeth whiteners, but it also attracted the attention of the Federal Trade Commission, which charged the board with anticompetitive action. The FTC reasoned that the board was a public/private hybrid that must be actively supervised by the state to claim antitrust immunity.

The 4th U.S. Circuit Court of Appeals, based in Richmond, Virginia, upheld the FTC’s action.

In a 6-3 decision on Feb. 25, the Supreme Court upheld the 4th Circuit and the FTC. The high court said the North Carolina board was not immune from federal antitrust liability because a controlling number of its decision-makers are active market participants in the same occupation that the board regulates.

“When a state empowers a group of active market participants to decide who can participate in its market, and on what terms, the need for supervision is manifest,” wrote Justice Anthony M. Kennedy in his majority opinion. Kennedy said that because of the structure of the board, it could invoke “state-action” antitrust immunity only if it were subject to active supervision by the state.

Such immunity stems from the court’s 1943 decision in Parker v. Brown. Under Parker, an agency, such as the board, controlled by active market participants would have such state-action immunity only if the challenged policy is (1) clearly articulated, and (2) actively supervised by the state. Only the active-supervision rule was in question here.

Justice Kennedy said North Carolina’s broad prohibition on the unauthorized practice of dentistry was silent on whether it applied to teeth whitening.

“Here, the board did not receive active supervision by the state when it interpreted the [dental] act as addressing teeth whitening and when it enforced that policy by issuing cease-and-desist letters to nondentist teeth whiteners,” Justice Kennedy wrote.

While the federal Sherman Antitrust Act provides immunity to the states’ own anticompetitive policies “out of respect for federalism,” it does not always confer such immunity when the state turns over control of a market to a “nonsovereign actor,” he wrote.

Citing Goldfarb v. Virginia State Bar, the 1975 decision in which the justices denied antitrust immunity to a state bar because of a lack of supervision by the state supreme court, Kennedy wrote that “state agencies are not simply by their governmental character sovereign actors for purposes of state-action immunity.”

“Parker immunity requires that the anticompetitive conduct of nonsovereign actors, especially those authorized by the state to regulate their own profession, result from procedures that suffice to make it the state’s own,” he wrote.

Paul Sherman, a senior attorney with the Institute for Justice, an Arlington-based legal group that has challenged state regulation of teeth whitening, hair braiding, tour guides and casket makers, among other trades, said the high court’s ruling chips away at a tradition of protectionism.

“I think it shows a healthy skepticism of these occupational licensing boards,” says Sherman, whose group filed an amicus brief on the side of the FTC.

Four state bar groups, led by the North Carolina State Bar and that state’s Board of Law Examiners, joined in an amicus brief that warned the Supreme Court of their concerns about the 4th Circuit’s ruling in the case. (The other state bars were those of Florida, Nevada and South Carolina.)

The bar groups stressed that the regulation of the legal profession is an “essential state function” going back centuries.

“The 4th Circuit’s erosion of the state-action exemption will give litigants against the state bar and similar agencies every incentive to assert Sherman Act claims to complicate or block enforcement actions, thereby impeding the agencies’ ability to protect the public,” the bar groups’ brief said.

The brief cited potential problems, among them that litigants challenging bar enforcement actions would have a greater incentive to file antitrust claims to block or slow enforcement. It also posed that liability might dissuade individuals from serving on state bar boards.

Merritt, a co-author of the brief, says the decision will be most relevant for bar groups in their role of policing the unauthorized practice of law. Because, in the dental case, the FTC had suggested that the North Carolina board might have avoided antitrust scrutiny if it had sued teeth whiteners rather than issue cease-and-desist letters, Merritt says, bar groups may resort to lawsuits first.

Also, “the Supreme Court seemed troubled by the dental board veering from its statutory authority,” says Merritt of the Charlotte firm Robinson, Bradshaw & Hinson. “The best defense to an antitrust claim against a state bar would be to stick to your statutory authority and to regulate in the public interest.”

The American Bar Association did not file an amicus brief in the case.

Several consumer-oriented organizations offering alternative services in the legal arena joined in an amicus brief urging the high court to uphold the 4th Circuit and the FTC’s view of state-action immunity.

The companies included LegalZoom, FileRight and JustAnswer. The companies did not, as one Web commentator wryly wondered, use a LegalZoom fill-in-the-blank amicus brief template.

But they were joined by 13 law professors, including USC’s Hadfield. She says the Supreme Court’s ruling may not have as much of an impact on the legal profession as it will on other regulated fields because “the ultimate regulator of the legal profession in most states is the state supreme court.”

“But I think it has lowered the risk for companies that are engaged in the public interest and promoting public access to justice,” she adds.

Ken Friedman, LegalZoom’s vice president for legal and government affairs, applauded the Supreme Court decision in an online column for Forbes magazine. “Regulating the practice of law is the classic example of active market participants protecting their monopoly,” Friedman wrote.

Deborah L. Rhode, a professor and the director of the Center on the Legal Profession at Stanford Law School, says that “it is hard to characterize this decision as narrow.”

“I think it signals the willingness of the court to look behind the facade of state-action doctrine to determine whether there is real anticompetitive activity benefiting the members” of the regulated group, whether that group happens to be dentists or lawyers, says Rhode, who also signed the LegalZoom amicus brief.

“I think the legal profession needs to take a hard look at its own activities in the area of the unauthorized practice of law,” she adds. “It would be a good thing if it did so.”

This article originally appeared in the May 2015 issue of the ABA Journal with this headline: “State Bars Gnash Their Teeth: Dental board ruling may drill into associations’ immunity.”