Depravity Scale May Help Judges and Juries During Sentencing 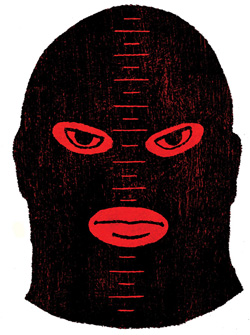 Which is worse: a contract killing or a sexual homicide? The murder of a pregnant woman or a police officer? Slowly torturing somebody to death or planting a bomb designed to kill as many people as possible?

These are the kinds of determinations that judges and juries are called on to make every day. Until now, however, nobody has tried to define what makes a crime particularly depraved, let alone rank similar crimes along a continuum from the least to the most depraved.

Enter the depravity scale: the first-ever attempt by researchers to objectively measure what societal standards of depravity are and to categorize crimes based on specific characteristics that society regards as more or less depraved.

Dr. Michael Welner, a forensic psychiatrist who heads the project, says the research is designed to minimize arbitrariness and eliminate bias in sentencing.

“The idea is to create an instrument that will distinguish not who is depraved, but rather what aspects of a given crime are depraved and the degree of a specific crime’s depravity,” says Welner, a clinical associate professor of psychiatry at New York University School of Medicine and chair of the Forensic Panel, a forensic science consulting firm.

The first phase of the research, which began in 1998, involved a review of appellate court decisions affirming sentences for crimes found to be particularly heinous, atrocious, vile or cruel. The second and third phases, which are still under way, involve an online survey of public attitudes about specific features of a given crime that make it depraved and the assignment of a relative weight to each of those features according to its degree of depravity.

Welner says the whole point of developing such a scale—which he hopes will be operational within a year—is to give judges and juries some guidance in their sentencing decisions, “not to do their thinking for them.”

Click here to participate in an online survey to help establish the depravity scale.