In her oral history for the University of Illinois, Kitty Cone, a student activist who had muscular dystrophy and attended the college in the 1960s, described Nugent as “an amazing person, in terms of his vision and his implementation of his vision, and for the time he was living in.”

However, Cone—who was a cheerleader, a student senator and an active member of the university’s NAACP chapter—said the college’s rehabilitation program sometimes wasn’t supportive of her activism or her desire to move out of the dorms, where women had more restrictions than men. She also had the impression that Nugent wanted students in the program to be “solid citizen types” and said he always challenged her activism.

Cone wanted to move to an apartment off campus because she thought she was getting weaker and wanted the chance to live by herself before it was too late. When she broached the subject with Nugent, she claimed, he suggested her activist activities might be making her tired and questioned her motive to move. “He said, ‘Well, are you sure you don’t want to just play house?’ ” Cone said.

“In those days, that meant something—[to] sleep with somebody. ... It was awfully invasive,” Cone said in her oral history. Cone, who became a disability activist, left college in 1967 and got a job with the National Mobilization Committee to End the War in Vietnam. She died in 2015.

Fred Fay, an activist who started the online disability forum Justice for All, graduated from the university in 1972 with a doctorate in educational and rehabilitation psychology. According to his University of Illinois oral history, Fay, who died in 2011, was paralyzed from the neck down at age 16 after a backyard accident in which he broke his neck. He enrolled at the college after he learned about its accessibility program while attending the Warm Springs Foundation’s rehabilitation program in Georgia in the early 1960s.

Smashing curbs with sledgehammers was before Fay’s time. However, working with other students, he created a map with the “most notorious curbs” on campus, he said in his oral history. The map was presented to a local business group, which replaced the curbs with curb cuts, and Fay saw that as the beginnings of his activism. 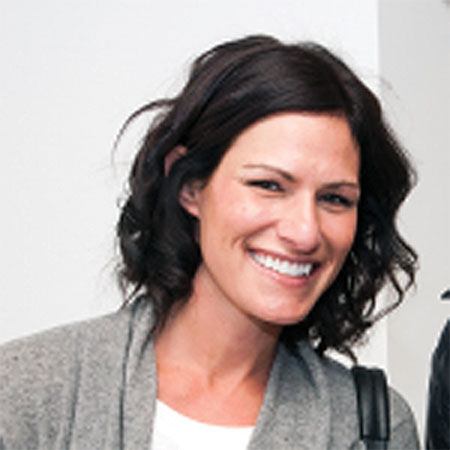 After college, Fay was a founder of the Boston Center for Independent Living, and he was a research and training instructor at Tufts University, where his work focused on independent living. He also was active in making public buildings more accessible, which led to the Architectural Barriers Act of 1968. Like Cone and Heumann, he advocated for Section 504 of the Rehabilitation Act of 1973, which prohibits discrimination against disabled people in programs that receive federal financial assistance.

That legislation was first introduced in 1972. But President Richard Nixon used a pocket veto to kill the act in October of that year, claiming its authorization of federal funds would waste taxpayer dollars. Disability activists organized protests across the country, including one in New York City at the building that housed Nixon’s campaign headquarters.

“We shut down traffic on Madison Avenue and then took over Nixon’s campaign headquarters four days before the election,” says Heumann, who at the time was working on her master’s degree at Berkeley.

The bill was reintroduced, and Nixon signed it in September 1973. However, his administration and President Gerald Ford’s did not implement the 504 regulation. Opposition to it was growing from entities covered by the law—including hospitals, universities and municipalities.

“Carter had been a disability rights advocate, but he gets into office and starts stalling, too,” says Kudlick of San Francisco State University.

The Carter administration’s Department of Health, Education and Welfare set up a task force to study the disability community, and it appeared that the regulation was weakening—particularly its integration pieces that provided mainstream opportunities in programs and education for people who have disabilities. The main reviewer of the task force was David Tatel, a former director of the department’s Office for Civil Rights, who lost his sight after law school because of retinitis pigmentosa. He now is a judge serving with the U.S. Court of Appeals for the District of Columbia Circuit.

Activists demanded that the 504 regulation remain unchanged and be implemented by April 4, 1977. But that didn’t happen. On April 5, they organized sit-ins at 10 major cities, targeting buildings that housed regional Department of Health, Education and Welfare offices. That included Washington, D.C., where a hunger strike took place, and San Francisco, where a federal building sit-in with more than 100 people lasted until the end of April. It ended shortly after Joseph Califano, secretary of the department, signed the 504 regulation.

“We have begun to ensure a future for ourselves and a future for the millions of young people with disabilities, who I think will find a new world as they begin to grow up. Who may not have to suffer the kinds of discrimination that we have suffered in our own lives. But that if they do suffer it, they’ll be strong and they’ll fight back,” said Roberts of the World Institute on Disability at an April 30 victory rally. “And that’s the greatest example: That we—who are considered the weakest, the most helpless people in our society—are the strongest and will not tolerate segregation, will not tolerate a society which sees us as less than whole people. But that we will together, with our friends, will reshape the image that this society has of us.”

“At the time, coverage of disability in the New York Times was on the socialite page, about who gave the most money. And there was the Jerry Lewis Telethon, talking about hopeless cripples,” says Heumann, who led the San Francisco protest alongside Cone, who organized it.

At the time, both women worked at the Center for Independent Living in Berkeley, the first organization of its kind. The center was incorporated in 1972 and grew from student activists’ work at the Berkeley school, as well as a need for support services once they graduated. It was staffed by people who have disabilities and provided services that included referrals for housing or personal aides, peer counseling, and advice on how to advocate for oneself. It also was a template for the hundreds of centers for independent living that exist today—centers funded by a mix of federal, state and local money, as well as private donations, according to Access Living, an advocacy group in Chicago.