The Center for Independent Living also established the Disability Rights Education and Defense Fund, which played an active role in litigation that arose from Section 504 regulation.

The first 504 case heard by the U.S. Supreme Court was Southeastern Community College v. Davis. It was brought by Frances Davis, a licensed practical nurse who was hard of hearing; she had been denied entrance to a registered nursing program. The court found in 1979 that denying her admission to the program was not a 504 violation, on the basis that she was not qualified for the program. The finding was unanimous. 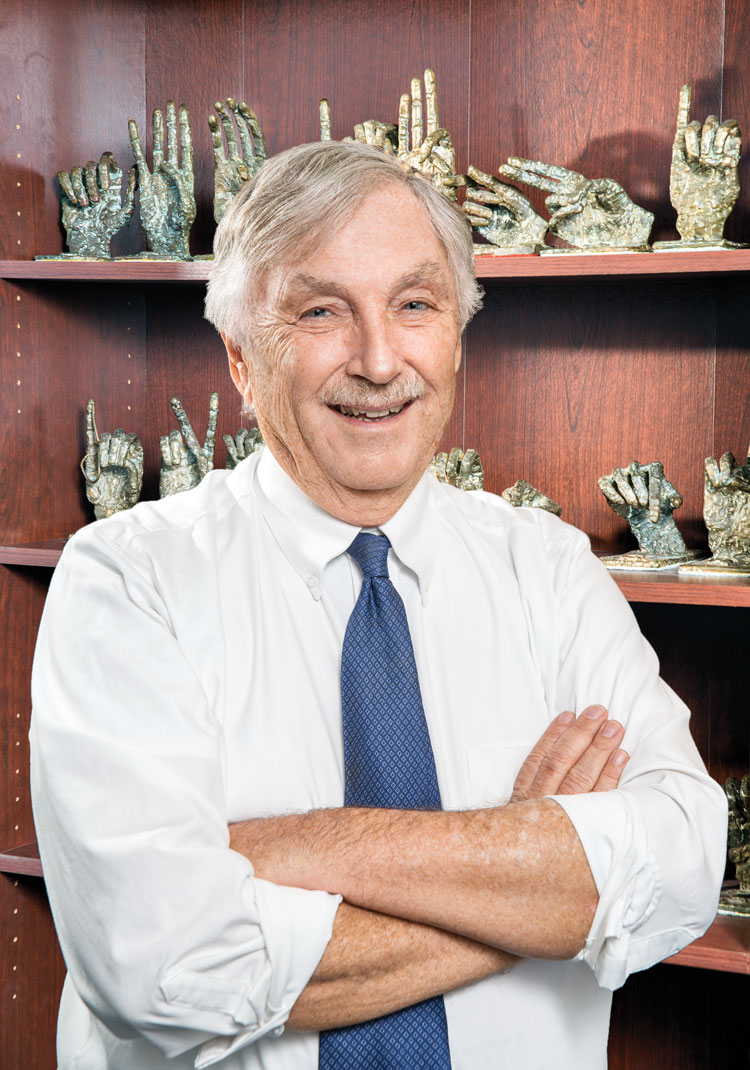 The case was argued by Marc Charmatz, an attorney with the National Association of the Deaf. He started working on the case at the appellate level and today points out that Davis did not testify at the trial court level, which was not helpful for her appeal.

“We knew from reading that case that the Supreme Court justices weren’t getting it,” says Arlene Mayerson, who has worked as directing attorney of DREDF since the early 1980s. “They said that perhaps in the future, there will be better technology so disabled people could have more roles. We wanted to explain to the court that people with disabilities are very capable, and it was society that got in their way.”

Five years after Davis, disability rights advocates had another shot before the Supreme Court. This time, in Consolidated Rail Corp. v. Darrone, it went much better for them. The case was brought by a man who lost his job as a locomotive engineer after an accident required that his left hand and forearm be amputated. The Disability Rights Education and Defense Fund filed an amicus brief that supported the petitioner. It focused on educating the court about discriminatory employment practices and the validity of the Section 504 regulations. In the 1984 opinion, a unanimous court found that Section 504’s ban on employment discrimination should not be limited to programs that receive federal aid.

Also during the 1980s, disability activists worked to amend the Fair Housing Act’s enforcement mechanisms, and they were involved with the Civil Rights Restoration Act—a law that requires federal fund recipients to comply with nondiscrimination laws. President Ronald Reagan vetoed the legislation in 1988. However, the House and Senate later overrode his veto.

Rep. Tony Coelho, who voted to override Reagan’s veto, had been focused on amending different bills that included disability language.

“But I realized that it really didn’t do much good to do the amendments without our basic civil rights,” says Coelho, a Democrat from Merced, California, who has epilepsy.

In 1988, he introduced the first version of the Americans with Disabilities Act.

Coelho was friends with Roxanne Vierra, a member of the National Council on Disability who contacted him about a draft bill. When he introduced it, Coelho sent a “Dear Colleague” letter to the members, asking for co-sponsors.

“As a result, I got Democrats and Republicans. I knew if I didn’t get that, it would never pass,” says Coelho, who co-sponsored the bill with Sen. Lowell Weicker Jr., a Republican from Connecticut. 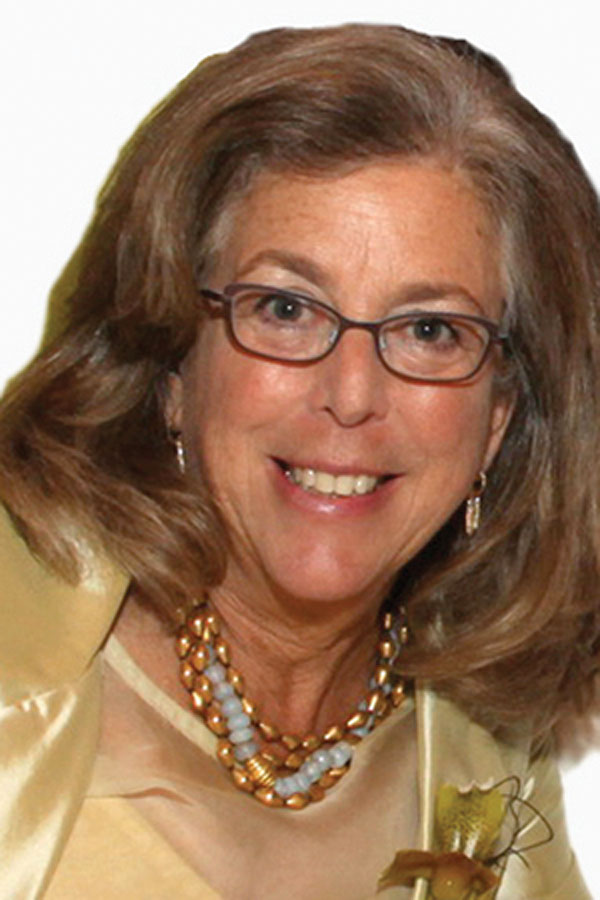 Opposition came from the business lobby—including industries such as real estate, medical care and transportation—which argued that the legislation would be too expensive.

Among those who weighed in was actor Clint Eastwood—then the mayor of Carmel, California.

“I think he had a restaurant, and he talked about how the ADA would kill his business,” Coelho says. “We advocated that accommodations would not kill a business and put in language that compliance had to be economically feasible. That became a key term.”

Fay, the University of Illinois graduate, worked in support of the ADA legislation with Justin Dart Jr., a wealthy Republican who used a wheelchair after contracting polio as a child and was vice-chair of the National Council on Disability. By that time, Fay used a motorized bed for his mobility device, after an inoperable cyst on his spinal cord prevented him from breathing if he sat up, according to his oral history. The device was equipped with a work station, and Fay could access his phone and computer from the bed.

A House vote on the ADA legislation was repeatedly delayed. Jim Wright, a Democrat from Texas who was the speaker of the House from 1987 to 1989, had it referred multiple times to committees, Coelho says, and twice to a subcommittee.

In March 1990, more than 60 people with disabilities went to the U.S. Capitol, where many abandoned their mobility devices and crawled up the building’s 83 steps.

The next day, more than 100 protesters who chained their wheelchairs together were arrested at the Capitol Rotunda. Protests are prohibited at the structure, according to a Times article about the incident, and police used large chain cutters and acetylene torches to break up the chains. The Senate passed the bill, and President George H.W. Bush signed the legislation into law that July.

“I think we would have had the votes to pass it without the protest, but it still was very effective. Senators had to walk around or through the wheelchairs and over bodies of the disabled,” says Coelho, who resigned from Congress in 1989. 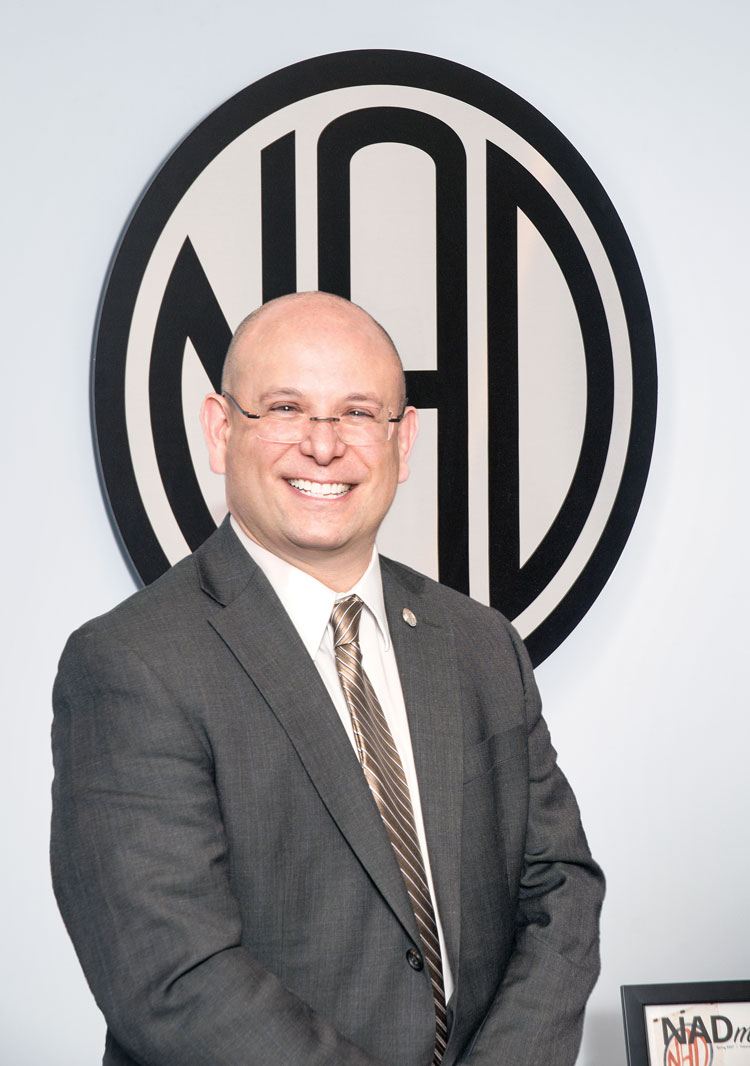 After the ADA became law, a big change was that expectations grew for children who have disabilities, says Robyn Powell, a disability rights attorney who also teaches at the Boston University School of Law and is a doctoral candidate and researcher at Brandeis University.

“I’m part of what is considered the ADA generation; I was 8 years old when it passed. I was expected to go to school and get a job. People who grew up prior to the ADA had less expectations,” says Powell, a member of the American Bar Association Commission on Disability Rights. She has arthrogryposis, which causes restricted movement in her joints.

“In general, most people who are not familiar with disabilities have low expectations of all people with disabilities,” adds Howard A. Rosenblum, CEO of the National Association of the Deaf.

“With respect to deaf lawyers, we are often perceived as unable to function as effective speakers with the necessary eloquence to work successfully and persuasively. Many of us have shown such stereotypes to be completely wrong, but not enough lawyers in for-profit firms have had enough opportunity to interact with lawyers with disabilities to understand our ability to practice law effectively,” says Rosenblum, who had finished his first year at the Chicago-Kent College of Law when the ADA became law.

Jason Turkish, a Southfield, Michigan, attorney who is legally blind and has an eye muscle condition, was 3 years old when the ADA passed. He attended a mainstream school. By the time he was in second grade, he knew he had to advocate for himself.

“I was my own first client, and I don’t think that is unique. You learn at a young age to speak up or you get left behind. You also learn at a really young age to find teachers who care because there are a lot of them,” says Turkish, whose clients include Angelo Binno, a legally blind man who alleges that the Law School Admission Test is discriminatory under the ADA because it requires spatial reasoning and the ability to diagram.

The Supreme Court in March 2017 denied cert in Binno’s lawsuit against the ABA, after the 6th U.S. Circuit Court of Appeals at Cincinnati found that because the LSAT is written, administered and scored by the Law School Admission Council—which is not part of the ABA—Binno had no standing to sue the association. Last May, Turkish filed a similar lawsuit against the LSAC, which is pending.

“This is such a young civil rights movement,” Turkish says. “It’s the relative youth of this movement, from a legal perspective, that creates a really special obligation for attorneys who practice disability rights law. Most of the disability rights law from a precedential standpoint is still being parsed out in the federal courts, and there are endless areas of issues of first impression to be litigated, because this is such a new movement.”