Does a prisoner have a right to a mohel? School’s new clinic takes on religious liberties case 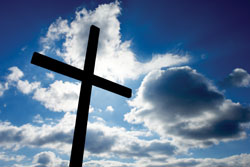 A recently converted Jewish inmate denied permission to be circumcised is now being represented in his action against the prison by students working at the nation’s first and only clinic specializing in religious liberty cases.

Launched in January, the Religious Liberty Clinic at Stanford Law School represents clients in disputes related to religious beliefs, practices and customs. In addition to helping the Jewish prisoner, students are representing Seventh-day Adventists terminated from their baggage handler jobs for refusing to work on Saturdays; drafting an amicus brief on behalf of a Native American prisoner forbidden from practicing a sacred pipe ritual; handling land-use issues related to the building of a mosque; litigating a dietary accommodation case for Jewish and Muslim prisoners; negotiating school release times for religious instruction; and handling zoning issues for a church that offers shelter and meals to the homeless.

Funded by a $1.6 million gift from the Washington, D.C.-based Becket Fund for Religious Liberty, the clinic gives students a hands-on opportunity to represent clients “whose views students think are dead wrong,” says founding director James Sonne. While in news stories religious liberty is often confused with religion, the clinic’s cases “address the freedom to practice religion.”

Four students in the winter and six in the spring will work at the clinic full time, maintaining an “authentic schedule designed to replicate the real practice of law,” Sonne says. During the first week of the quarter, students will get a crash course in the substantive laws as well as the basics of lawyering. In subsequent weeks, students will attend a seminar, lead case team meetings, work on case rounds with students at Stanford’s other clinics and write a reflection paper. The goal is “to teach professional skills in a different way,” Sonne says.

Matters are referred to the clinic by groups like the Anti-Defamation League, the American Civil Liberties Union and the Prison Law Office, a Berkeley, Calif., public interest law firm. Sonne plans to strive for a “diverse docket” in terms of the religious practices at issue and the type of work needed.