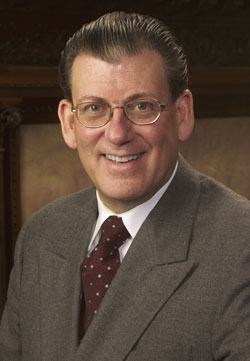 Two committees of the ABA Section of Legal Education and Admissions to the Bar have been working on parallel tracks to improve the quality of consumer information that law schools are required to make available to prospective students. In late November, one of the committees completed work on proposed revisions to the questionnaire that accredited law schools must submit to the legal education section every year. The revisions were expected to be presented to the section council in early December at its meeting in San Juan, Puerto Rico. The section is recognized by the Department of Education as the accrediting body for U.S. law schools.

If the council adopts the revisions proposed by the Questionnaire Committee, accredited law schools would be required to provide more detailed information about job placement and salaries for recent graduates. Depending on when the council acts, schools would have to start providing that information as early as March, and the data could be posted to the section’s website as early as July.

The Questionnaire Committee’s proposed revisions relating to employment data are nearly identical to new law school reporting requirements being developed by the section’s Standards Review Committee. Those requirements would be incorporated primarily into Standard 509 of the Standards of Approval for Law Schools. Standard 509 requires that law schools publish basic consumer information, including placement data.

The Standards Review Committee, which has spent the past three years working on a complete overhaul of the accreditation standards, is putting the finishing touches on proposed new disclosure requirements. If the committee finalizes those changes when it meets in January, they could go to the section council in time to be considered at its meeting in March.

When the Standards Review Committee met in November, its new chair, Jeffrey E. Lewis, made it clear that putting more teeth into Standard 509 is a priority for the section’s new leadership.

“We want to be in a position to move forward on this matter as quickly as possible,” said Lewis, a professor and former dean at St. Louis University School of Law.

The committee also has been directed by the new chair of the Section of Legal Education and Admissions to the Bar, John F. O’Brien, to immediately begin working to draft a new standard “that provides for specific and severe penalties for the intentional misreporting of placement data, including possible monetary fines and loss of accreditation,” according to a statement issued by the section in October. O’Brien is dean of New England School of Law.

O’Brien’s directive followed revelations that two law schools—at Villanova University and the University of Illinois—had falsified admissions data. The section censured Villanova for its violations, and it is continuing an investigation into the Illinois matter.

For the past several months, the legal education section has come under fire in some quarters for not moving fast enough to fulfill its promise to improve the quality of job and salary data that law schools give to prospective students. Those critics include a few members of Congress, particularly Sens. Barbara Boxer, D-Calif., and Charles Grassley, R-Iowa.

While the disclosure proposals of the Questionnaire Committee and the Standards Review Committee are largely similar, they differ in some respects, including how salary information about graduates would be reported.