Drug-offender monitoring comes to the smartphone 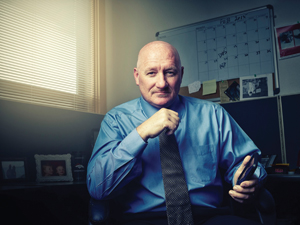 Attorneys looking to give drug offender clients an easy, stigma-free way to comply with court-ordered monitoring may want to check out a new smartphone app from Outreach Smartphone Monitoring.

Essentially, the OSM app enables drug offenders to take surprise, on-the-spot tests of their blood alcohol levels using their smartphones, whether they're on the job, at home or (legally) out and about.


"It's a huge benefit for offenders and alleged offenders who ordinarily would have to take off work to take a surprise Breathalyzer test at their local law enforcement agency," says Joel Bishop, manager of Mesa County Criminal Justice Services in Grand Junction, Colorado. "Instead, they can take the test with their smartphone anywhere, on the spot, without attracting the attention of an employer or others."

Offenders download the app and buy a portable device that's smartphone-friendly. A Bluetooth-driven device can cost about $99, according to Mike Kingery, principal at OSM and the app's inventor.

Data generated by the tests and monitoring is sent to a website maintained by OSM, where it is collated and made available to law enforcement.

Currently some Colorado law enforcement agencies are trying out the app, including Community Justice Services in Boulder and Montrose County Drug Court, as well as Shelby County Pre-Trial Services in Tennessee, according to Kingery.

Kingery charges convicted offenders $1 a day for monitoring via his app. Alleged offenders get their monitoring costs paid by their local law enforcement agency, he says.

Smartphones armed with Kingery's app can be programmed to send test results that reveal the presence of drugs or alcohol to monitoring software in the cloud. That software can instantly process the data and schedule the offender for a follow-up drug or alcohol test the next day at a local law enforcement agency, he says.

"We offer the auto-scheduling free as part of our drug-testing service," says Christopher Zaleski, business development specialist at Norchem, a Flagstaff, Arizona-based drug-testing lab used by many law enforcement agencies.

Kingery's app also features GPS monitoring and triggers an alert when an offender under a restraining order ventures outside the proscribed area.

While monitoring is a core feature of the OSM app, it's also loaded with tools designed to help offenders more easily meet drug rehabilitation goals and, hopefully, integrate them more quickly back into society.

For example, the app includes GPS locations of nearby shelters, housing aid agencies, job placement agencies and counseling services, Kingery says. And it can send pertinent paperwork on a defendant's case directly to a smartphone, helping ensure defendants show up to court when ordered.

There's also an onboard calendar reminding an offender of court dates, testing dates, medications to take, mandatory events to attend and other matters, Kingery adds.

"The app can also be used to text instant rewards for users who meet rehabilitation goals," Kingery says. "Someone who has passed a predetermined number of Breathalyzer tests, for example, could be texted an electronic coupon for $20 worth of groceries."

Mark Sherman, assistant division director of probation pretrial services for the Federal Judicial Center in Washington, D.C., says, "Apps like these reflect a shift in emphasis. Parole officers are more interested now in finding ways to reintegrate offenders ... back into society. "Of course," Sherman says, "whether or not this particular app is a success depends on how it's implemented."

This article originally appeared in the April 2015 issue of the ABA Journal with this headline: "Every Breath You Take: Offender monitoring comes to the smartphone."